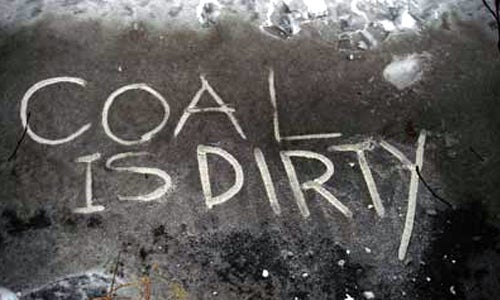 In the same days an entrepreneur went on federal trial for fraud over an unproven “clean coal” scheme, President Obama’s Department of Energy (DOE) gave a game-changing approval for a $1 billion gift to continue the unproven FutureGen “clean coal” boondoggle in Illinois.

Kind of ironic, ain’t it—if it weren’t so tragic.

On the heels of the West Virginia coal-cleaning chemical disaster, with Illinois residents already besieged by a toxic coal rush that has seen production increase by an estimated 70 percent in the last few years, amid record climate disruptions and drought and flooding, this billion dollar bonus to Big Coal might signal “game over” for clean energy and climate initiatives in the heartland—or at least Illinois. 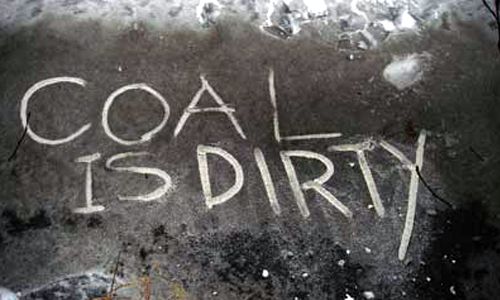 According to the DOE “record of decision,” the project “would support the ongoing and future use of the nation’s abundant coal reserves in a manner that addresses both aging power plants and environmental challenges.”

“Clean coal is an essential component of the President’s “All of the Above” energy strategy and the proposed project would help DOE meet its congressionally-mandated mission to support advanced clean-coal technologies,” the DOE added.

According to the Energy Information Administration, coal production—and its disastrous fallout of coal slurry, black lung disease and clean water contamination—in the Illinois Basin should surpass the central Appalachian coal fields by the end of the decade.

Too bad neighboring Iowa can’t take over Illinois—yes Iowa, a state that has taken the lead in the multi-billion-dollar wind industry, making it as competitive in the market as dirty coal.

Illinois, meanwhile, continues to lose nearly $20 million annually to maintain the state coal industry, according to a study last year.

Last spring, the Congressional Research Service issued their own concerns about the viability of FutureGen’s carbon capture and storage plans:

Nearly ten years and two restructuring efforts since FutureGen’s inception, the project is still in its early development stages. Although the Alliance completed drilling a characterization well at the storage site in Morgan County, IL, and installed a service rig over the well for further geologic analysis, issues with the power plant itself have not yet been resolved.

Other countries, like Norway, have abandoned the CCS boondoggles after years of planning.

A Saline County resident said it best this week, with a strip mining threatening his community’s future and clean water: “Our problem is we’ve got tornadoes and floods, but this is a man-made disaster,” he said. “We are trying to protect our homes and neighbors.”