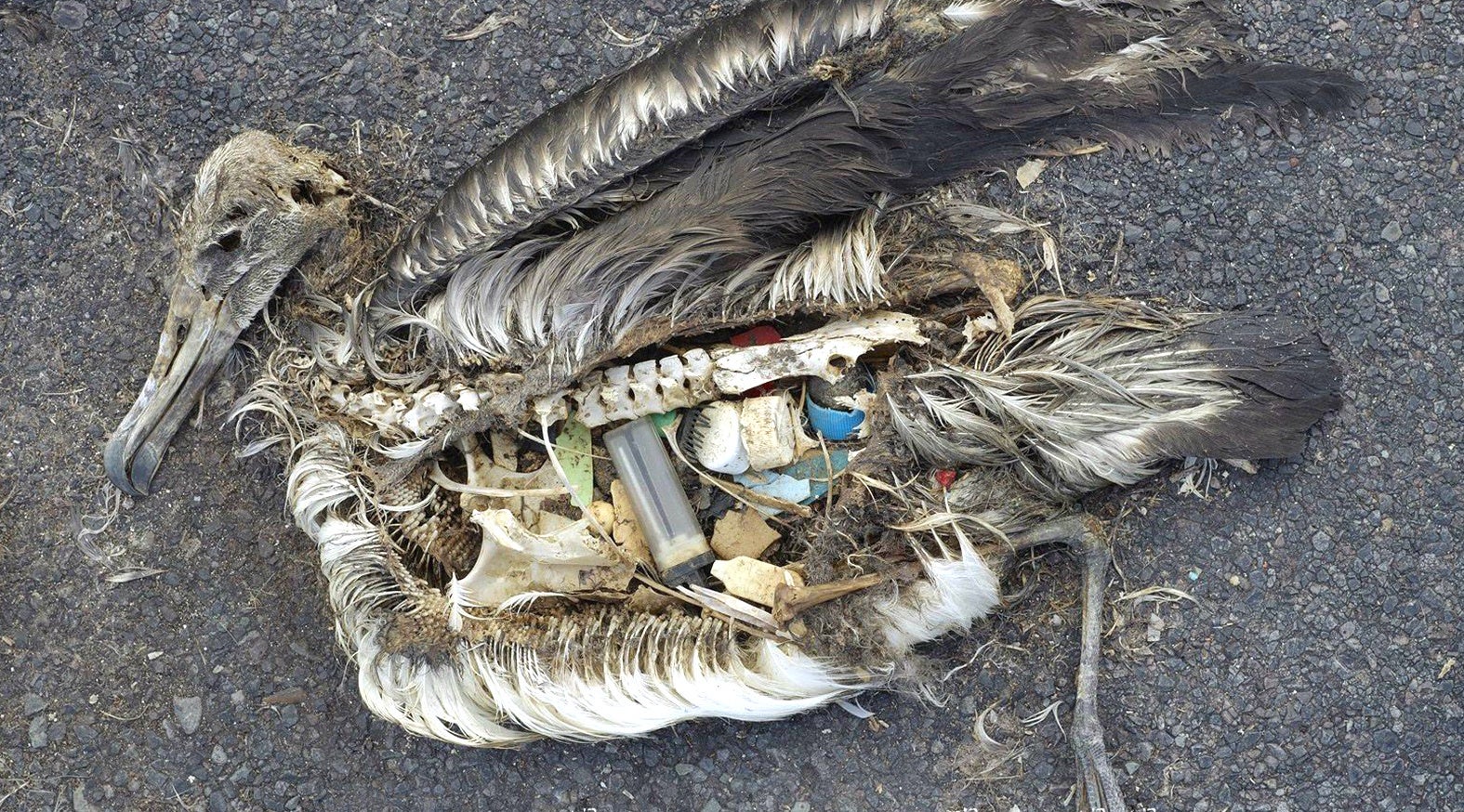 Scientists have calculated yet another item on the human shopping list that makes up the modern world: plastics. They have estimated the mass of all the plastic bottles, bags, cups, toys, instruments and fabrics ever produced and tracked its whereabouts, as yet another index of the phenomenal change to the face of the planet made by recent human advance.

Altogether, since about 1950, with the birth of a new industry, more than 8.3 billion tonnes (or 9.1 tons) of synthetic organic polymers have been generated, distributed and discarded. Of that total, 6.3 billion tonnes are classified as waste.

Of that waste, only 9 percent has been recycled, 12 percent incinerated and 79 percent of what is essentially indestructible man-made material is either in landfill or polluting the environment.

And much of that waste is now in the sea: in 2010, according to a new study in the journal Science Advances, plastic debris has now been found in all the world’s oceans. In 2010, an estimated eight million tonnes was swept downriver or blown by the winds into the sea. By 2050 landfill sites could be holding 12 billion tonnes.

“Most plastics don’t biodegrade in any meaningful sense, so the plastic waste humans have generated could be with us for hundreds or even thousands of years,” said Dr. Jenna Jambeck, an engineer at the University of Georgia, Athens, and one of the partners in the study.

“Our estimates underscore the need to think critically about the materials we use and our waste management practices.”

In the last two centuries, humans have become the greatest earth-moving force on the planet, and in paving roads and erecting office blocks, tenements, ports, factories and other structures have created a “technosphere” with a mass of 30 trillion tonnes.

In the course of doing so they have changed the planet so comprehensively that many millions of years from now, evidence of human presence will be marked by at least one geological stratum containing fossilized evidence that could have been left by no other lifeform.

Such changes have been so profound that earth scientists now propose a new name for this geological epoch: the Anthropocene.

Although polymers such as Bakelite appeared early in the 20th century, large-scale production did not begin until after World War II, and plastics made from fossil hydrocarbons grew to become the third biggest manmade fabric output, after cement and steel.

In 1960, plastic made up less than one percent of municipal solid waste; by 2005, in middle and high income countries, it made up more than 10 percent.

The researchers combed through the industry data to compile production statistics worldwide for resins, fibers and additives and to use these to work out the types of plastics now in the environment, most of it as discarded packaging: half of all plastic output becomes waste within four years of use. And in the years from 1950 to 2015, nearly half of all human plastic production was in the last 13 years.

“There are people alive today who remember a world without plastics. But they have become so ubiquitous that you can’t go anywhere without finding plastic waste in our environment, including our oceans,” Jambeck said.

The researchers make the point that plastics do not decompose; they may fracture and divide into ever smaller granules, but they accumulate, often with horrific consequences for wildlife, to create spoilheaps of discarded plastic cups, bottles and bags and other indestructible waste almost everywhere on the ocean shores.

This waste is now an ecological problem: the latest study has at least established the scale of the problem.

“What we are trying to do is to create the foundation for sustainable materials management,” said Roland Geyer, of the University of California Santa Barbara, who led the study.

“Put simply, you can’t manage what you don’t measure, and so we think policy discussions will be more informed and fact-based now that we have these numbers.”