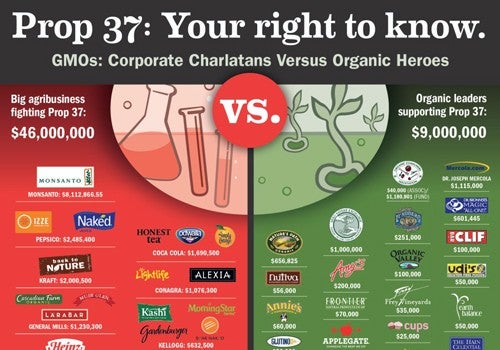 They stomped on our right to know. Now it’s time to get even.

It’s time to boycott the companies and brands whose dirty money confused and scared millions of California voters into voting No on Prop 37. It’s time to plaster their facebook pages with this message:

We won’t support you until you support us.

It’s time to raise a little hell. If we raise enough hell, maybe their parent companies will come to their senses and stop carrying the water for Monsanto and the biotech industry. Maybe they’ll stay neutral in the upcoming labeling battles in Washington state and Vermont.

The OCA is calling on consumers to boycott these organic and “natural” traitor brands:

• Kraft (Donated $2M): Boca Burgers and Back to Nature

Tell these companies that if they want your loyalty—and your grocery dollars±they must do two things:

1. Speak out publicly in favor of the pending GMO Labeling Ballot Initiative (I-522) in Washington State in 2013, as well as the pending GMO labeling bills coming up in Vermont and other states.

2. Contribute as much or more money to the Yes on I-522 Campaign in Washington than their parent corporations spent to defeat Prop 37 in California.

Prop 37 was narrowly defeated, by dirty money and dirty tricks. But it spawned a huge, national consumer movement that is fired up and more determined than ever to fight this battle until we win the right to know if our food has been genetically modified. We’re already collecting signatures in Washington State, talking to legislators in Vermont and Connecticut. A 30-state coalition is formulating a plan to collaborate on GMO-labeling laws and initiatives.

You are a part of this movement, and today we’re calling on you—on the millions of consumers who were outraged by the NO on 37’s dirty campaign—to send a clear message to the traitor brands who helped kill Prop 37, in the only language they understand—lost profits. 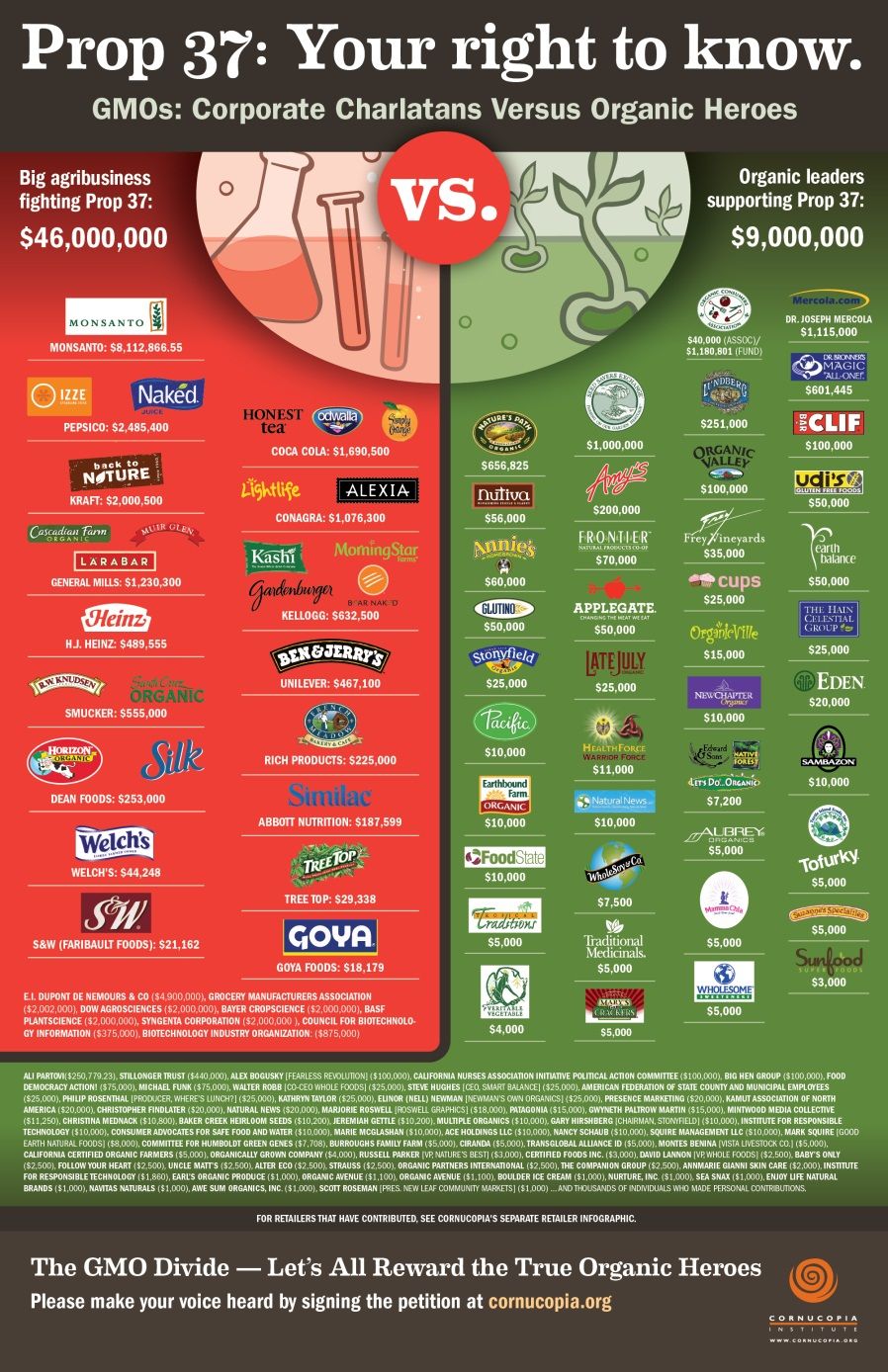