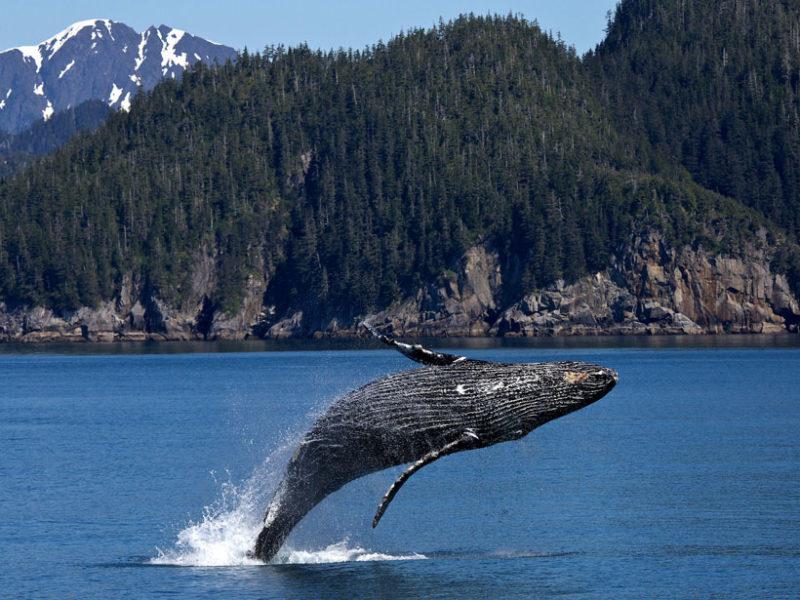 From 2014 to 2016, the Gulf of Alaska experienced the worst marine heat wave of the decade. From single-celled organisms to top predators, practically no level of the ecosystem was left unscathed. During the Pacific marine heat wave, tens of thousands of dead seabirds washed up on beaches, unusually low numbers of humpback whales arrived in their summer habitats, and toxic algal blooms spread along the West Coast of North America.

Now, a new study in Scientific Reports casts doubt on whether Gulf ecosystems will be able to return to their pre–heat wave conditions. This study—a collaborative effort between researchers at NOAA and several other government and research organizations—combined dozens of data sets to build a detailed picture of how many heat wave–induced changes have persisted. Thanks in part to long-term monitoring efforts by Gulf Watch Alaska, a program established in 2012 to assess the ongoing effects from the 1989 Exxon Valdez oil spill, scientists were able to compare pre–heat wave and present conditions in several different sections of the ecosystem.

“We were able to show these impacts—from the intertidal out to the pelagic [open ocean] ecosystem, and from algae and phytoplankton on up to whales and commercial fisheries, and a lot of different species in between,” said Robert Suryan, a NOAA marine biologist and lead author of the study.

Shannon Atkinson, a professor in the College of Fisheries and Ocean Sciences at the University of Alaska Fairbanks who was not involved in this study, said it’s very important that we understand the changes taking place in the Gulf of Alaska. “The ecological significance is huge,” she said. “We’ve seen such dramatic changes in the Far North…it really has made Alaska like a ground zero for climate change.”

In addition to impacts on the animals that make their homes in the Gulf of Alaska, changes in the Gulf ecosystem could have major implications for the livelihoods of many Alaskans as well. This region supports subsistence fisheries, commercial fisheries, and a major tourism industry.

For some animals, the heat wave was devastating. Most metrics showed a decline in sea stars, herring, and Pacific cod; their populations today generally remain lower than pre–heat wave measures. Numbers of sea lion pups trended downward, and some areas had fewer nesting seabirds like common murres and kittiwakes.

But, Suryan pointed out, as some species suffered, others thrived. For example, researchers saw a major decrease in the amount of brown algae in the intertidal zone. That’s bad news for species like herring, which lay their eggs on the algae. But as algae cover decreased, “that opened up space” for other organisms in the intertidal zone, explained Suryan. “In tidal communities, there’s a lot of competition for space, so there was an increase in barnacles and mussels.… So that’s a benefit to communities that rely more on those particular species.”

Similarly, there have been positive and negative effects on different fisheries in the region. Although the Pacific cod fishery has suffered in the years during and since the heat wave, Suryan said that juvenile sablefish have been surviving and growing at greater rates than usual, so sablefish fisheries will likely do well in the coming years.

As ecosystems change, we as humans need to change how we interact with and manage them, researchers said. “With these types of studies, we’re hopeful that we can really benefit the management of natural resources,” said Suryan. “[We’re] thinking about the communities in the region and the industries in the region—how can we help inform their adaptation to this change?”

This study is just the beginning. Suryan looks forward to more focused research on the mechanisms by which these changes are occurring. Why do some species do better than others? Even within the same species, why do some age groups thrive while others decline? By understanding such mechanisms, he said, we will be better able to predict how the changing climate will affect the future of these important ecosystems.

In addition to measuring the number of animals in the population, Atkinson said that measuring things like reproductive rates and biomarkers of stress can also be valuable indicators of how well a group of animals is faring in a changing environment.

Unfortunately, climate change may not be the only threat these animals face. Atkinson said it’s important to determine how animals will respond to cumulative stressors (including climate change, disease, and pollution) to predict how well populations will survive in the coming years.