Surprising Study: Orangutans Are Only Non-Human Primates Who Can ‘Talk’ About the Past 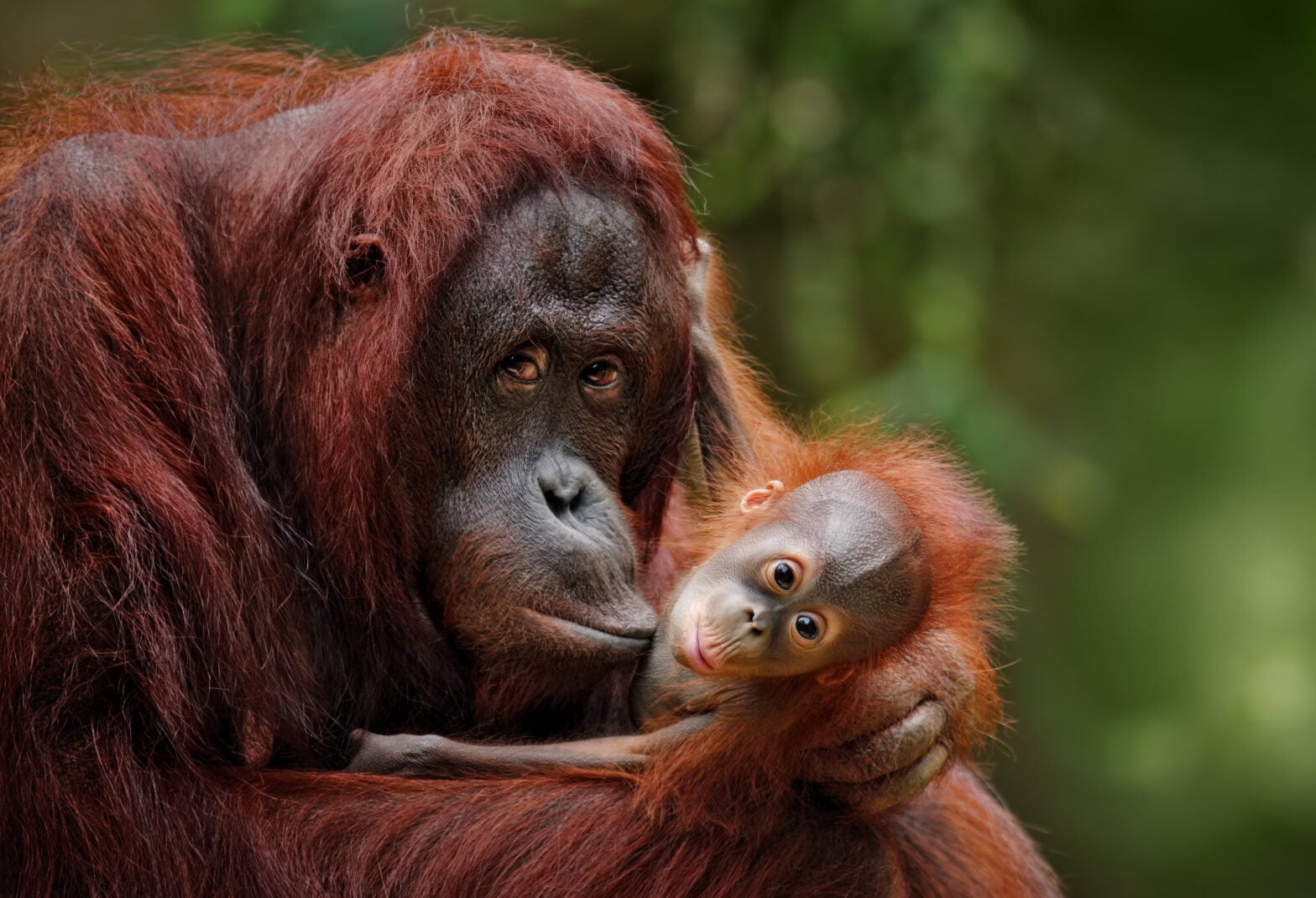 We already know that
orangutans are some of the smartest land animals on Earth. Now, researchers have found evidence that these amazing apes can communicate about past events—the first time this trait has been observed in a non-human primate.

A new
study published in the journal Science Advances revealed that when wild Sumatran orangutan mothers spotted a predator, they suppressed their alarm calls to others until the threat was no longer there.

This behavior is called “displaced reference,” or “the capacity to transmit information about something that is not present or about a past or future event,” the authors wrote in the study. It’s so rare that its
only documentation in a non-human species is the dance of forager honeybees.

The way the University of St. Andrews researchers designed their experiment is hilariously charming. They draped themselves in white, spotted, patterned and tiger-stripe sheets and crawled on all fours underneath mother orangutans in Sumatra’s Ketambe forest.

After spotting a #predator nearby, Sumatran #orangutan mothers temporarily withheld calling out in alarm. This behavior is representative of a process in humans called “displaced reference,” and seen here for the first time in a wild, non-human #primate https://t.co/byqq0nAe6Z pic.twitter.com/Uk2tWL1gmV

The researchers crawled for around two minutes before moving away from the orangutans’ sight. Instead of making an instant cry, the primates stayed quiet for an average of seven minutes before they made their alarm calls.

“When exposed to predator models”—the researchers nonchalantly explained—”Sumatran orangutan mothers temporarily suppressed alarm calls up to 20 min until the model was out of sight.”

Adriano Reis e Lameira, one of the researchers, explained to Science Magazine that the females stayed quiet in order to not draw attention.

One female “stopped what she was doing, grabbed her infant, defecated [a sign of distress], and started slowly climbing higher in the tree,” Lameira said. “She was completely quiet.”

“Twenty minutes passed. And then she finally did it.” Once she started her warning call, it went on for more than an hour.

Since orangutans are closely related to humans, this study could provide clues about the evolution of language itself, Carel van Schaik, a primatologist at the University of Zurich in Switzerland, who was not involved with the study explained to Science Magazine.

Check out this video for more about the study: