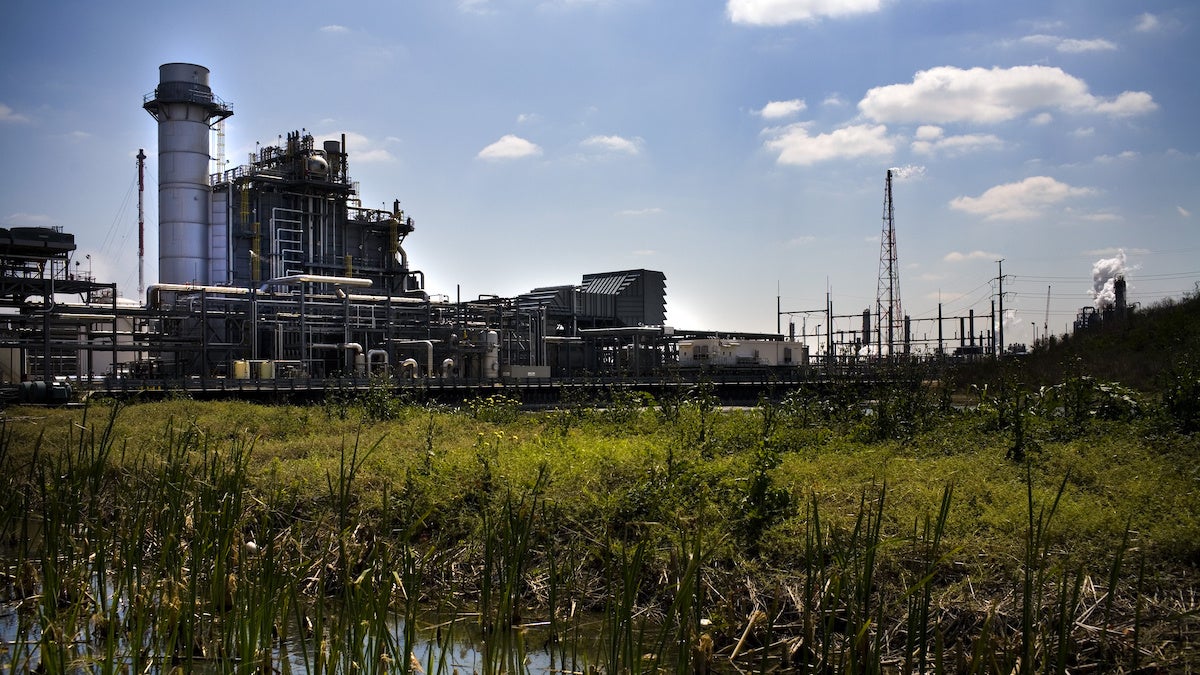 The Baytown Exxon gas refinery, Baytown, Texas is one of the largest oil-producing facilities in the U.S. Benjamin Lowy / Reportage by Getty Images

Oil-producing nations led by Russia, the U.S. and Saudi Arabia reached an unprecedented agreement on Sunday to cut oil production by 9.7 million barrels per day, or nearly 10 percent of what is currently produced, as The New York Times reported.

Since the COVID-19 pandemic has triggered lockdowns around the world, the demand for oil has plummeted nearly 35 percent, causing huge surpluses in oil supply and deep drops in the price of crude oil, which fell to 18-year lows. The new agreement to slash oil production starting in May is twice the size of the cuts agreed to during the global financial crisis 12 years ago and signals a truce in a growing price war between Russia and OPEC’s de facto leader, Saudi Arabia, according to The Guardian.

The alliance, called OPEC+, includes OPEC members as well as non-members like Russia and Mexico, but not the U.S. The deal was struck after marathon negotiations and concessions made to Mexico, which held up the deal. Mexico opposed the amount it was being asked to cut, but finally agreed to cut 100,000 barrels per day, instead of its initial allocation of 400,000 barrels per day, according to NBC News.

The deal means oil producers will drop their production in May and June and then steadily increase it again until the deal expires in two years. That also means that most Americans will actually see the price of gasoline go up, leaving some to wonder why a U.S. president would broker a deal that will make Americans pay more at the pump, according to POLITICO. It seems Trump was spurred by the U.S. shale oil industry, which asked for help after oil prices dropped to an 18-year low. The industry has been amongst his most loyal supporters.

“Does it save shale? Not necessarily,” said Randolph Bell, director of the Atlantic Council’s Global Energy Center, as POLITICO reported. “But it’s a really good thing for his politics domestically.”

“Unprecedented measures for unprecedented times,” Ed Morse, Citi’s global head of commodities, wrote in a note to clients on Sunday, as NBC News reported. Morse added in his note that the cut will have a significant impact in the second half of the year and influence prices up to the mid-s by year-end.

The price hike seems counterintuitive for Trump who tweeted that on March 9 it was good for consumers that gasoline prices were going down. Three days later, he told reporters, “Frankly that’s like a big tax cut, not a little tax cut for the consumer. So there’s something about that that I like,” as Bloomberg reported. On March 30, he reversed course, telling Fox news, “I never thought I would be saying this: Maybe we have to have an oil increase,” as Axios reported.

On Twitter, Nobel Prize-winning economist Paul Krugman questioned why Trump would help the oil industry but not postal workers. Krugman speculates that it is because the oil and gas industry gave 88 percent of its contributions to Republicans while the postal service only gave 12 percent to Republicans. Furthermore, Krugman noted that Trump has shown affinity for the autocrats who run Russia and Saudi Arabia.

On Friday, the world’s 20 largest economies held a separate G-20 virtual meeting to discuss the world’s oil markets, raising speculation that even more cuts to production may be on the horizon. That meeting, which included countries like Canada, which produce oil but are not in OPEC+, ended without any new commitments, as NPR reported.

OPEC+ has asked non-member nations like Brazil, Canada, Norway and the U.S. to join the deal. If that happens, it could mean a cut in 20 million barrels of oil per day, according to The Guardian.

One caveat to the deal is there is not actually an international enforcement agency that regulates oil production. Even though a deal has been reached, cheating on oil production limits is common, according to The New York Times.

Many analysts were underwhelmed by the deal.

“The OPEC+ deal, although well-meaning in intent, wholeheartedly fail[s] to address the supply/demand basis confronting the world,” said Jeffrey Halley, senior market analyst for Asia Pacific at Oanda, as CNN reported. “It can at best only put a floor under oil prices at their March lows.”