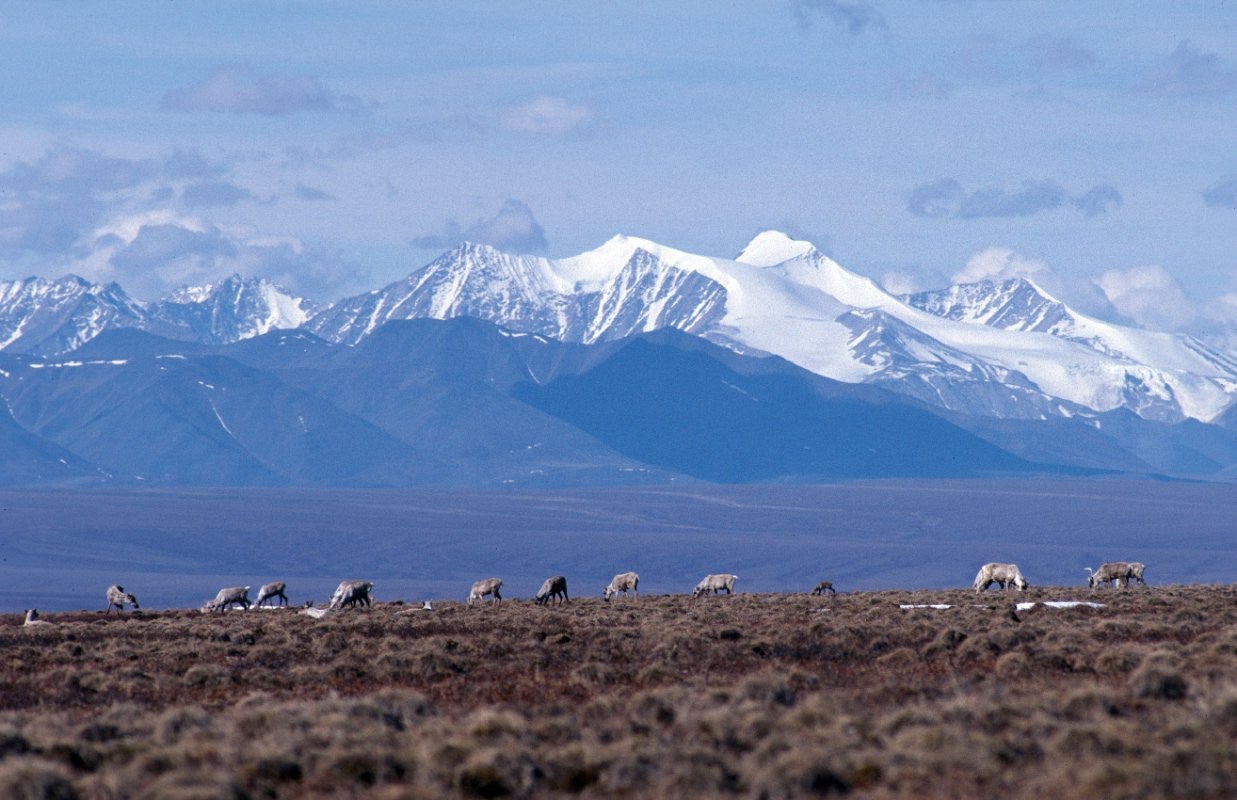 You would have thought that after being battered by two devastating hurricanes in recent weeks, which experts believe were fueled by warmer seas caused by climate change, even the most die-hard climate denier would think again.

But you would be wrong.

You would have thought that as the cost of rebuilding after Hurricanes Irma and Harvey mounts, with an estimated bill of $150 billion so far, that politicians would press to move away from a fossil fuel economy.

But you would be wrong again. In fact the opposite is happening.

Instead of pushing for clean technology and to end our oil addiction, the Trump administration is quietly pushing to open up one of America’s great last wilderness areas, the Arctic National Wildlife Refuge, to oil drilling.

Anyone who knows about contemporary American petro-politics will know that the fight over ANWR is not new. It is a 40 year “multi-generational” fight. The naturalist, Peter Matthiessen, once called the battle over ANWR the “longest running, most acrimonious environmental battle in American history.”

The oil industry and its allies have long salivated over the prospect of drilling in the refuge’s 19.6 million acres. They have long argued that the refuge, home to caribou, polar bears and many endangered species, also houses an estimated 10 billion of barrels of recoverable oil.

The industry has wanted to drill the refuge for decades, but have been stopped by a determined coalition of environmentalists, First Nations and conservationists.

But for how much longer? When Trump became president he said that opening up ANWR was a top priority. And it seems that despite the recent Hurricanes, Trump is pressing ahead to do this.

As the Washington Post reported at the end of last week: “The Trump administration is quietly moving to allow energy exploration in the Arctic National Wildlife Refuge … with a draft rule that would lay the groundwork for drilling.”

Although the Trump administration is pushing for the move, the final say on whether drilling goes ahead lies with Congress.

But in the meantime, officials from the Interior Department—now stuffed full of pro-oil appointees—are quietly modifying a regulation from the 1980’s that would allow the industry to undertake seismic surveys.

The Post acquired a leaked memo from the U.S. Fish and Wildlife Service acting director, James Kurth, to prepare an assessment and a proposed rule to update regulations which go back to the eighties.

Kurth wrote: “When finalized, the new regulation will allow for applicants to [submit] requests for approval of new exploration plans.”

Once the rule is finalized, companies could bid to undertake seismic testing in the refuge.

Environmentalists are naturally outraged. Defenders of Wildlife president, Jamie Rappaport Clark, who led the Fish and Wildlife Service under President Bill Clinton, told the Post: “The administration is very stealthily trying to move forward with drilling on the Arctic’s coastal plain … This is a complete about-face from decades of practice.”

“This is a really big deal,” adds Niel Lawrence, Alaska director of the Natural Resources Defense Council. “This is a frontal attack in an ideological battle. The Arctic is the Holy Grail.”

It looks like this battle will go to the courts. It could drag on for years. The stakes are huge. As Robert Mrazek, a former New York congressman and chair emeritus of the Alaska Wilderness League told a recent article in Fortune magazine: “ANWR is an American Serengeti. You can have the oil. Or you can have this pristine place. You can’t have both. No compromise.”

Sarah James, an ambassador for the Gwich’in First Nations, who lives close to the refuge and who opposes oil development, adds: “If you drill for oil here, you will be drilling into the heart of our people.”