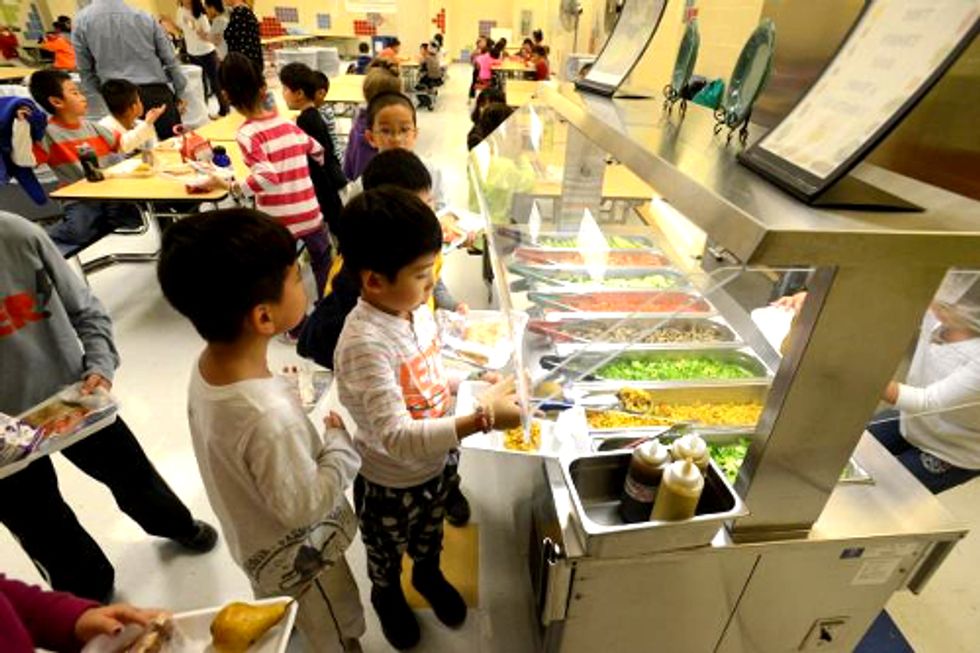 A public school in Flushing, NY that was the first in the nation to offer a 100 percent vegetarian lunch menu reported recently that students have improved attendance, test scores and energy in the wake of the change.

After one semester, the number of students at the school who were classified as overweight and obese dropped 2 percent, Principal Bob Groff said. He believes that number is down even more this year.

The school, which has more than 400 students in grades pre-K through 3, changed its lunch menu in January. The school went vegetarian because the plant-based choices were superior to the meat-based ones offered by the city, Groff said.

Students also attend weekly nutrition classes where they learn about making smart food choices, he said. Teachers also let students whose energy is lagging to take breaks that allow them to get up for a minute and be active.

The school, P.S. 244, created the vegetarian menu with the help of the New York Coalition for Healthy School Food.

About 70 percent of the students at P.S. 244 have families with Asian or Indian roots; this veggie-friendly cultural background may have played a role in the smoothness of the transition and the popularity of the program with the school’s parents and students.

“The food in their cafeteria is the envy of many,” New York Coalition for Healthy School Food Executive Director Amie Hamlin said. “The children are getting the nutrients their bodies and brains need to function at their optimal levels.”

Hamlin said she has been fielding calls from other schools interested in creating healthier meal plans.

P.S. 244 was recognized last week by the Physicians Committee for Responsible Medicine, a Washington, D.C.-based advocacy group that promotes plant-based diets, for becoming the country’s first public school to serve vegetarian-only meals in its cafeteria.