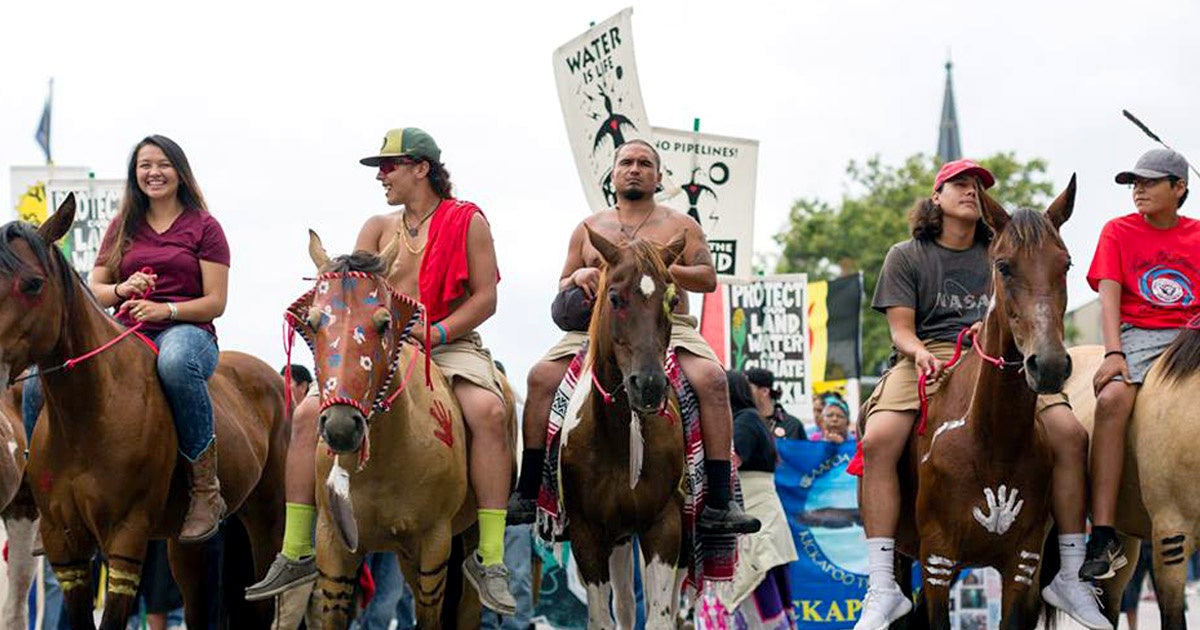 Pipeline Fighters from Nebraska and across the region marched through the streets of Lincoln, Nebraska Aug. 6. Bold Nebraska

While the tribes insist that a June order instructing the Army Corps of Engineers to complete a more thorough analysis of the pipeline means that pipeline operations should be shut down in the meantime, the tribes also “reluctantly” proposed improvements, including creating a spill response plan, should the court decide to keep the pipeline running.

“The question before the court now is whether the pipeline should continue operating, exposing the tribes to the very risks that the Corps will be examining, while this remand is underway,” the tribes wrote in a brief. “Under both the law of this Circuit as well as the history of this action, the answer is no.”

In the Midwest, Native resistance is gearing up for the next challenge: representatives from the Ponca, Santee, Omaha and Winnebago tribes signed a treaty Tuesday to join more than 150 tribes in Canada and the U.S. in opposition to the Keystone XL pipeline. The four federally recognized Tribal Nations in Nebraska insist that they will pursue peaceful methods of legal opposition and protest.

As reported by KLKN, Larry Wright Jr. with the Ponca Tribe of NE said the treaty stressed “The impact that [Keystone XL] will have negatively when it does leak and get into those waterways and into our soils and ultimately as it crosses our tribe’s historic land base.”

“It wasn’t right when they did it to us and we don’t think it’s right to do it to landowners today,” Wright told KLKN.