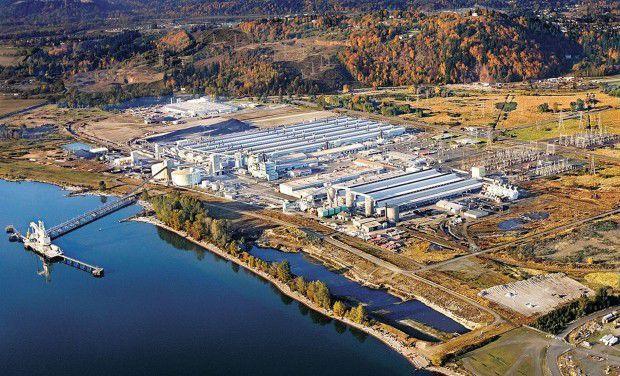 Millennium Bulk Terminals of Longview, Washington, is making plans for a facility along the Columbia River that would export up to 44 million tons of coal a year to Asia, increasing U.S. exports of coal by 40 percent. But, the final environmental impact statement (FEIS) of the proposed coal-export terminal has residents fearing for the health of people and the planet.

The FEIS, which was conducted by the Washington State Department of Ecology and Cowlitz County, states that there could be an increased risk of cancer from coal dust, the possibility of train derailment and other accidents, and up to 2 million metric tons of greenhouse gas emissions once the coal is burned in Asia.

“All of those issues are concerning, but especially the impact to people’s health is problematic,” ecology department director Maia Bellon told Phys.org.

If the project is passed, it would mean eight fully loaded coal trains a day traveling from Wyoming to Longview, spreading toxic coal dust through local communities along the way and up to 1,680 additional bulk cargo vessels would be traveling on the Columbia River—the second largest river in North America—every year.

“The multiple findings of significant, adverse impacts that cannot be mitigated mean that Ecology and Cowlitz County should deny Millennium’s permit applications,” Jan Hasselman, staff attorney with Earthjustice, stated. “Any other outcome would be scientifically and legally unsupported.”

Indigenous communities, environmentalist groups and locals have been battling Millennium Bulk for years. In January, the Washington Department of Natural Resources denied the company a necessary sublease due to its unclear business plan and history of bankruptcy. But, with President Trump‘s campaign to try and revive the coal industry, they fear that the study won’t be enough to deny the proposal once and for all.

“Doctors, parents, farmers, business owners and many others have spoken out in unprecedented force against Millennium’s dirty coal export project,” Jasmine Zimmer-Stucky, co-director of the Power Past Coal campaign, said.

“This environmental review validates many of their concerns about how coal export will harm our climate, health and Columbia River. Now we look to state leaders to stand up to the coal industry and deny all permits for Millennium.”

But, Millennium CEO Bill Chapman said the company has “carefully designed the project to protect air and water quality, fish and wildlife, groundwater and people in accordance with regulatory requirements.”

However, Chris Hill of Landowners and Citizens for a Safe Community said, “the coal industry cannot be revived. It’s being replaced across the country and around the globe by renewable energy. Longview needs real economic solutions, not a dead-end industry that pollutes our air and clogs our railways.”

The Army Corps of Engineers will release a review of the proposal later this year and from there, officials will decide the fate of the project.

• Simply operating this terminal would have the GHG equivalent of adding 8,300 cars to the road every year.

• The FEIS concludes that the GHG impact of exporting 44 million tons of coal varies significantly based on different assumptions but suggests that under the “preferred scenario,” the impact would be just under 2 million tons of CO2 equivalent annually. This amount is very significant (equivalent to adding 425,000 cars to the road annually) and far above the thresholds of what should be considered acceptable at a time when the state is committed to reducing carbon pollution. Under some scenarios, emissions could be as high as 55 million tons of GHG, substantially higher than Washington state’s entire GHG footprint from all sources.

• A Health Impact Assessment (HIA) is underway and, in turn, the FEIS does not incorporate the HIA findings. Even without the HIA, Ecology and Cowlitz County conclude that the project’s impacts on public health are “unavoidable and significant.” S-58.

• Increased Cancer Risk for People Living Near Terminal: “Based on the inhalation-only health risk assessment, diesel particulate matter emissions primarily from Proposed Action-related train locomotives traveling along the Reynolds Lead, BNSF Spur, and BNSF main line in Cowlitz County would result in areas of increased cancer risk. The maximum modeled cancer risk increase in the City of Longview would be 50 cancers per million in the Highlands neighborhood, a low-income and minority community. This impact would constitute a disproportionately high and adverse effect on minority and low-income populations and would be unavoidable and significant.” S-14.

• Noise: “If the Federal Railroad Administration does not approve a Quiet Zone [near the terminal], the impacts would be unavoidable and significant.” S-14.

Impacts to Tribes and Tribal Fishing

• Unavoidable Impacts: The FEIS concludes that coal trains would travel through usual and accustomed fishing areas and could restrict access to tribal fishing areas in the Columbia River. The FEIS does not address the significance of impacts related to treaty rights. S-42, S-48.

• Activities related to Millennium’s project “could reduce the number of [Columbia River] fish surviving to adulthood, which could affect the number of fish available for harvest by the tribes.”

• Traffic delays for public and emergency response: “If no improvements are made to reduce vehicle delay at these crossings, this disproportionately high and adverse effect on minority and low-income populations would be unavoidable and significant.” S-14.

• “In a 24-hour period, trains for the Proposed Action would increase the probability of emergency response vehicles being delayed by 10% at crossings along the Reynolds Lead and BNSF Spur with current track infrastructure.” S-32.

• Other Rail Traffic: “Proposed Action-related trains could result in an unavoidable and significant adverse impact on rail transportation … and rail safety.” S-30-31.

• The project would result in a 27% increase in vessel traffic in the Columbia River (massive coal bulkers would transit through the Columbia River 1,680 times per year, nearly 5 times a day), increasing the risk of accidents and consequent environmental risks. S-33. Oil spill risks during refueling would also increase.

• The addition of 18 unit trains carrying coal each day would increase the risk of rail accidents by 22% in the County and statewide. S-31.

• If a vessel accident occurred, “the impacts could be significant, depending on the nature and location of the incident, the weather conditions at the time, and the discharge of oil. Although the likelihood of a serious Proposed Action-related vessel incident is very low, there are no mitigation measures that could completely eliminate the possibility of an incident or the resulting impacts.” S-43.