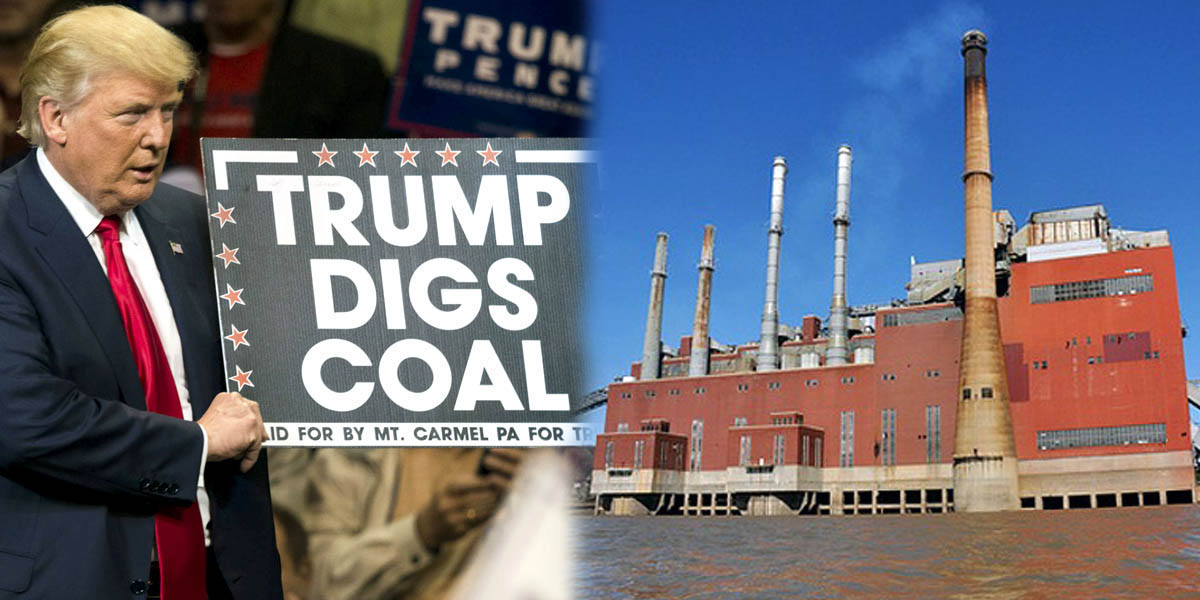 Speaking at a rally in Kentucky Monday night, President Trump told the crowd his administration is “preparing new executive actions to save our coal industry and to save our wonderful coal miners from continuing to be put out of work.”

The president also promised to “turn the EPA from a job-killer into a job creator.” The timing of the executive order in question, which reportedly includes ordering a rewrite of the Clean Power Plan and threats to the social cost of carbon, was pushed back again by the White House on Monday. The president will reportedly sign the order by the end of this month.

Hours before Trump’s rally, electric company Dayton Power & Light announced plans to close two of its coal-fired plants in Ohio by next June. The company announced in a statement that, “without significant changes in market conditions,” the J.M. Stuart and Killen plants would not be “economically viable beyond mid-2018.”

“Despite claims to the contrary, King Coal is not coming back,” said Michael Bloomberg. “Four coal-fired power plants have been slated for retirement since November, reflecting strong demand for clean energy over polluting coal.”

The plants, which sit at the heart of a region Trump promised to revitalize, generate 3,000 megawatts of energy and employ nearly 500 workers. In a settlement reached earlier this year with groups including the Sierra Club, the company will invest in 300 megawatts of solar and wind projects by 2022 and provide a $2 million fund for the communities affected by the plants’ closures.

“The rapid deployment of clean energy is unstoppable,” Bruce Nilles, senior director of the Sierra Club’s Beyond Coal Campaign, said. “What is missing in Ohio and too many communities is a plan to help the impacted workers and communities make the transition away from coal.”