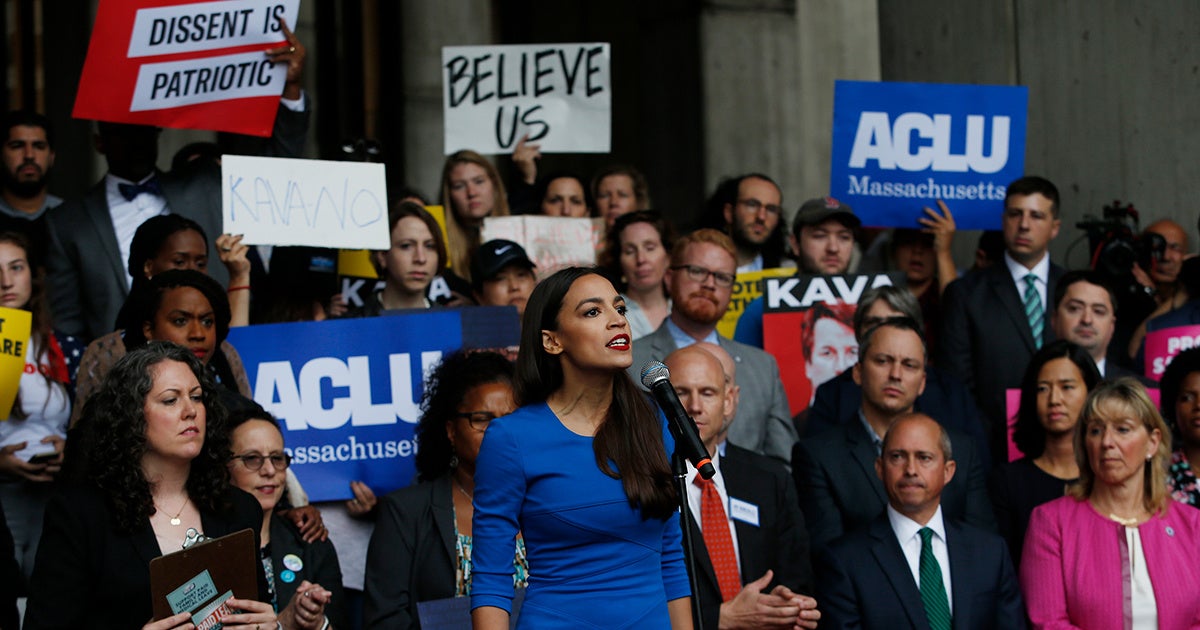 As the debate within the new House Democratic caucus continues to grow over the demand to create a New Green Deal select committee, Rep. Ro Khanna (D-Calif.) came out on Saturday to say that not only should Nancy Pelosi create such a committee, she should appoint newly-elected New York freshman Alexandria Ocasio-Cortez to be its chairperson.

“Pelosi should not only create this committee, but also appoint ⁦@Ocasio2018⁩ as Chair,” Khanna tweeted. “That is the boldness voters want. We need to shake up Congress & give the millennial generation a chance to lead. They have the most at stake re climate change.”

While the energy behind the demand has come from grassroots youth activists, led by groups that include the Sunrise Movement and Justice Democrats, Ocasio-Cortez generated numerous headlines—and nearly a week of Capitol Hill chatter—after she joined protesters staging a sit-in at Pelosi’s office on Tuesday.

Since then, as many have noted, the arguments for and against making a bold climate plan a top priority of Democrats have put a spotlight on the tensions between the more centrist establishment figures in the party—as well as those who have taken the most from the fossil fuel industry over the years—and the ascendent progressive wing that is calling for much more aggressive policies and visionary solutions.

The veteran Democrats named as wary about a Green New Deal in this article have accepted nearly $2 million in campaign contributions from fossil fuel interests https://t.co/BBlMdFgpUd

Describing her engagement with the Pelosi sit-in and the activists who staged it as “good trouble,” Ocasio-Cortez said there’s a reason that Democrats, not the climate-denying GOP, are targeted on this issue at this point.

“I got a lot of heat when I joined these amazing activists on Tuesday,” she wrote in an Instagram post on Saturday. “‘Go protest Republicans,’ we were told. ‘You’re being disruptive and unhelpful,’ we were admonished. But the thing about protesting Republicans is that none of them listen to their constituents. We learned that w/ the Kavanaugh fight and so many before that. Democrats, on the other hand, do listen. So when everyday people show up in numbers and ask for change with commitment and consistency, we can get somewhere. And we are.”

I am proud that our party walks the walk in listening to advocates and everyday people to make real, legislative change. https://t.co/q2FBgEJbto

The Green New Deal committee, meant to include six Republicans, would be charged with drafting a 10-year federal infrastructure and jobs plan to neutralize the United States’ output of greenhouse gas emissions, adopt 100 percent renewable electricity and reduce widening income inequality. The resolution would likely seek to bar lawmakers who have accepted donations from fossil fuel companies from serving.

Since Tuesday, the number of Democratic House members supporting the creation of the committee has continued to grow:

Thank you to the 9 members of Congress and the dozens of organizations now supporting our #GreenNewDeal resolution with @Ocasio2018 & @justicedems!

Join our call tomorrow at 2pm ET to get plugged in to this growing movement: https://t.co/FiqvAVSjuN. pic.twitter.com/zSJ1utdsRY

As Aaron Huertas of the progressive advocacy group Swing Left said on Saturday: “All the pundits who admonished @Ocasio2018 and @sunrisemvmt for pushing Democrats on climate showed that they’re still thinking like it’s 1999. But our politics have changed. Dramatically. Get with the times.”

According to Jamie Henn, co-founder and U.S. program director for 350.org, it’s ridiculous that the creation of this committee is even up for debate:

Facing the collapse of civilization, Democrats are arguing about committee makeup and turf? This is an all hands on deck moment and the creation of a #GreenNewDeal committee should be welcomed! https://t.co/OyThAWNwqf

Writing in the New Statesman, columnist Grace Blakeley argued that the newly-elected progressive headed to Congress, and others calling for the Green New Deal, are putting forward “the most transformative economic proposal” since the era of FDR.

But it’s not just the economic stimulative effect of such a program that makes it so vital, writes Blakeley. There are much “more far-reaching aims” in the Green New Deal than just that boosting GDP or creating new jobs.

“As the IPCC’s recent report warned, and as the ferocious fires in California have demonstrated,” she writes, “the world is edging towards climate apocalypse. If we fail to fundamentally change the basis of production, there won’t be an economy by the end of this century. As such, the GND doesn’t simply aim to boost demand, it aims to transform the nature of the US economy.”