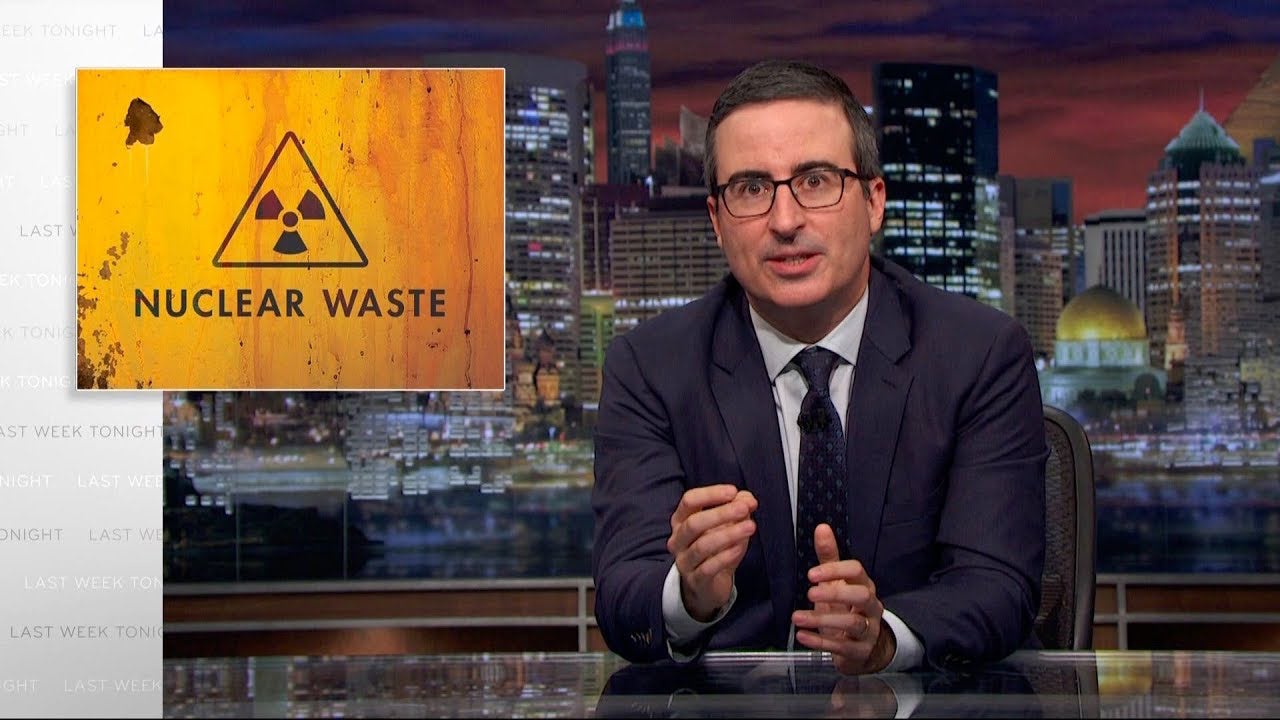 “One out of three Americans lives within 50 miles of high-level nuclear waste, some of which, like Plutonium, is lethally dangerous and will be around for an incredible longtime,” John Oliver explained last night on Last Week Tonight.

According to the Nuclear Energy Institute, there is more than 71,000 tons of nuclear waste stranded at 104 reactors. “It was a problem we should have solved in the 1980s,” Oliver said, “much like a Rubik’s Cube.”

Despite years of using nuclear energy, the country still doesn’t have a permanent facility for its storage, the comedian said. Oliver proposed what the U.S. really needs is some kind of “nuclear toilet.”