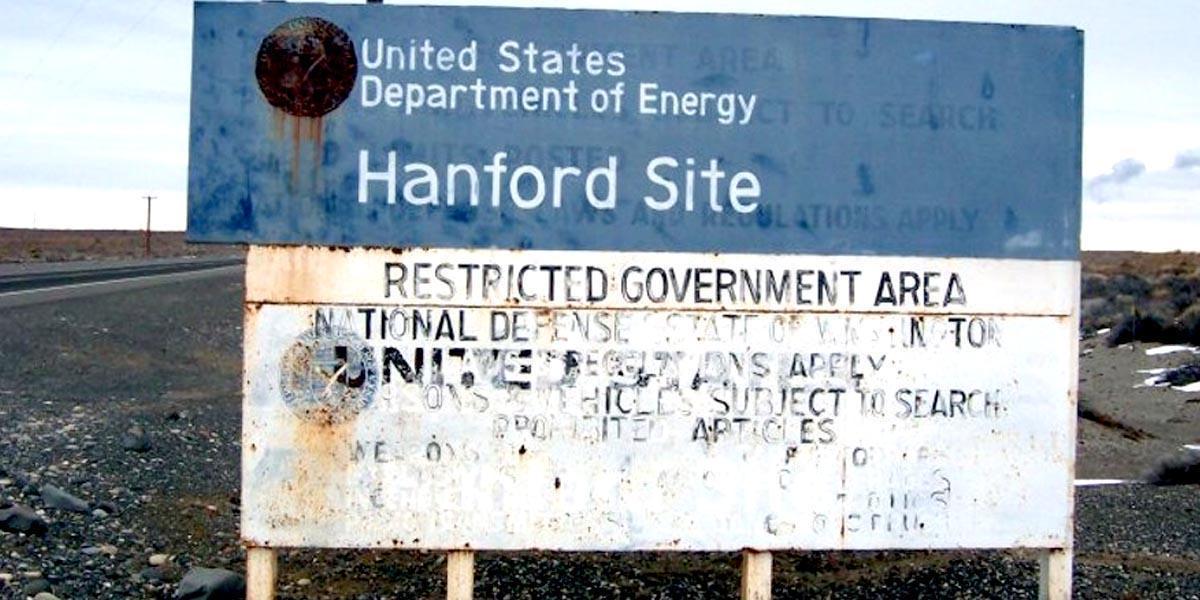 The Department of Energy declared an emergency Tuesday at a plutonium-handling facility at the Hanford Nuclear Reservation in Washington state after a tunnel partly collapsed. Federal officials said, there was “no indication of a release of contamination at this point.”

Hundreds of Workers were told to evacuate or take cover as officials responded to reports of “a cave-in of a 20 foot section of a tunnel that is hundreds of feet long that is used to store contaminated materials,” according to a statement from the U.S. Department of Energy (DOE).

“The tunnel itself was breached. There was a 20-foot wide hole,” a spokeswoman for the Department of Energy said by telephone from the Hanford Joint Information Center.

The tunnel, located next to the Plutonium Uranium Extraction Facility, also known as PUREX, is in the center of Hanford in an area known as the 200 East Area.

“The PUREX facility is one of Hanford’s most contaminated areas,” Dan Serres, conservation director at Columbia Riverkeeper, told EcoWatch. “It was the source for the majority of Hanford’s weapons plutonium, and Hanford itself produced more than two-thirds of the plutonium in the U.S.”

“The tunnel collapse is a disturbing event, and we hope for the safety of all the workers in the area,” Serres continued. “Their work is critical to protecting our region and the Columbia River. Looking forward, we will be watching closely to see how the U.S. Department of Energy continues the cleanup effort in this area and throughout the Hanford site.”

The Energy Department said via Twitter that Sec. Perry “has been briefed on the incident.” The most recent update from the DOE, said crews were continuing to monitor the air as employees were being released early as a precaution.

“This is a potentially serious event,” Edwin Lyman, a senior scientist at the Union of Concerned Scientists, said. “I can see why the site ordered emergency measures. Collapse of the earth covering the tunnels could lead to a considerable radiological release.”

The Hanford site, in southeastern Washington about 170 miles east of Seattle, is known for being the most contaminated nuclear site in the country. The facility made more than 20 million pieces of uranium metal fuel for nine nuclear reactors along the Columbia River. The reactors produced plutonium for America’s defense program. Production ended at the facility in the late 1980s, and cleanup began in 1989, after a landmark agreement between the DOE, the U.S. Environmental Protection Agency and Washington state.

According to a report late last year from the Oregon Public Broadcasting:

“Hanford is the nation’s largest nuclear cleanup site, with 56 million gallons of radioactive waste sitting in old, leaky underground tanks just a few hours upriver from Portland. After more than 20 years and $19 billion[,] not a drop of waste has been treated.

“Hanford sits next to the Columbia River. It was one of the original Manhattan Project sites. Its nine nuclear reactors irradiated uranium fuel rods. That created plutonium, which was extracted with chemicals, processed and shipped to weapons factories. Each step produced radioactive waste. …

“The stored waste has to be treated in special rooms called black cells, which are too radioactive for humans to enter. The machinery in these black cells is supposed to operate for 40 years with no direct human intervention. If something goes wrong, the cells could be damaged.”

Watch here to learn more about the Hanford site: