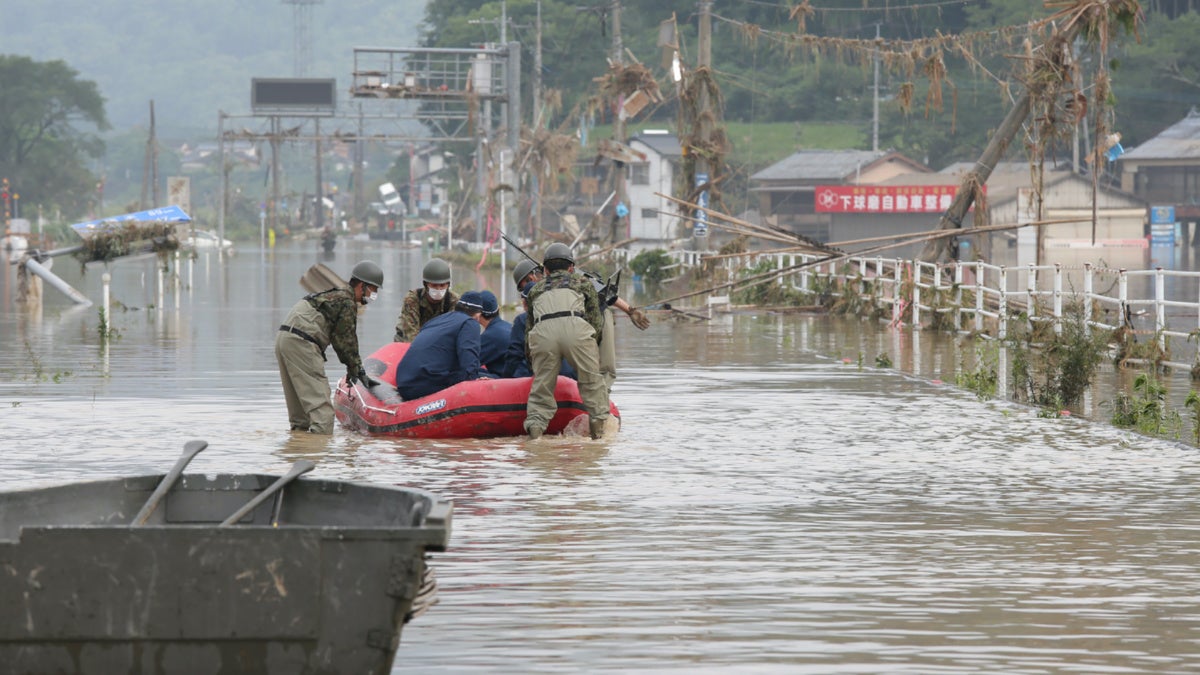 Scores of people remained stranded in southern Japan on Sunday after heavy rain the day before caused deep flooding and mudslides that left at least 34 people confirmed or presumed dead.

Floodwaters from the Kuma River inundated many houses, buildings and vehicles, causing people to climb onto roofs and wait for rescue.

Altogether 16 residents at an elderly care home in Kuma Village are presumed dead after the facility was flooded by water and mud.

Fifty-one other residents have been rescued by boats and taken to hospitals for treatment, officials said.

Eighteen other people elsewhere have been confirmed dead, while more than a dozen others were still missing as of Sunday afternoon.

The Fire and Disaster Management Agency said many others were still waiting to be rescued from other inundated areas.

Hitoyoshi City was also badly affected by flooding, as rains in the prefecture exceeded 100 millimeters (4 inches) per hour at their height.

The disaster in the Kumamoto prefecture on Kyushu island is the worst natural catastrophe since Typhoon Hagibis in October last year, which cost the lives of 90 people.

Although residents in Kumamoto prefecture were advised to evacuate their homes following the downpours on Friday evening into Saturday, many people chose not to leave for fear of contracting the coronavirus.

Officials say, however, that measures are in place at shelters to prevent the transmission of the disease.

More rain is predicted in the region, and the Japan Meteorological Agency has warned of the danger of further mudslides.

Reposted with permission from Deutsche Welle