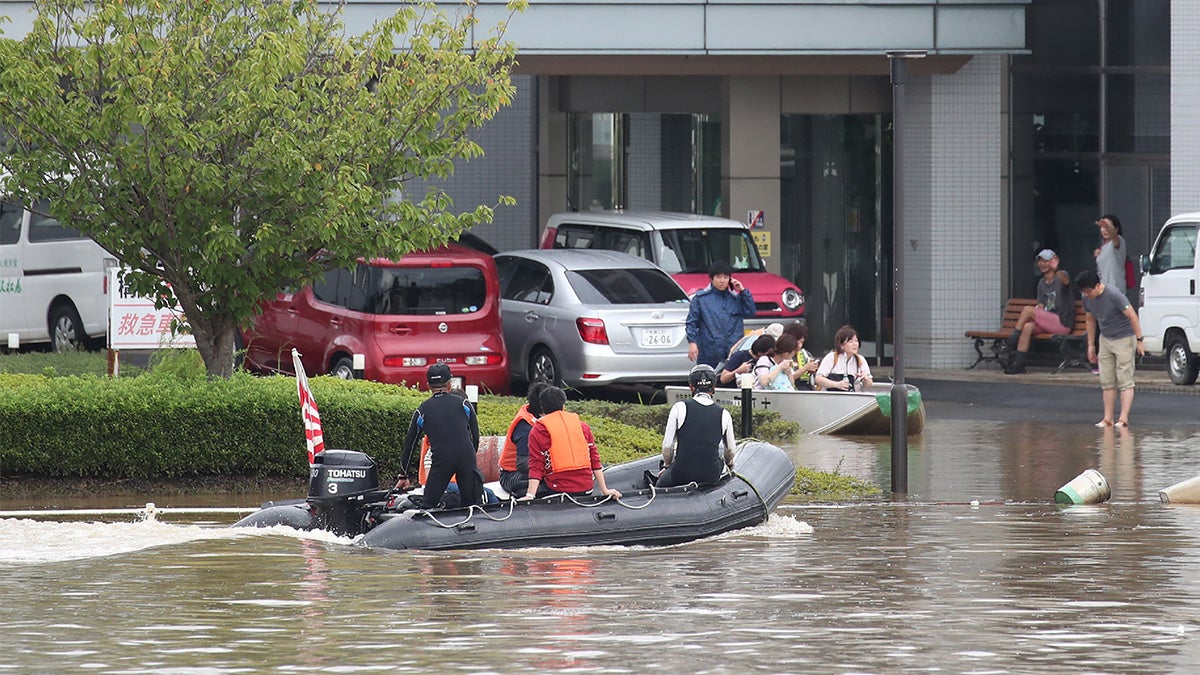 Floods and landslides triggered by record-setting rainfall in southern Japan have forced authorities to order more than 900,000 people to leave their homes and another one million were advised to move to safety on Wednesday, according to Reuters.

In just 48 hours, Kyushu Island received more than twice its average rainfall for the entire month of August.

By Thursday morning, three people were dead and one was missing on Kyushu Island, while the Japan Meteorological Agency said the torrential rains were finally expected to diminish in the south today, according to the Kyodo News, but heavy rains and lightning would hit large swaths of northern and western Japan.

The rains soaked Kyushu Island with alarming speed, soaking some areas with over 4 inches of rain in just one hour. The downpours caused rivers to swell in Fukuoka, Saga and Nagasaki prefectures, as CNN reported.

Dramatic images showed residents in knee deep water and cars half-submerged after several rivers breached their banks on Wednesday, according to the Evening Standard.

“I woke up and the water was ankle-deep in my house, which has never happened before,” one man in an evacuation center told NHK Japan’s national broadcaster, as Reuters reported. “So I played it safe and evacuated early before things got any worse.”

An elderly man was found dead after his car was washed away by floodwaters in Takeo city, Saga Prefecture, said the Fire and Disaster Management Agency. Two more people were seriously injured, according to CNN. Meanwhile, Kyodo News reported that a 96-year-old woman was found dead in a flooded home in Takeo city. One man died after being swept away when he stepped out of his car. Another woman was found unconscious after her car fell into a waterway, the Evening Standard reported.

The Japanese military deployed troops to help with rescue efforts, evacuation and disaster relief after a request from the local government in Saga prefecture, according to the Evening Standard.

The flooding and mudslides crippled transportation, as the Japan Rail Saga station was underwater. JR Kyushu, the national railway operator in the area, suspended or delayed almost all train services due to heavy rain, according to a statement posted on its official website, as CNN reported.

“The first floor of our house is flooded and a total wreck, so we’re here on the second floor, awaiting rescue,” one person posted on Twitter. “We can see the firemen out there moving around, but our street is such a mess they don’t seem to want to come in.”

This is not the first flooding disaster to hit the area this summer. In July, more than a million people on Kyushu Island were ordered to evacuate orders after the area was slammed with nearly a month’s worth of rain in a single day, which killed one woman in Kagoshima city, as CNN reported.