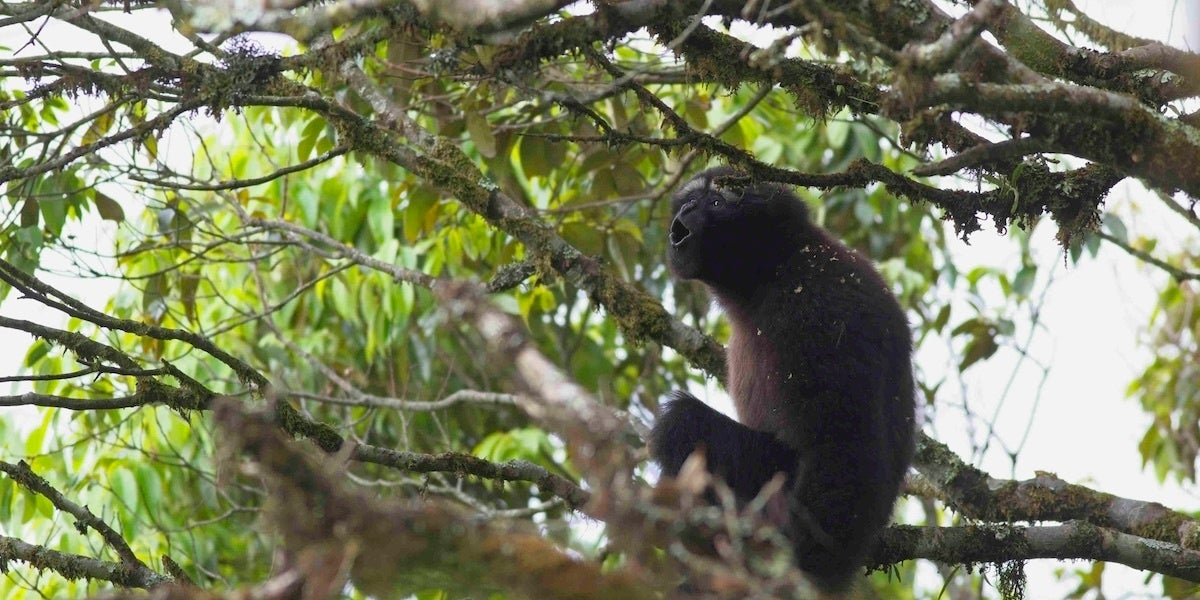 October 24 marks International Gibbon Day, a global celebration of these adorable, singing and acrobatic primates. This day is also important because they are the most
endangered of group of apes, according the World Wildlife Fund.

There are 20 different species of gibbons and they are endemic to the tropical and subtropical rainforests of south Asia. This includes the Hainan gibbon—the rarest primate in the world and found only on Hainan Island in China. Their numbers dipped as low as 8 in the 1980s. But through conservation efforts, there are now 27 individuals in the wild, said Wenbo Zhang, who works with
Cloud Mountain Conservation, an NGO that focuses on gibbon conservation in China. 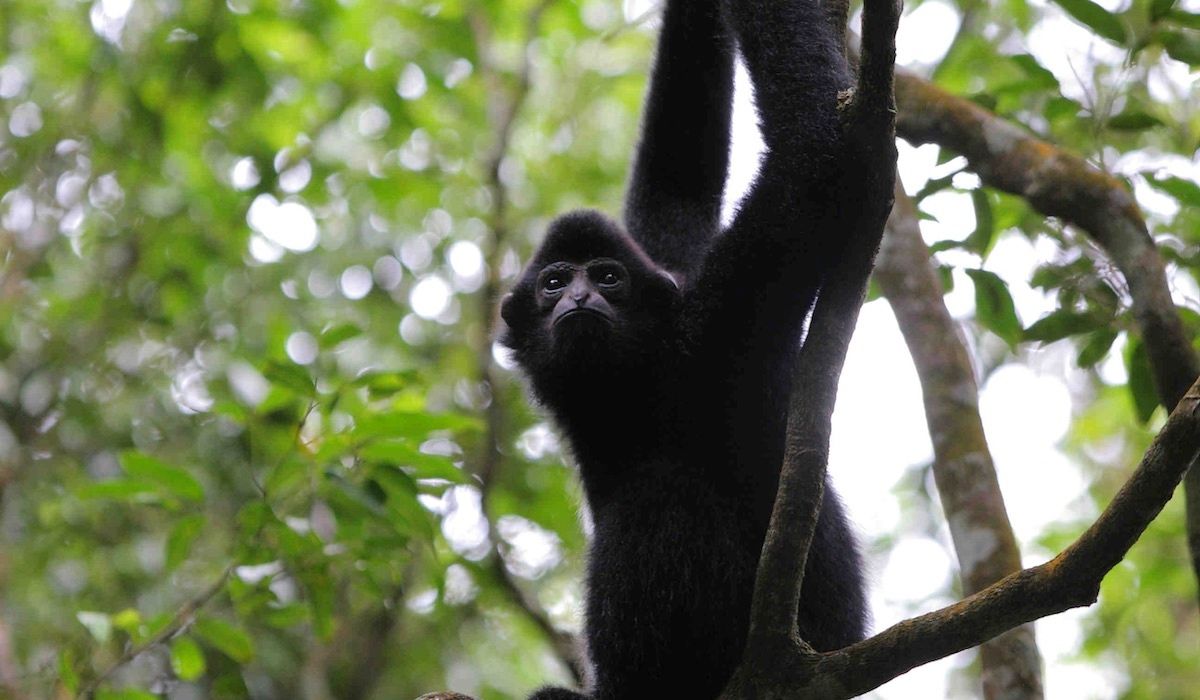 In fact, most of these tree-dwellers are listed as endangered or critically endangered due to their rapidly disappearing habitats, as well as poaching and the pet trade.

So what makes these creatures so special? Gibbons are known to be the smallest and fastest of all non-flying arboreal mammals. These apes are intelligent, sing unique songs (some even sing in duets) and use grooming to increase bonding between family members, Zhang told EcoWatch. Most of them are also strictly monogamous and form long-term relationships with their partners.

Unfortunately, there are less than 150 Skywalkers left in the wild, Zhang said.

“The Skywalker hoolock gibbon … faces the same grave and imminent risk to its survival as many other small ape species in southern China and Southeast Asia due to habitat loss and hunting,” Samuel Turvey, a senior research fellow at the Zoological Society of London, said in
press release about the species. “Increased awareness of the remarkable ecosystem of the Gaoligong mountains and improved conservation is essential, to ensure we have time to get fully acquainted with this exciting new species before it’s too late.”

This day is all about raising public awareness about this little-known animal in order to save it from extinction.

Check out these amazing apes below: