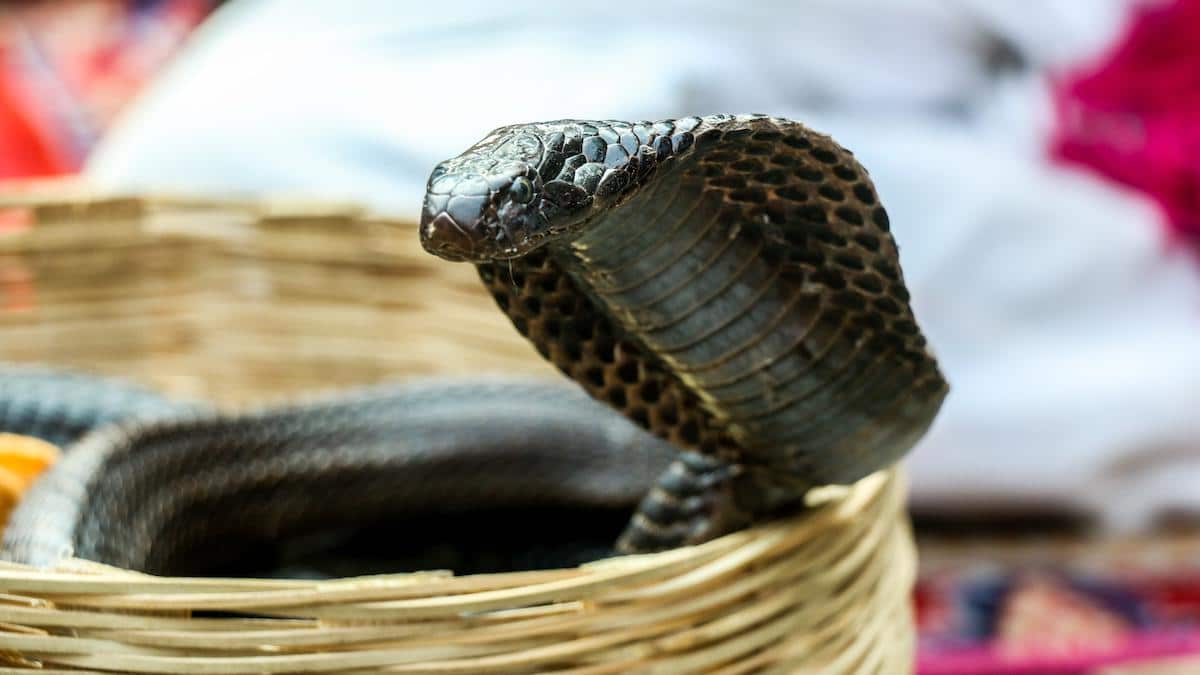 In India, snakes are the primary source of human-wildlife conflict. The country has the highest rate of snakebite mortality, Top 5 reported. According to eLife Sciences, an estimated 1.2 million people died from snakebites in India between 2000 and 2019. Now, new snake apps available for download to mobile phones are helping the public and conservationists work together to save the lives of both humans and snakes.

In developing countries like India, snakebites usually are underreported and inadequately treated, The Guardian reported. Poor literacy and a lack of information on how to deal with snakes and treat bites exacerbates the problem. Victims also often live in areas without easy and quick access to medical care, which can cause bites to become fatal, the BBC reported. This is where the snake apps come in.

Some of the popular mobile phone apps tackling this issue are Sarpa (Snake Awareness, Rescue and Protection app), SnakeHub, Snake Lens, Snakepedia, Serpent and the Big Four Mapping Project. Widely accessible, these apps can help with snake identification, first aid tips and hospital locations. Critically, farmers, villagers and others who often get bitten when working in rodent-laden fields barefoot can now report a bite and request emergency advice from bite experts, right from their phones. Some apps give real-time reports about the locations of rescuers in the fields and can assign one to a victim, The Guardian reported.

“A snakebite victim can survive for five hours but the golden (first) hour is critical. If the victim gets treatment within this time frame, chances of his survival go up significantly,” conservationist Vijay Neelakantan told the news report.

The apps are also helping snakes end up with a better fate. The first instinct of most villagers, when they find a snake, is to kill it, Neelakantan told The Guardian. The apps helps educate users that killing snakes is actually illegal. They also help connect villagers to rescuers, who are trained to catch and handle snakes without killing them. According to the news report, use of the Sarpa app alone has led to the rescue of 2,000 snakes, including 800 cobras, in just the first six months of 2021.

Snake identification, also available on the apps, helps teach what the “Big Four” snakes are in India: the Indian cobra, common krait, Russell’s viper and saw-scaled viper. These four species cause 95% of all snakebite deaths in the country, herpetologist Sandeep Das told The Guardian. Proper identification can help avoid unnecessary panic and snake deaths when human-wildlife interactions occur with non-venomous species.

According to the World Health Organization (WHO), snakebites are also a global health priority and a “neglected public health issue in many tropical and subtropical countries,” with 81,000 to 138,000 people dying annually from bites. Three times that number are left with amputations and permanent disabilities. The organization noted that agricultural workers and children are most affected.

“In contrast to many other serious health conditions, a highly effective treatment exists,” the WHO wrote. “Most deaths and serious consequences of snake bites are entirely preventable by making safe and effective antivenoms more widely available and accessible. High quality snake antivenoms are the most effective treatment to prevent or reverse most of the venomous effects of snake bites.”

Unfortunately, the global body noted, poor data, severe underreporting of bites and fatalities and deficient medical infrastructure have made it difficult for governments and international bodies to determine the extent of need for antivenoms. This has led to underestimation, low production and soaring prices 一 all of which further prevent access with poor and rural victims.

The emergence and popularity of the homegrown apps are trying to tackle these issues by connecting potential and actual victims to the knowledge and care that they need. The technology is being heralded as the “Uber for snake emergencies,” said Jose Louies, head of wildlife crime control at the Wildlife Trust of India, a non-profit conservation group. He told The Guardian that the apps provide a speedy response to snake bite incidents through a network of volunteers managed by local wildlife departments.

“This innovative technology helps minimize human-snake conflict and save the lives of both,” he added.