If You Love Sharks, You Should Think Twice Before Buying Tuna 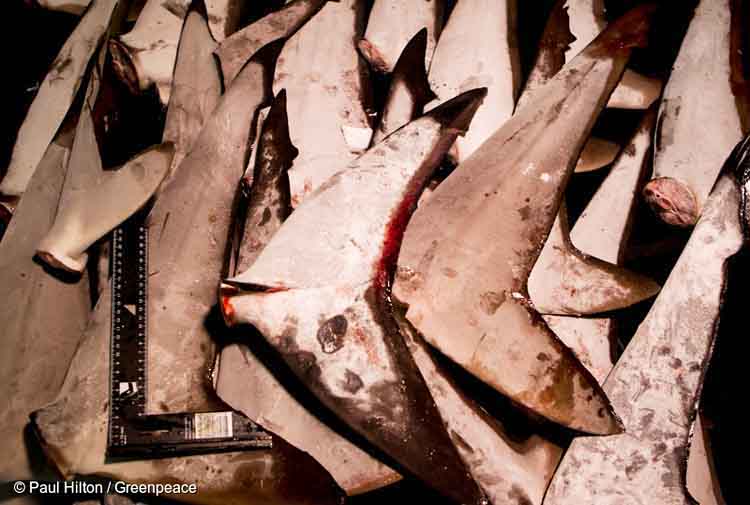 If you love sharks, you may want to think twice before buying that can of tuna.

Sharks are an iconic victim of the global crisis facing our oceans today. Every year, more sharks and rays appear on the International Union for Conservation of Nature and Natural Resources Red List of Threatened Species and it is estimated that one in four shark species are now threatened. Out of control tuna fisheries are one of the biggest culprits, where both men and sharks are exploited and abused to sustain short-term profits for big corporations.

As far too many boats chase dwindling stocks of tuna, sharks have become victims of incidental bycatch on a massive scale. In fact, about 25 percent of tuna longline fisheries catch is made up of sharks.

On top of that, their misfortune is intertwined with the misery of exploited, underpaid fishery workers. The drive to find cheap labor to catch tuna not only puts people at extreme risk, it is also fueling shark finning.

Shark finning is the slicing off of shark fins and throwing the mutilated animal, often still alive, back into the ocean to die a cruel death. Although various national and international laws now ban this barbaric practice, shark finning continues to plague global tuna fisheries.

Most sharks caught are finned, alive or not. The fins are too valuable to resist for many fishers, especially those looking to make up for meager or non-existent wages, who can sell these fins on the black market. Sharks are just a rung below the workers on a ladder of exploitation maintained by greedy companies set on gaming the system as long as they can still find tuna in the sea.

Shameless fishing operators look to improve their bottom line by cutting labor costs. Numerous scandals have exposed human trafficking, forced labor and inhumane working conditions on fishing vessels. These abusive practices occur in the shadows of a long supply chain that has been connected to Thai Union, the largest tuna company in the world and traced to store shelves of Walmart and other major supermarkets. Consumers buying canned tuna have no guarantee that people and sharks have not suffered for their meal. 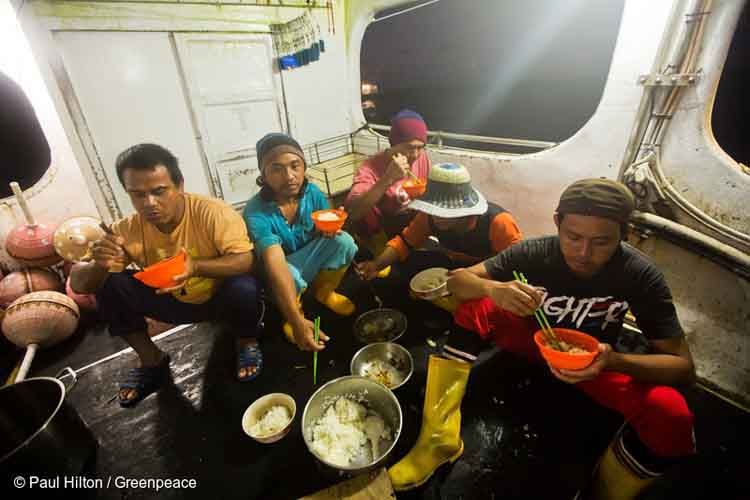 Crew on the Taiwanese longliner Sing Man Yi 6 in the Pacific Ocean in 2015. Paul Hilton / Greenpeace

Tuna fishermen interviewed in the South Pacific reveal a system where the illegal cargo is typically offloaded at sea, long before vessels reach port and the scrutiny of law enforcement.

Fishers report working for wages that can amount to as little as $0.23 a day. Many see no earnings even after countless months of grueling work, often 17 hours a day, seven days a week. They have a strong incentive to collect the lucrative shark fins to make up for incredibly low or non-existent wages.

Some crews even include victims of human trafficking, migrant workers who become unwittingly trapped on fishing vessels for months or years at a time, their documentation confiscated so they can’t escape.

Fishers report regular violence and a shocking proportion knew of workers who had been murdered if they spoke out or simply became to sick or weak to keep up. They rarely receive the wages they were promised. Instead, their agreed earnings are docked for the most basic necessities like clean drinking water or the use of a toilet. Like the sharks they are forced to fin to make ends meet, these humans are seen as expendable on the path to profit.

Countries like Taiwan have enacted bans on shark finning, but evidence shows that laws on paper will not curb this behavior until adequate monitoring and enforcement are put in place and offenders and authorities are held accountable.

Recognition of the connection between forced labor and illegal fishing practices like shark finning continues to grow. The EU has issued Thailand a Yellow Card, warning that if it does not rein in its illegal, unreported and unregulated (IUU) fishing it risks a ban on imported seafood. The EU has made it clear that forced labor is at the root of Thailand’s challenge with IUU.

When the mega-corporations at the top of the tuna supply chain take action to ensure they are selling tuna that is caught in a sustainable and ethical manner, people and sharks will be safer.

Which brings us back to Walmart and Thai Union.

Walmart is the world’s largest retailer. Walmart buys tuna from Thai Union and sells approximately 25 percent of all U.S.-bought canned tuna. Walmart has a responsibility for taking care of its own workers, along with ensuring the fair and ethical treatment of workers who bring products to its shelves.

As the largest tuna company in the world, Thai Union has a responsibility to reject bad fishing practices and help change the tuna industry to ensure it is fair, sustainable and does not threaten our oceans. The company should embrace better, lower-impact fishing methods and more oversight, transparency and traceability from sea to the checkout counter.

If we don’t change the way we catch tuna, we may see the extinction of shark species, as well as potentially far-reaching impacts on ocean ecosystems once the sharks are gone. 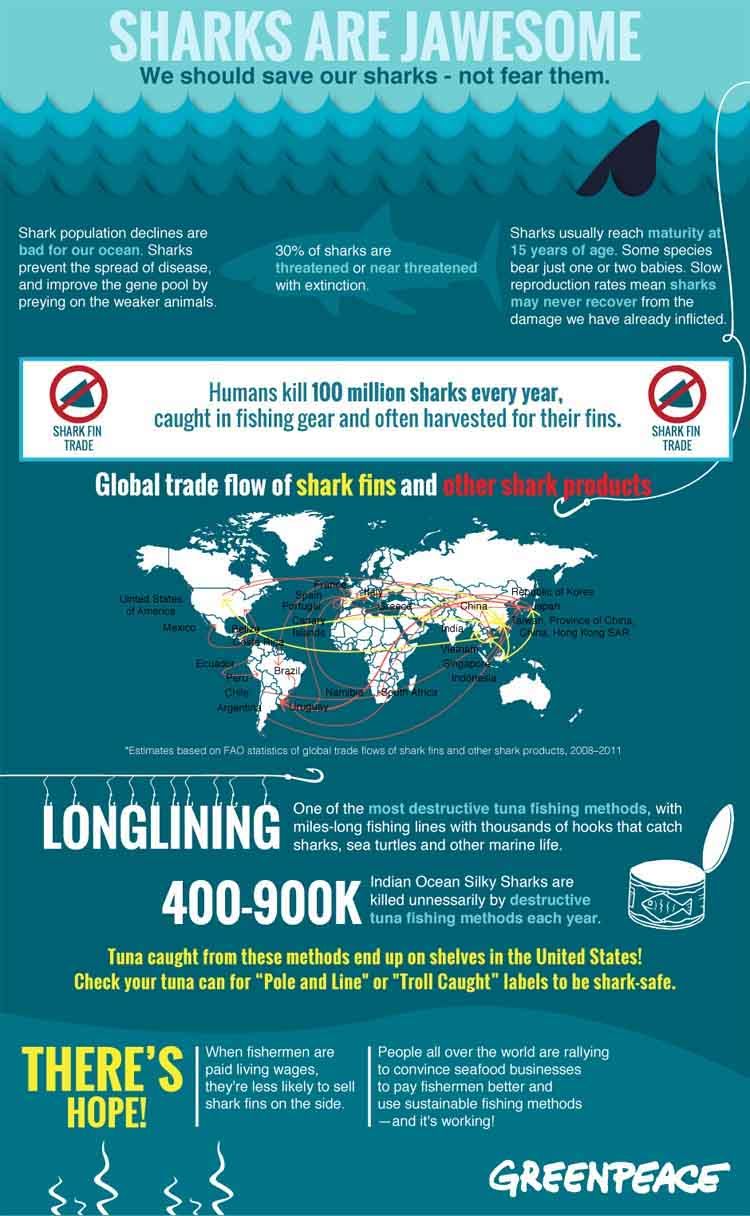