Hilarious Video Tells the Real Story Behind the Chicken You Eat 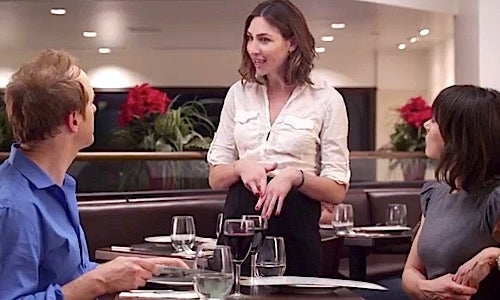 Today, Food & Water Watch in conjunction with Appeal To Reason Productions released a humorous new video revealing the myriad health and environmental issues with factory farmed chicken—the industrialized model under which most chicken served in the U.S. is produced.

“Consumers may think they are making a good choice by choosing ‘the white meat’ when eating out or shopping at the supermarket, but almost all chicken is produced and processed under conditions that are really appalling, making it unfit to eat,” said Wenonah Hauter, executive director of Food & Water Watch. “Now, in an outrageous move to increase profits, the industry is pushing to legalize slaughter line speeds of 175 birds per minute.”

“We’re excited to support this educational effort,” said Constance Zimmer. “Factory farming is detrimental to the environment, and people probably don’t realize that most chicken in restaurants and supermarkets is produced this way. I sure didn’t.”

The video depicts Zimmer and Sbarge as a couple dining in a nice restaurant, with Ressler, the waitress, informing them about how the chicken was produced and processed. In a hilarious exchange, the diners happily order the chicken that the waitress says was likely raised in a factory farm, fed antibiotics, dunked in bleach to remove fecal matter and barely inspected. Then the narrator asks, “Would you really eat chicken if you knew the facts?”

Food & Water Watch is using the video to bring attention to the myriad issues with chicken production and processing in the U.S., including a new rule the USDA is expected to implement soon that would deregulate poultry inspections, basically replacing trained government inspectors with untrained company employees and moving line speeds from 140 birds per minute to 175 birds per minute.

“With all the food safety issues created by factory farms and our consolidated food system, we can’t allow the USDA to deregulate meat inspections, no matter how hard the industry lobbies for it,” said Hauter. “We must make sure the federal government agencies in charge of food safety uphold the public interest, not private profits.”