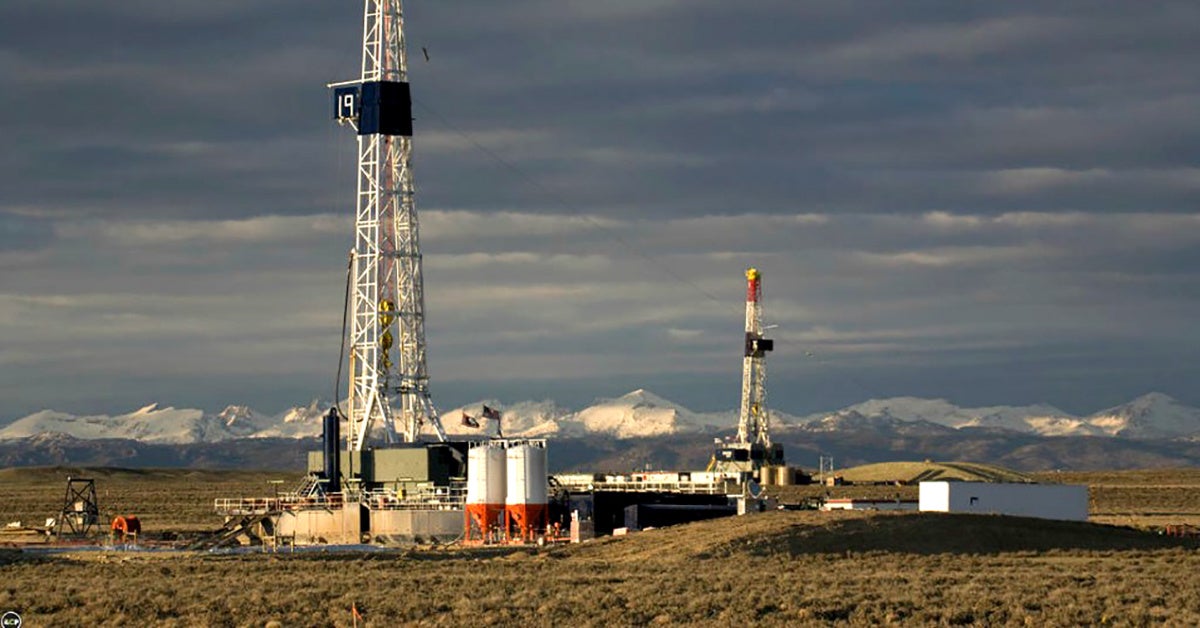 A new bill — passed by the House and being considered by the Senate — would provide billions of dollars in support for fossil fuel projects including fracking in Europe. Wendy Shattil / Bob Rozinksi / Creative Commons

More than 200 national climate action groups on Thursday demanded that the Senate stop the passage of a bill that would serve to keep both Europe and the U.S. dependent on fossil fuels for decades to come — as millions around the world have marched in recent months to demand that governments rapidly shift away from carbon-emitting energy sources.

Passed by the House in March, the European Energy Security and Diversification Act of 2019 (S. 704) would provide billions of dollars in support for natural gas infrastructure projects, propping up fossil fuel industries and leading to fracking projects in the U.S. — undercutting the goals of climate campaigners who are demanding that all industrialized countries move toward renewable energy systems.

S. 704 would lock “both the United States and Europe into decades of continued fossil fuel dependence under the guise of national security,” said Food and Water Watch, which organized the letter signed by groups including the Sunrise Movement, 350.org, Greenpeace, Oil Change U.S. and Friends of the Earth.

“At a time when we should be leading the global mission to rapidly quit fossil fuels, the notion of seeking new and deeper fossil fuel codependence between America and Europe is patently absurd,” Wenonah Hauter, executive director of Food and Water Watch, said.

The legislation is now under consideration in the Senate, with Sen. Chris Murphy (D-Conn.) sponsoring the bill along with five bipartisan co-sponsors.

Murphy and other proponents say the bill would counter Russia’s influence over energy production in Eastern Europe, but climate campaigners warned against using the fossil fuel sector, which releases millions of tons of carbon into the atmosphere every year, to push Russian President Vladimir Putin out of European energy markets is a short-sighted solution.

“This bill would undermine its own stated cause,” said Collin Rees, senior campaigner at Oil Change U.S., in a statement. “Using fossil fuels for energy diplomacy increases global tensions and decreases our national security by pouring fuel on the fire of the climate crisis. Research clearly shows that existing fossil fuel development — including gas development — contains more carbon than the world can afford to burn.”

While U.S. funding of fossil fuel projects in Europe may drive down Russian influence for now, the groups wrote, it would also exacerbate water scarcity, food shortages, and rising sea levels — all “geopolitical threats” in their own right.

Contrary to its name, they added, the European Energy Security and Diversification Act would do little to promote the safety and security of the U.S.

“The underlying logic of this legislation is deeply flawed,” the letter reads. “Far from securing a more stable world, expanding exports of liquefied natural gas to Europe will lead to a more unstable world.”

“Whatever the geopolitics, sending more deadly fossil fuels to Europe or any other part of the world is not the answer,” said Bill Snape of the Center for Biological Diversity. “Natural gas is fool’s gold and will inevitably lead to further destabilization of any region that relies upon it.”

The legislation is being pushed just as children and adults around the world are months into a global climate action campaign which has begun to make strides in the European Union and Great Britain. Eight European countries this week unveiled a proposal to spend a quarter of the EU’s budget to combat climate change, fulfilling a commitment European Commission President Jean-Claude Juncker made to climate action leader Greta Thunberg earlier this year, while the U.K. Parliament declared a climate emergency last week under pressure from the international movement Extinction Rebellion.

“Climate science is clear: We must begin an aggressive global transition to clean, renewable energy now,” said Hauter. “For the Senate to promote the opposite would be a clear abdication of moral duty to current and future generations in this country and every country.”