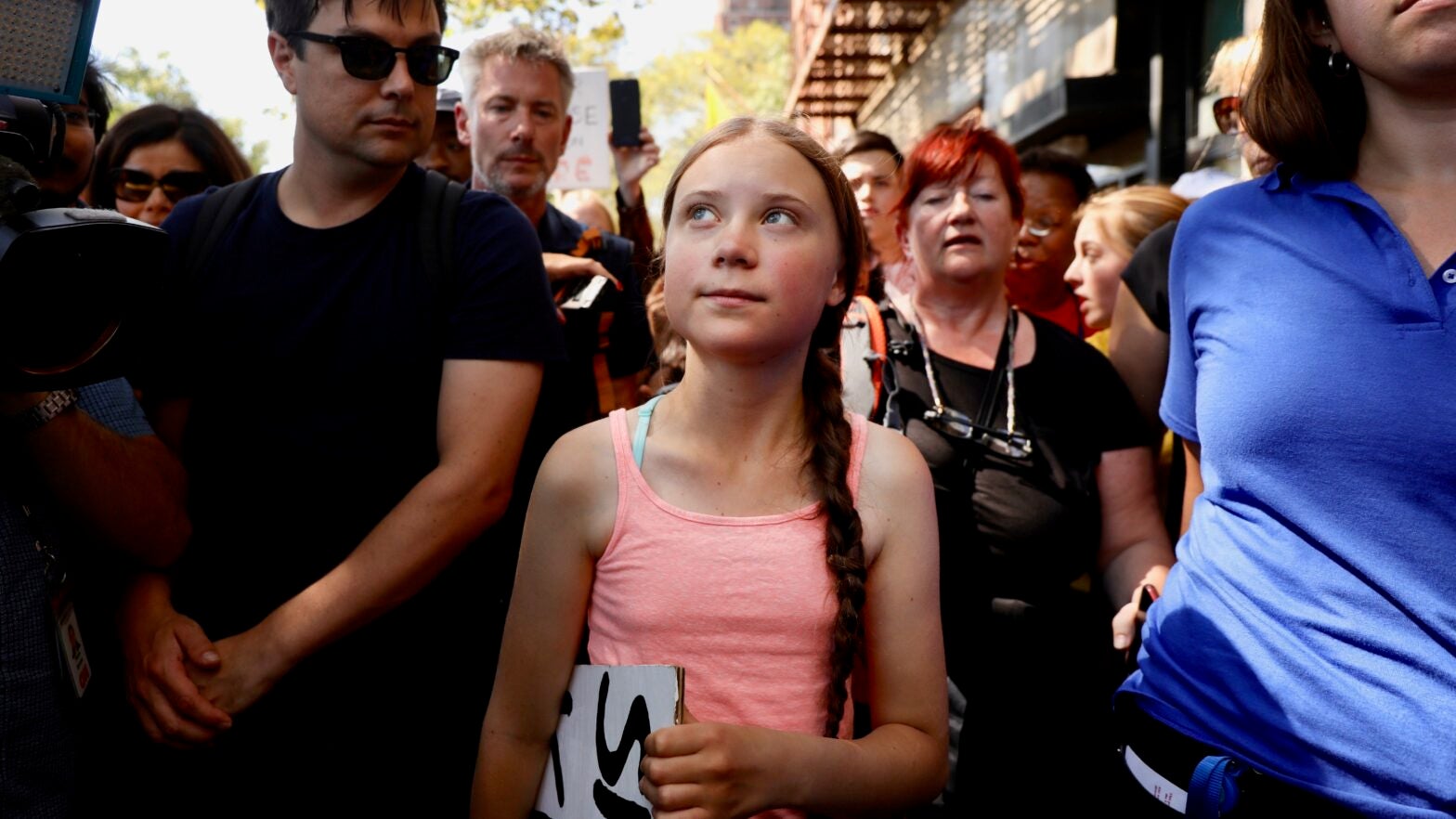 Champions of Greta Thunberg — and the 16-year-old climate activist herself — hit back against malicious right-wing bullies over the weekend as she called her Asperger’s syndrome diagnosis a “superpower” and her defenders said there is but one reason that people attack the person who has galvanized the global climate strike movement: they are afraid of her.

“The bile thrown at Greta Thunberg is motivated by one thing alone: this incredibly intelligent, eloquent, and compassionate 16-year-old has terrified some of the most hateful and reactionary so-called ‘grown ups’ on earth,” said British political columnist activist Owen Jones. “She’s achieved more [at age] 16 than they ever will.”

Following her recent arrival in the U.S. to attend rallies outside the United Nations and promote a week of international climate strike actions, taking place from Sept. 20 – 27, Thunberg on Saturday suggested that a fresh wave of criticism directed at her from climate science denialists and right-wingers—including those mocking her Asperger’s diagnosis—exposes much more about them than her.

When haters go after your looks and differences, it means they have nowhere left to go. And then you know you’re winning!
I have Aspergers and that means I’m sometimes a bit different from the norm. And – given the right circumstances- being different is a superpower.#aspiepower pic.twitter.com/A71qVBhWUU

“I’m not public about my diagnosis to ‘hide’ behind it, but because I know many ignorant people still see it as an ‘illness’, or something negative,” Thunberg added. “And believe me, my diagnosis has limited me before.”

In a column on Al-Jazeera English published Monday, writer Andrew Mitrovica came to the defense of Thunberg as he referred to those attacking her as “scientifically illiterate bullies.” According to Mitrovica, agreeing with Jones, it is Thunberg’s attributes — including her fearlessness and abilility to speak and act so matter-of-factly — that makes hers such a potent voice. He writes:

She disdains celebrity. She makes no claim to heroism. She rebuffs efforts to idolise her. She isn’t calculating or preoccupied with fame or ego. There is no artifice about her. She speaks plainly, without affectation or embroidery.

In words and deeds, Thunberg is the embodiment of philosopher Howard Zinn’s admonition: “We don’t have to engage in grand, heroic actions to participate in the process of change. Small acts, when multiplied by millions of people, can quietly become a power no government can suppress, a power that can transform the world.”

Meanwhile, in an interview with the UK’s Channel 4 News, Thunberg said she has nothing to say to people who refuse to believe in the scientific warnings about the climate crisis.

16-year-old climate activist @GretaThunberg says she “has nothing to say” to people who don’t believe in climate change – including President Trump.

There is no time to waste, there is no planet B. #ActOnClimate #GreenNewDeal pic.twitter.com/a11JhZiOlI

But while part of Thunberg’s story lends itself to the notion that “one person can make a difference,” she is also the first to acknowledge that it is going to demand massive collective action — from everyone and all over the world — to solve the climate emergency.

On Friday the 20th and 27th of September we will strike again for the right to a future. But we can’t do it alone. To really make a difference we need the adults to join us.
The children in India leads the way!! #FridaysForFuture #ClimateStrike https://t.co/HDlJjyzp54