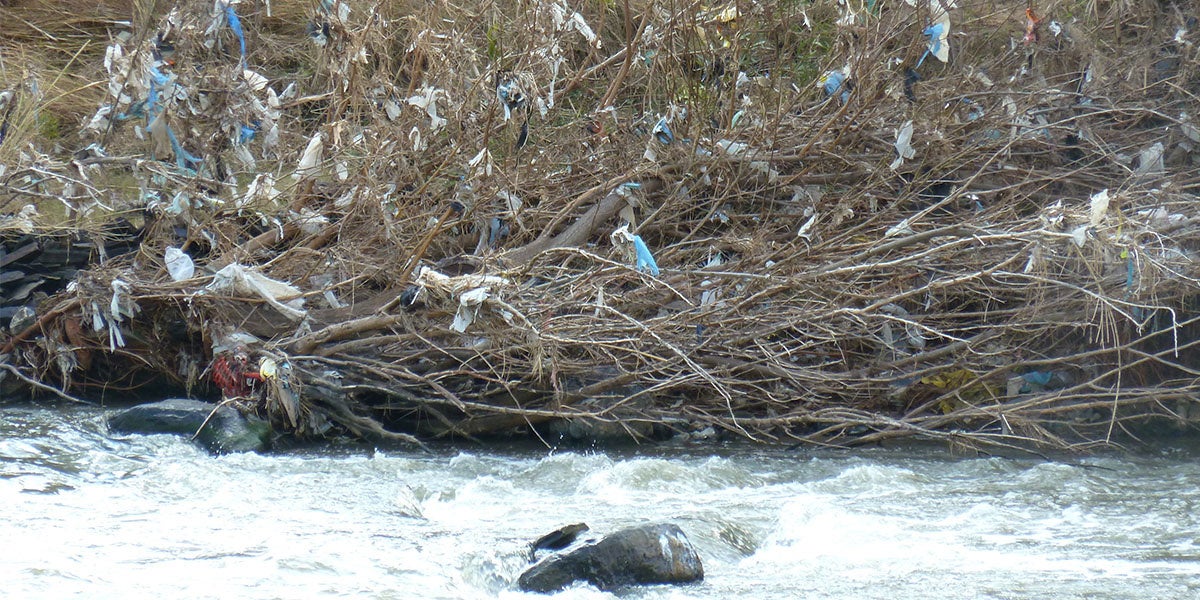 The report, titled “Single-Use Plastics: A Roadmap for Sustainability,” found that more than 60 countries have introduced bans or levies on single-use plastics, and that bans and levies are one of the most effective ways to reduce the use of disposable plastic items.

“The assessment shows that action can be painless and profitable—with huge gains for people and the planet that help avert the costly downstream costs of pollution,” head of UN Environment Erik Solheim said in the report’s foreword. “Plastic isn’t the problem. It’s what we do with it.”

The report summed up the extent of the plastic pollution crisis: Only 9 percent of all plastics ever produced have been recycled, while 12 percent have been incinerated and a full 79 percent have ended up in landfills, dumps, or the environment. Plastic bags are especially a concern and, with Styrofoam, have been the leading subject of plastic product bans. They have been found blocking waterways and worsening natural disasters, blocking sewers and providing a breeding site for disease-carrying insects, and blocking the stomachs and airways of animals like the whale that died in Thailand this weekend after consuming more than 80 of them.

Fifty percent of the countries that have implemented bans or levies did not have sufficient data to assess the environmental impact of the policies; of the other 50 percent, 30 percent of the bans significantly reduced the use of plastic bags within a year and 20 percent had little impact, either due to poor enforcement or lack of alternatives.

One success story was Morocco, where 421 tonnes of bags were seized after a ban and replaced almost entirely by fabrics. A failed case was Botswana, where a levy on retailers was issued but not enforced, the BBC reported.

The report also recommended that bans and levies be joined by positive measures such as improving waste management, moving towards a circular plastic production and consumption model and providing financial incentives for businesses and customers to develop and use alternative materials.

Indian Prime Minister Narendra Modi launched the report with Solheim in New Delhi Tuesday. India is this year’s host country for World Environment Day, which was established by the UN in 1972 and first celebrated in 1974.