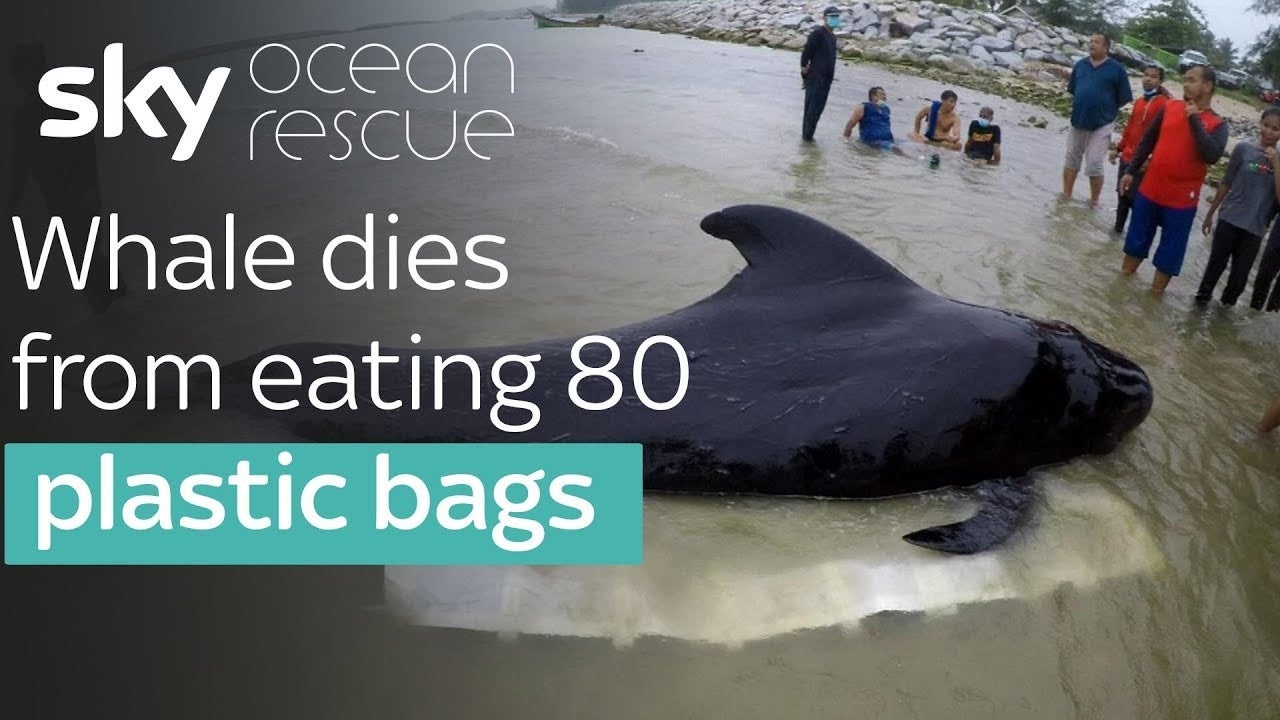 A pilot
whale died in southern Thailand last week after swallowing 17 pounds of plastic waste, despite a five-day effort to save the animal’s life.

The whale was found in critical condition in a canal near Thailand’s border with Malaysia on May 28. Photos posted on Thai Whales’
Facebook page show a group of people tending to the whale and trying to keep it afloat.

According to Thailand’s Department of Marine and Coastal Resources, the whale vomited five plastic bags on Friday and eventually died that afternoon.

“This plastic rubbish made the whale sick and unable to hunt for food,” the department said on its website.

“Ask your heart to see if you’re still going to dump the trash,” the post stated.

Around the world, an estimated
8 million metric tons of plastic waste gets dumped in our oceans every year. A 2015 study found that 60 percent of the world’s plastic waste comes from just five countries: China, Indonesia, the Philippines, Thailand and Vietnam.

Thon Thamrongnawasawat, a marine biologist and lecturer at Kasetsart University, told
AFP that about 300 marine animals including pilot whales, sea turtles and dolphins die each year in Thailand after ingesting plastic.

“If you have 80 plastic bags in your stomach, you die,” Thamrongnawasawat added.

The pilot whale’s death is another grim reminder of the harmful impact of ocean pollution. In April, a 6-ton, 33-foot-long juvenile sperm whale was found dead in southern Spain. A necropsy reveled it ingested 64 pounds of mostly plastic garbage.

Folks around the world expressed sadness about the latest man-made tragedy.

? Despite efforts to save him, this pilot whale in Thailand died after ingesting 80 plastic bags.

How many more stories like this do we have to see? https://t.co/ai5RF5YVR0 pic.twitter.com/1yIJuJ3lNw

“Many in the region and around the world are extremely concerned about such incidents,” Suresh Valiyaveettil, an expert in polymer chemistry at the National University of Singapore, told the
New York Times in an email. “Considering the amount of plastic in the ocean, unfortunately, such incidents are going to be more common in the near future.”

Tomorrow will mark the United Nations’ World Environment Day, which centers around the theme of
beating plastic pollution.

On Monday in Vietnam, 41 embassies and international organizations signed a Code of Conduct on Combating Plastic Pollution.