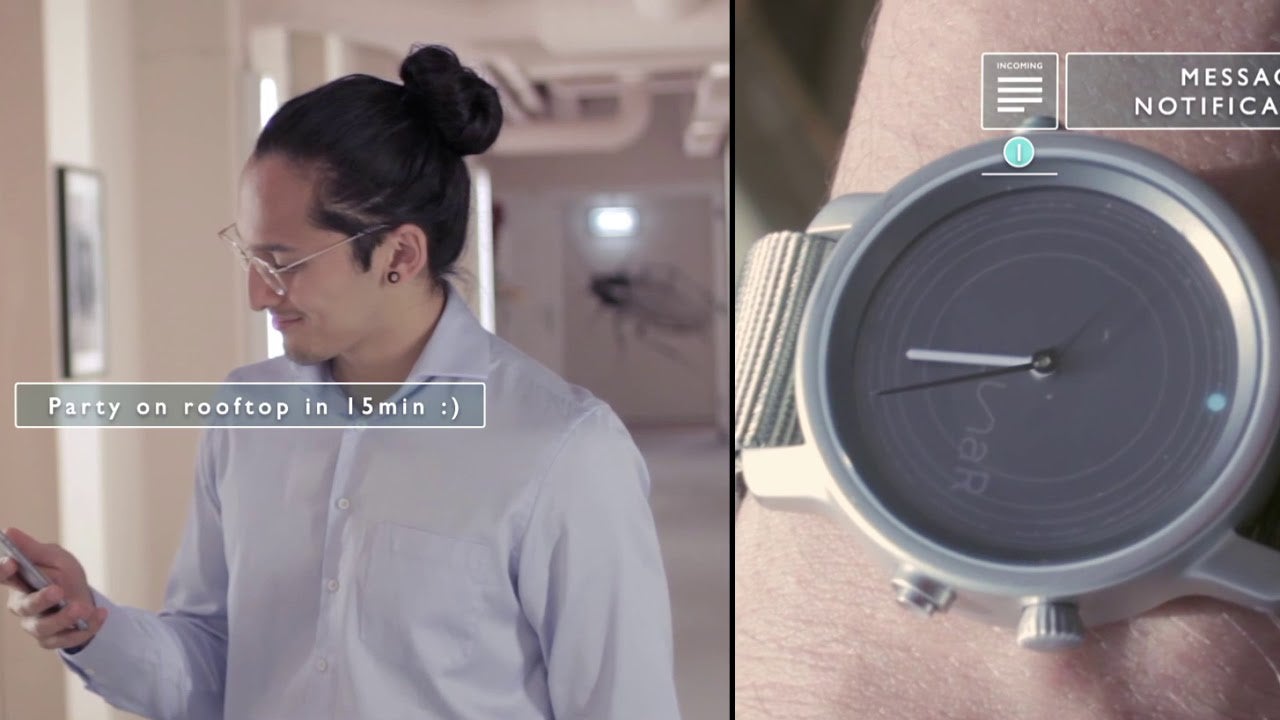 A big problem with smartwatches is that, compared to traditional watches, the internal battery can easily run out of juice.

But a San Francisco-based startup has taken a major step in solving this problem by creating the LunaR, which claims to be the world’s first solar-powered smartwatch.

“We love watches, we LOVE technology AND we hated the fact that we’re always stressed out about recharging our devices,” the company touts on their Kickstarter crowdfunding page. “We felt those elements hadn’t been tackled and we wanted to expressed a harmonious connection between the beauty and simplicity of an elegant timepiece with the ‘smarts’ of a smartwatch.”

Casio and Citizen already make solar-powered wristwatches, but the LunaR appears to be the first smartwatch that can run off of the sun’s rays.

A transparent solar panel made by France-based Sunpartner covers the watch face. Inside the watch is a 110-mAh lithium-polymer battery that can supposedly run with as little as one hour of artificial or natural light.

“With a full charge, the battery will last up to at least 3 months, depending on the amount of notifications you’re receiving. If you’re able to collect passive sun while outside each day for like 1 hour (with a exposure greater than 10K LUX), then you (almost) never have to charge your watch again,” the company said.

The watch works with a companion smartphone app to offer features such as sleep and activity tracking, integration with social media and messaging apps, and can auto-update the time wherever you are using the phone’s GPS. Notifications are displayed on the embedded LED or through vibration technology. It’s also waterproof up to 164 feet and comes with a traditional USB charger for backup.

LunaR’s successful crowdfunding campaign has already racked up more than 500 backers to date. Models start at an early-bird price of $138 on the site.