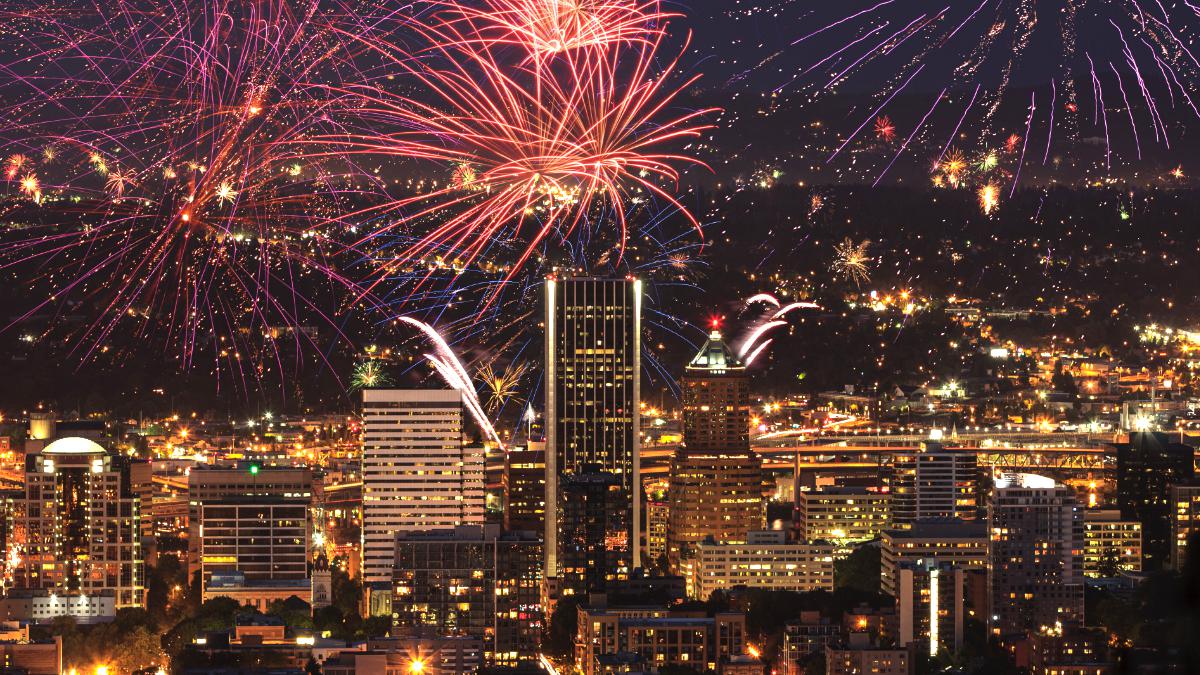 Before you head out to see your local fireworks display this 4th of July, you might want to consider closing your windows, replacing your HVAC filter, and running your air purifier on full blast.

While most of us know that fireworks can cause outdoor air quality to reach hazardous levels, few are aware that this pollution can affect our indoor air quality as well.

According to a recent study in Science of the Total Environment, 4th of July firework celebrations can cause concentrations of fine particulate matter (PM 2.5) to rise to unhealthy levels in nearby buildings — an observation also noted by a separate set of researchers during the Chinese Spring Festival back in 2014.

These findings were made as a part of a longer, year-long study in which the researchers set up air monitoring equipment in a commercial building located outside of Salt Lake City, Utah. They wanted to determine how different forms of outdoor pollution affected indoor air quality. In the case of fireworks, the effects were noticeable “almost immediately,” the researchers wrote.

In addition, both studies found this indoor pollution could remain elevated for hours after the firework displays ended. Considering that even short-term exposures to PM 2.5 can result in lung irritation, shortness of breath, and even the aggravation of medical conditions such as asthma and heart disease, this implies that this beloved holiday tradition could end up significantly impacting our health. The tiny airborne particles can also become even more toxic when mixing with pollution in our home.

Picking Up Extra Toxics in the Home

The PM 2.5 produced by fireworks can be uniquely dangerous. It usually contains toxic compounds such as copper and lead, which are often added as coloring agents. Scientists also point out that these particles can end up accumulating even more harmful substances once they enter our homes, which adds to the health consequences associated with inhaling them.

“If it’s a really hot evening, but you had the air conditioning on in your house… then when that particle comes in, it might pick up some phthalates — those little plasticizer molecules in your vinyl and your linoleum flooring,” Delphine Farmer, an atmospheric chemist and professor at Colorado State University who was not involved with the above studies, told EHN. Phthalates are known endocrine disruptors that are linked with the development of medical conditions, such as asthma and fertility issues. And by hitching a ride on the particle, Farmer said, “you have some small probability of breathing that particle in.”

Alternatively, it can also “hit one of these many surfaces [in your home] and just get stuck,” she said. However, Farmer points out that this doesn’t mean the danger is over: “[These particles] will live to see another day” when they are eventually released back into the air.

This is something that scientists have seen with cigarette smoke. “Things like thirdhand smoke are a really good example of where you can see effects certainly months and years later,” Farmer said.

Protecting Yourself From Polluted Indoor Air

There are ways we can enjoy the holiday and protect ourselves. “Consider reducing outdoor air — so closing windows, running any fan… [and] getting as good a filter into your HVAC system as your system can handle and you can afford,” Farmer said.

And if you’re in an area currently experiencing a heat wave in an area where AC is rare and need to keep your windows open at night, don’t worry. There’s a solution for you, too.

“Consider box fans with filters attached to them. They turn out to be incredibly effective in terms of filtering air, and you can just set one of those up for about $10 or $20,” Farmer said.