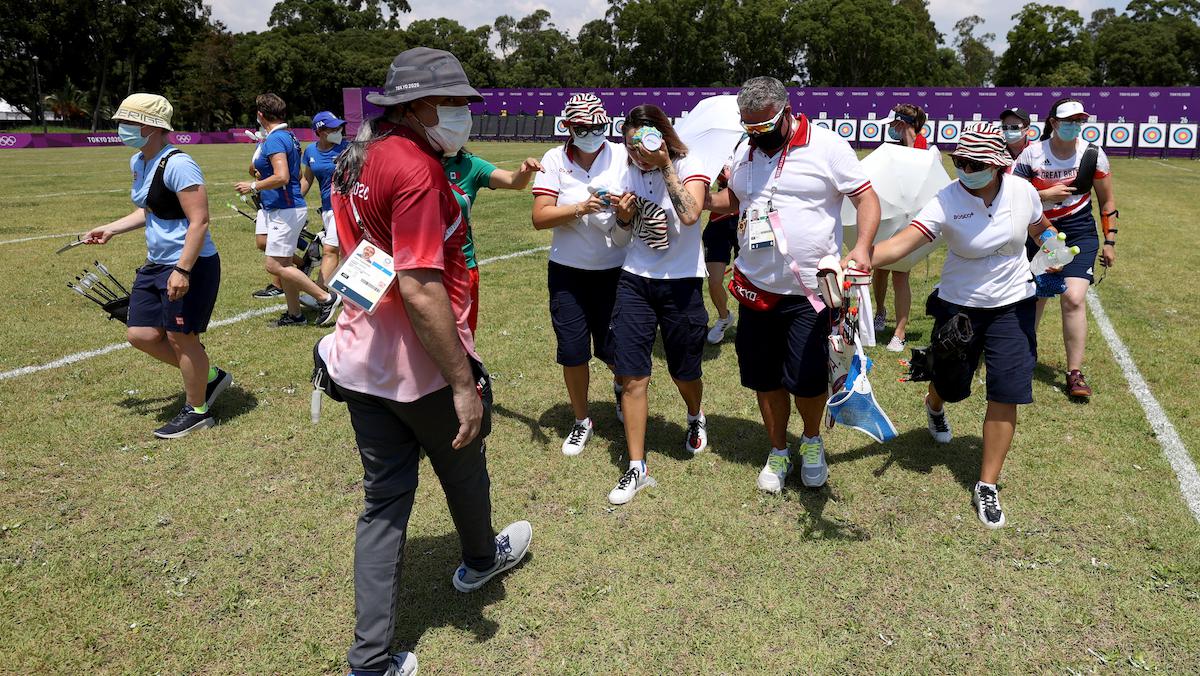 The 2020 Summer Olympics kicked off in Tokyo on Friday and there are already signs the toughest part of the competition may just be the extreme heat and humidity in what is expected to be the hottest Olympics on record.

Temperatures in Tokyo this time of year are usually in the high 80’s, but a heat wave is pushing temperatures into the 90s. The heat index on Saturday made it feel like 100°F and humidity levels were above 80% on Sunday. Temperatures in July and August are 5.15°F/2.7°C warmer than they were last time Tokyo hosted the games in 1964, and on average, there are eight more days of 95-plus-degree weather.

Athletes are feeling the heat already: ahead of the Opening Ceremony on Friday, Russian Archer Svetlana Gomboeva collapsed during a qualifying event due to the heat. The Tennis tournament, which began Saturday, was also affected by the heat, as Russian player Anastasia Pavlyuchenkova required a medical timeout after feeling dizzy due to the heat. Then, several athletes participating in the triathlon, which finished Monday morning, had to be helped off the track due to overheating.

Extreme heat is now the deadliest weather event, and it is only getting worse as the planet continues warming. Despite this, currently, the International Olympic Committee doesn’t take climate change into consideration when selecting host cities. Japan’s proposal to host the 2020 games, for example, claimed “this period provides an ideal climate for athletes to perform their best” because of its “many days of mild and sunny weather.”