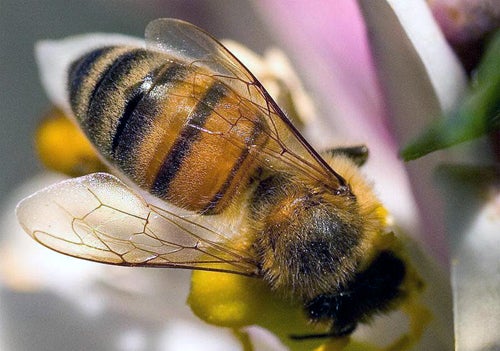 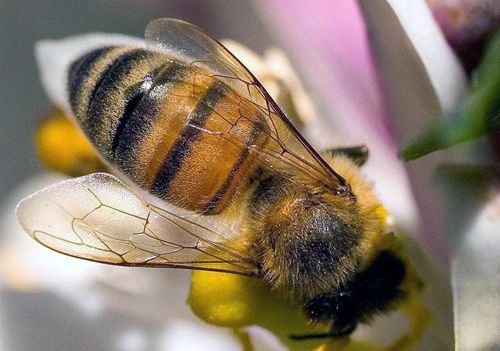 The European Food Safety Authority (EFSA) yesterday presented its report which finds that the neonicotinoid class of insecticides poses unacceptable hazards to bees. The report concludes that certain crops treated with neonicotinoid chemicals—imidacloprid, clothianidin and thiamethoxam—are of “critical concern” for bee health. Beekeepers and environmental activists welcome these recent scientific findings that they say support a U.S. ban on these chemicals.

According to Jay Feldman, executive director of Beyond Pesticides, “The EFSA report confirms what we have been asking EPA to recognize. Clothianidin and other neonicotinoids are highly toxic to bees, and should be banned by EPA and removed from the environment.”

In its investigation, EFSA, which was tasked with assessing the risks associated with these chemicals to bee colony survival and development, found that systemic contamination of neonicotinoid-treated crops and contamination via dust place honey bees and the hives they return to at high risk. Exposure to contaminated dust pose a high risk to honey bees for all three neonicotinoids used on corn and certain other crops, as well as exposure to residues in nectar and pollen. High risks were also identified from exposure to guttation fluid from corn for thiamethoxam.

EFSA considered acute and chronic effects on bee larvae, bee behavior and the colony as a whole, and the risks posed through various exposure pathways e.g. nectar, pollen, guttation fluid and soil, and found numerous data gaps that do not support the safety of these chemicals.

Clothianidin is of particular concern as the vast majority of corn grown in the U.S. is treated with the chemical, which is taken up by the plant’s vascular system and expressed through pollen, nectar and guttation droplets from which bees then forage and drink. Like other neonicotinoids, it has cumulative, sublethal effects on insect pollinators that correspond to Colony Collapse Disorder symptoms—namely, neurobehavioral and immune system disruptions.

Considering recent research has indicated that 9.5 percent of the total economic value of agricultural production for human consumption comes from insect pollination globally, the EFSA conclusion that neonicotinoids marks an important turning point in the pesticide dialogue. In 2012, beekeepers, Beyond Pesticides, the Center for Food Safety, and Pesticide Action Network North America filed an emergency legal petition with the EPA to suspend the use of clothianidin that is linked to honey bee deaths, urging the agency to adopt safeguards. The petition is supported by over one million citizen petition signatures, targets the pesticide for its harmful impacts on honey bees. The legal petition cites that EPA failed to adequately review relevant data to support the “no unreasonable adverse effects” standards for pollinators. EPA has failed to act.