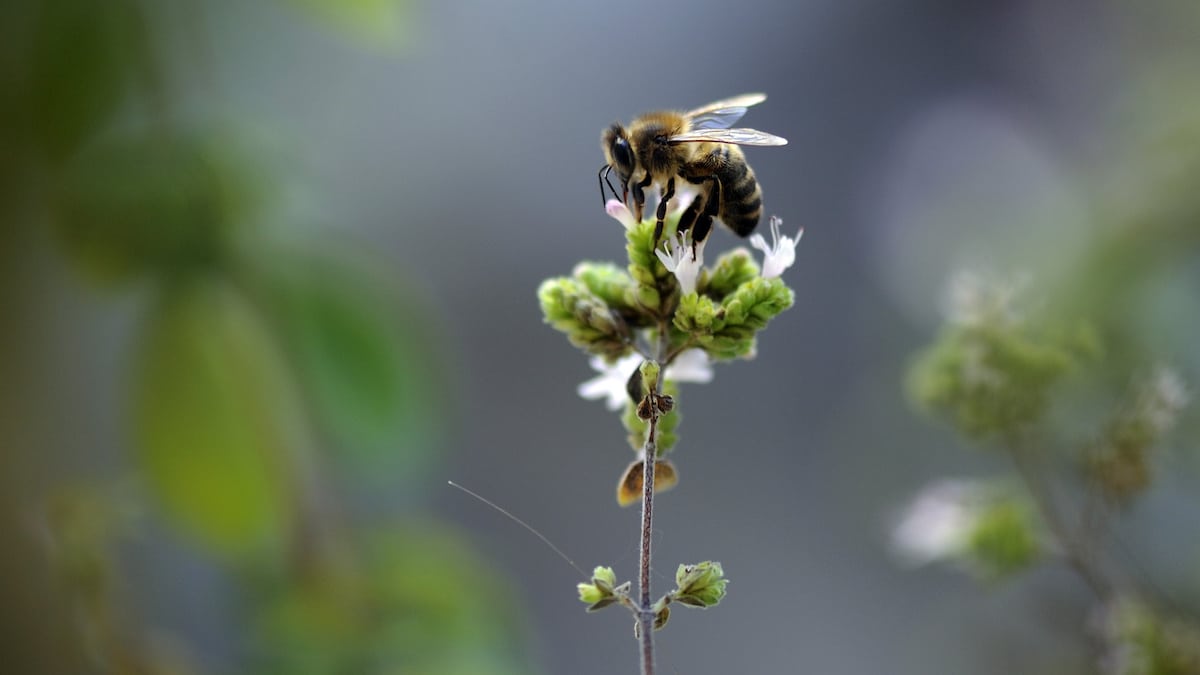 A bee gathers pollen on thyme on a balcony in Paris, France. ERIC FEFERBERG / AFP via Getty Images

The European Court of Justice on Oct. 8 found that France did not violate EU rules when it banned certain chemicals considered harmful to bees.

The legal row between the French Crop Protection Association and France goes back to 2018, when the government banned some pesticides belonging to the neonicotinoid group.

The ban placed France at the forefront of a campaign against chemicals blamed for decimating crop-pollinating bees.

With its ban on five neonicotinoids outdoors and in greenhouses, France went further than the European Union, which agreed to outlaw three in crop fields.

Opponents of the ban have said that it prevents farmers from protecting their sugar beet crops, which have been decimated by an infestation of green aphids. Sugar beet farmers argue that neonicotinoid chemicals are the only solution to combating such infestations.

A Ban ‘Incompatible With EU Regulations’

The Crop Protection Association brought the case to court, arguing that the French decree was incompatible with an EU regulation on the family of chemicals.

The French government has since rowed back on parts of the controversial ban following pressure by beetroot growers.

However, on Thursday, the EU’s top court ruled that France’s initial ban had satisfactorily demonstrated the need to curb a “serious risk to human or animal health or to the environment.”

Last week, the pesticides were at the center of a legal battle between the French government and the left-wing and green opposition, which accuses President Emmanuel Macron of neglecting to fulfill his environmental commitments.

On Oct. 6, the French National Assembly approved a proposal to give beetroot growers an exemption from the ban on the pesticides until July 2023.

France is Europe’s top producer of beets used to make sugar and the sector provides 46,000 jobs.

Introduced in the mid-1990s, lab-synthesized neonicotinoids are based on the chemical structure of nicotine, and attack the central nervous system of insects.

They were meant to be a less harmful substitute to older pesticides, and are now the most widely-used to treat flowering crops. However, in recent years, bees started dying off from “colony collapse disorder,” a mysterious disease partly blamed on the use of such chemicals.

Studies have since shown that neonicotinoids harm bee reproduction and foraging, while exposure also lowers their resistance to disease.

The UN has warned that nearly half of insect pollinators, particularly bees and butterflies, risk global extinction.