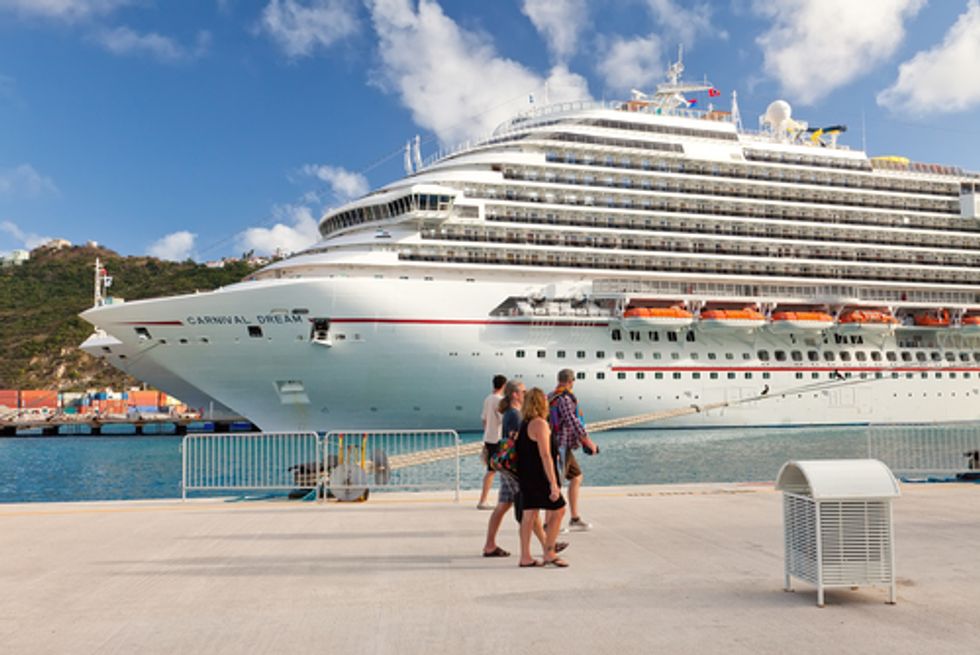 If you're planning a vacation and considering taking a cruise, you may want to consider choosing a ship that's environmentally responsible. As you'll read, not all cruise lines are good stewards of the planet.

Friends of the Earth's 2013 Cruise Ship Report Card says some of the 16 cruise lines graded are getting greener, but more than 40 percent of the 162 ships still rely on 30-year-old waste treatment technology, leaving behind treated sewage with levels of fecal matter, bacteria, heavy metals and other contaminants harmful to aquatic life and people.

By law, wastewater dumped within three nautical miles of shore must be treated, but beyond that ships are allowed to dump raw sewage directly into the ocean.

The report card, which Friends of the Earth put together through an analysis of federal data, showed that cruise ships dumped more than 1 billion gallons of sewage in the ocean last year, much of it raw or poorly treated.

The report card is meant to draw attention to the environmental impact of the booming cruise industry and help cruise-goers choose the most environmentally responsible cruises.

The U.S. Environmental Protection Agency (EPA) says an average cruise ship with 3,000 passengers and crew produces about 21,000 gallons of sewage a day—enough to fill 10 backyard swimming pools in a week. That adds up to more than 1 billion gallons a year for the industry—a conservative estimate, since some new ships carry as many as 8,000 passengers and crew and the report card doesn't include the entire worldwide fleet. In addition, each ship generates and dumps about eight times that much graywater from sinks, showers and baths, which can contain many of the same pollutants as sewage and significantly affects water quality.

Sewage pollution can cause gastrointestinal diseases, diarrhea, hepatitis and other illnesses in people exposed through contaminated seafood or water. Fish, shellfish, coral reefs and other aquatic life can suffocate due to surplus nitrogen and phosphorous from ship sewage.

In response, Friends of the Earth is calling for stronger rules to protect oceans, coasts, sea life and people.

"It's time for cruise ships to stop using our oceans as a toilet," said Marcie Keever, Friends of the Earth oceans and vessels program director.

"This is an industry worth billions of dollars that could install the most advanced sewage treatment technology available for the cost of a single can of Coke per passenger," Keever said. "We're encouraged that some cruise lines are taking incremental steps to improve their performance, but the entire industry must stop hiding behind weak regulations and take action to make sure the oceans their ships travel remain as clear as the photos in cruise brochures. But we also need the EPA to adopt tougher treatment standards to protect our oceans and coasts from the waste of these floating cities."

Cruise ships are also responsible for significant amounts of air pollution from the dirty fuel they burn. Even at the dock, cruise ships often run dirty diesel engines to provide electrical power to passengers and crew.

According to the U.S. EPA, each day an average cruise ship is at sea, it emits more sulfur dioxide than 13 million cars and more soot than 1 million cars. Starting in 2015, cleaner fuel standards in the U.S. and Canada will reduce the amount of sulfur emitted by each ship about 97 percent and the amount of soot by 85 percent, in addition to the interim cleaner fuel standards already in place in North America.

Disney Cruise Line, based in Lake Buena Vista, Fla., was ranked as the most environmentally responsible line, earning an A for sewage treatment and an overall grade of A—the only line to score that highly—and the first A ever issued to a cruise line. Keever said all four Disney ships have advanced sewage treatment systems and three are equipped to plug in to shore-based power.

At the other end of the scale, Carnival Cruise Lines of Doral, FL received an F for sewage treatment and an overall grade of C-minus. The company has the world's largest fleet of 24 cruise ships but only two with advanced sewage treatment technology.

Carnival Lines' parent company, Carnival Corp. & PLC of Miami and London, also operates six other lines graded by the report card. Although the Carnival-owned Seabourn and Cunard lines both received an A for sewage treatment and Holland America and Princess received a B and B-minus respectively, two other Carnival lines—P&O and Costa—received extremely low grades for sewage treatment and overall grades of F.

"As the industry leader, Carnival Corp. has to step up its environmental game throughout all of its different lines," Keever said. "How can Carnival Corp. justify having more than half of its fleet continue to use outdated technology that pollutes our oceans and threatens our marine ecosystem health, sea life and all of us?"