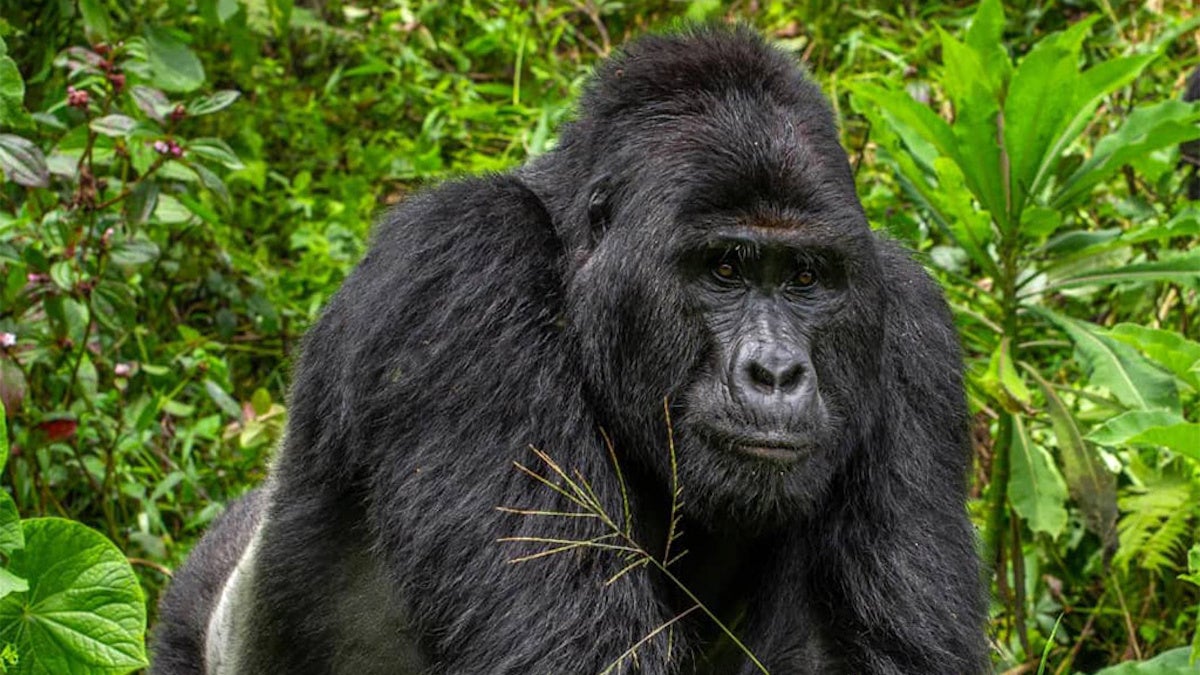 Rafiki was one of Uganda's best known and most beloved gorillas. Uganda Wildlife Authority / Facebook

Four poachers in Uganda were arrested for killing one of the country’s rare silverback mountain gorillas, according to CNN.

Rafiki was one of Uganda’s best known and most beloved gorillas. The 25-year-old gorilla was part of the famed Nkuringo gorilla group that lives in the Bwindi Impenetrable National Park and is popular with tourists. Mountain gorillas are an endangered species.

There are just over 1,000 mountain gorillas in existence. Those low numbers caused the Uganda Wildlife Authority (UWA) to describe the death as a “very big blow,” according to the BBC.

The UWA tweeted out a picture of Rafiki along with a statement about the arrest.

We have arrested four people over the death of Rafiki, the Silverback of Nkuringo Gorilla group in Bwindi Impenetrable National Park. They will be prosecuted in the courts of law. See statement below; pic.twitter.com/Hf17vfsmL3

The statement said that one of the detained men had been found in possession of wild hog meat, rope and wire snares and spears. It also said that an investigation of Rafiki’s death “after a postmortem report revealed that the Silverback sustained an injury by a sharp device/object that penetrated its left upper part of the abdomen up to the internal organs.”

If the four men accused of killing Rafiki are convicted, they will face a life sentence or a fine of .4 million for killing an endangered species, according to the BBC. In the statement, the man who speared Rafiki claimed that they were in a group to hunt in the park when they came across a group of gorillas, and that Rafiki charged at them.

Rafiki first went missing on June 1, but his body was found the next day. At the time Rafiki died, the Nkuringo group had 17 gorillas, the release said. The silverback was the dominant male in the group that also included three blackbacks or younger mature males, eight adult females, two juveniles and three infants, according to the UWA, as CNN reported. Adult mountain gorillas have the distinctive silverback shading.

The group was the first to reside in the southern section of the park that is home to about half of the world’s mountain gorilla population.

This group led by Rafiki was described as habituated, meaning that its members were used to human contact.

“The death of Rafiki leaves the group unstable and there is the possibility that it could disintegrate,” Bashir Hangi from the UWA told the BBC. “It has no leadership at this time and it could be taken over by a wild silverback.”

If a wild silverback became the dominant male of the group, it might start to shun human contact, which would negatively affect tourism, according to the BBC.

Bwindi Impenetrable National Park, a UNESCO world heritage site near Uganda’s border with the Democratic Republic of Congo, is a 120 square-mile patch of dense tropical forest that is home to primates, elephants, antelopes and other wildlife. Nearly 400 mountain gorillas live there, which is roughly half the world’s population, and, by far, the park’s largest attraction to tourists, as Reuters reported.

As the BBC reported, mountain gorillas are restricted to protected areas in the Democratic Republic of Congo, Rwanda and Uganda. In addition to making a habitat in Bwindi Impenetrable National Park, the species extends out to a network of parks in the Virunga Massif range of mountains that make up the borders of the three countries.

The International Union for Conservation of Nature upgraded the species’ prospects from critically endangered to endangered, after intensive conservation efforts, including anti-poaching patrols, paid off.