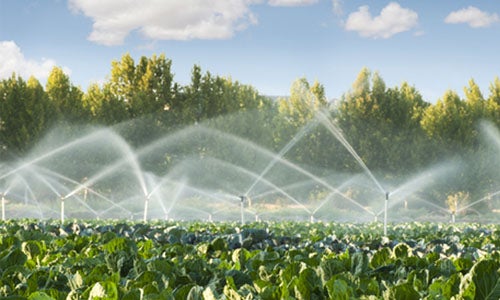 The April 1 snowpack assessment in California, which set an all-time record for lowest snowpack levels in the state’s history, finally spurred Governor Brown’s office to issue an executive order to residents and non-agricultural businesses to cut water use by 25 percent in the first mandatory statewide reduction in the state’s history. 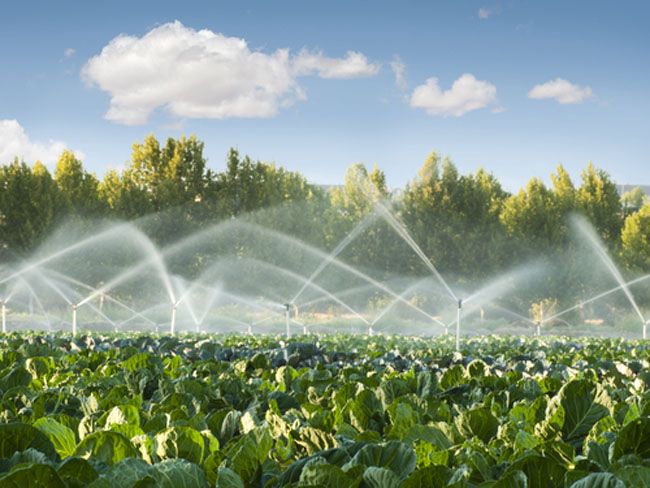 Some groups have been exempted from the water restrictions, specifically big agriculture, which uses about 80 percent of California’s water.

But some groups have been exempted from the water restrictions, specifically big agriculture, which uses about 80 percent of California’s water, and oil companies. Democracy Now! discussed on their show today the new mandates and the implications of exempting some of the biggest water users in the state.

Food & Water Watch California is one of the groups critical of Governor Brown for failing to cap water usage by oil companies and corporate farms, which grow water-intensive crops like almonds and pistachios, most of which are exported out of state or overseas, reports Nermeen Shaikh of Democracy Now! “In the midst of a severe drought, the governor continues to allow corporate farms and oil interests to deplete and pollute our precious groundwater resources,” says Adam Scow of Food & Water Watch California.

Shaikh and fellow reporter, Amy Goodman, then turn to Mark Hertsgaard, author of a new book, Hot: Living Through the Next Fifty Years on Earth, and whose latest story is “How Growers Gamed California’s Drought.” Hertsgaard, an expert on big agriculture and the drought in California, discusses how the price of water is far too low and how we’re still wasting far too much water. “If we priced [water] properly, which means a little bit higher, there’s enormous strides California could be taking with water efficiency,” says Hertsgaard. “We could essentially wipe out the effects of the drought.”

But right now we have billionaire farmers like Stewart Resnick bragging about record profits and record production in water-intensive crops like pistachios, almonds and alfalfa, while poorer communities where farmworkers live “don’t have water coming out of their taps anymore,” says Hertsgaard.