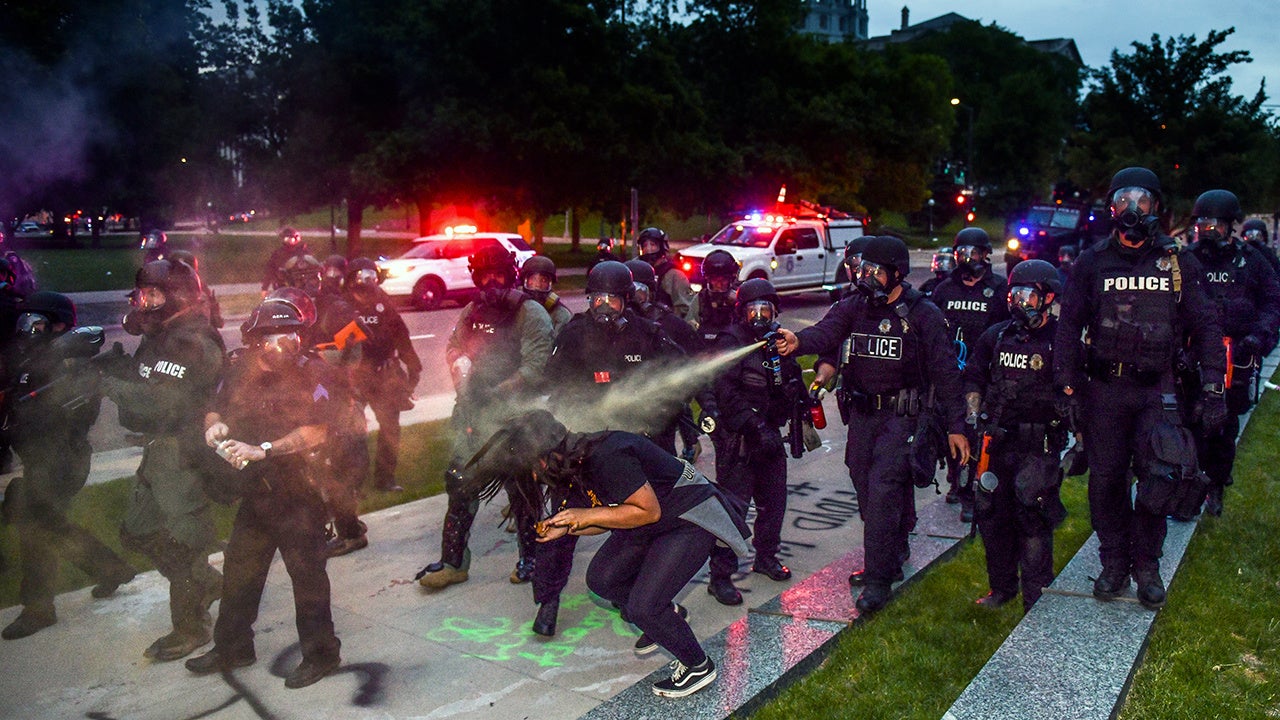 Police officers pepper spray a woman next to the Colorado State Capitol as protests against the death of George Floyd continue for a third night on May 30 in Denver, Colorado. Michael Ciaglo / Getty Images

A federal judge late Friday issued a temporary order barring the Denver Police Department from using projectiles and chemical weapons such as tear gas against peaceful demonstrators, condemning the conduct of some officers against protesters across the nation in recent days as “disgusting.”

The restraining order, which took effect immediately, comes in response to a lawsuit filed on behalf of four Denver protesters who said the use of “pepper spray, pepper balls, rubber bullets, flashbang grenades, and tear gas” by city police during a May 28 demonstration against the killing of George Floyd violated their constitutional rights. Jackson’s ruling came just hours after Seattle Mayor Jenny Durkan, a Democrat, imposed a 30-day ban on police use of tear gas, which is banned in warfare.

“If immediate relief is not granted, plaintiffs’ speech would be chilled and outright denied over the next several days or weeks of demonstrations,” Jackson wrote. “Indeed, irreparable harm has already occurred in the form of physical injury and the suppression of speech.”

“People have an absolute right to demonstrate and protest the actions of governmental officials, including police officers,” Jackson continued. “It is one of the many freedoms on which this country was built … Citizens should never have to fear peaceful protest on the basis of police retaliation, especially not when protesting that very same police violence.”

While Jackson’s order was described as “extraordinary” and applauded as a positive step that should be replicated nationwide, it is not without loopholes. As the Colorado Sun reported, Jackson’s order allows Denver police to use chemical agents and some projectiles against demonstrators “if an on-scene supervisor at the rank of captain or above specifically authorizes such use of force in response to specific acts of violence or destruction of personal property that the supervisor witnessed.”