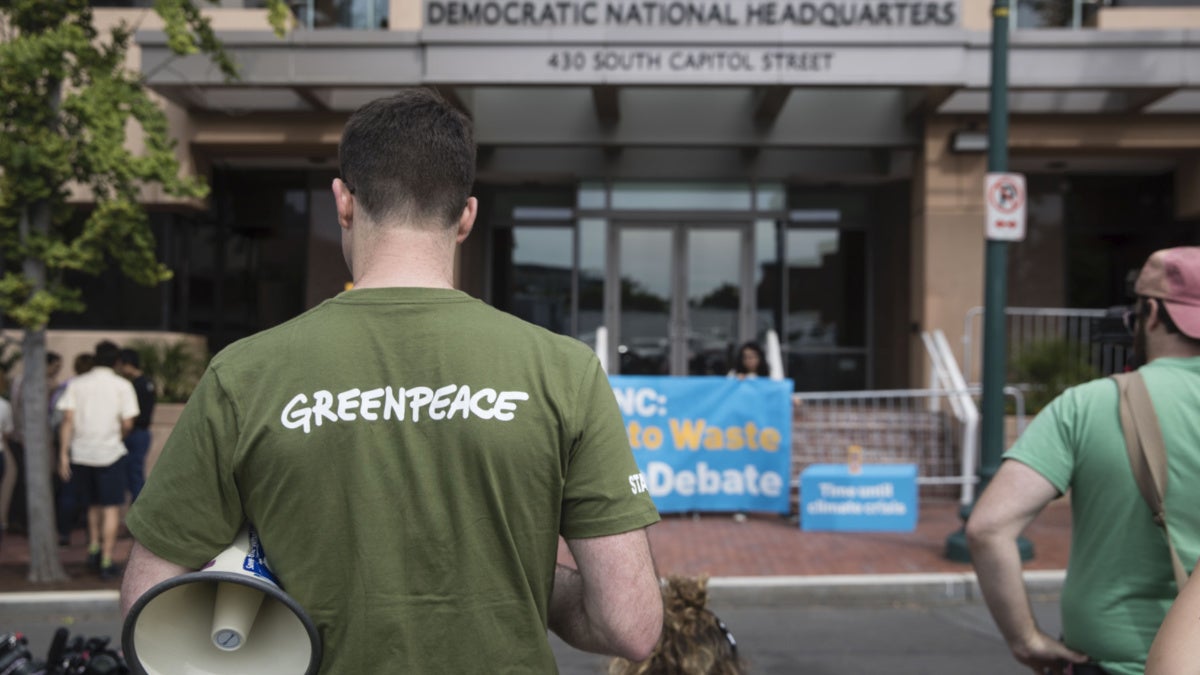 Despite mounting pressure on the party to craft a 2020 platform that includes ambitious climate policies, Democratic National Committee Chair Tom Perez on Monday announced a drafting committee that, in the words of journalist Emily Atkin, “snubs progressive climate activists again.”

Perez’s announcement followed reporting that Democratic Party leadership was “irked” when the DNC Council on the Environment and Climate Crisis released policy recommendations for the platform on June 4 that are bolder than the proposals in presidential candidate Joe Biden’s climate plan. Party insiders told Reuters the panel is an “insurgent” group that is not “taken seriously.”

Several climate advocacy groups have endorsed the panel’s recommendations, including Greenpeace USA on Tuesday. Charlie Jiang, a campaigner for the group, declared that “as we confront the interwoven crises of climate change, white supremacy, and Covid-19, we must demand nothing short of a visionary, transformative agenda from Democratic leadership.”

Perez, for his part, said in a statement that “crafting our party platform is important work, and I’m confident that the members of this committee will engage Americans in a substantive dialogue of ideas and solutions that will articulate our party’s vision for the country and mobilize voters in every community to elect Joe Biden.”

However, the positions and backgrounds of those charged with drafting that Democratic Party’s platform suggest the final version could fall far short of climate activists’ demands. As Atkin detailed in her HEATED newsletter Tuesday:

[The] majority of people on the drafting committee are Gen Xers and Baby Boomers (average age: 55) who have either have no history of prioritizing climate; aren’t on record as supporting the Green New Deal; and/or haven’t signed the No Fossil Fuel Money pledge. There’s only one person on the drafting committee who could credibly considered a climate-focused Democrat. There are more big bank executives on the Democratic platform drafting committee than there are climate activists or millennials.

Atkin created a spreadsheet of all the committee members with identifiers such as age, gender, and race as well as parts of their political histories—including whether they endorsed Sens. Bernie Sanders (I-Vt.) or Elizabeth Warren (D-Mass.), who were the two most progressive 2020 Democratic presidential primary candidates before suspending their campaigns.

Haaland is the only elected official on the committee who has signed the No Fossil Fuel Money pledge, and she and Clark are the only two members who supported Warren’s presidential run, according to the spreadsheet. Just Gautney, Mejia, and Orton backed Sanders—who, as Atkin noted, “had the most aggressive climate plan.”

Atkin’s analysis came after she reported for HEATED last month that Michelle Deatrick, who chairs the DNC climate panel, was worried that the platform drafting committee “would be filled with people who don’t prioritize progressive climate policy like the Green New Deal.” As Atkin put it Tuesday: “Her fears were founded.”

The DNC's powerful platform drafting subcommittee announced yesterday does not include anyone from the DNC climate council, which was created after the climate debate debacle to ensure a bold climate policy platformhttps://t.co/pw7vtd35F0

The DNC council launched in February to pressure the party to pursue more aggressive policies in the wake of Perez refusing to hold a climate-focused primary debate. Deatrick is a former Sanders campaign surrogate and the panel’s platform recommendations largely align with the former presidential candidate’s climate plan.

The panel suggested spending – trillion on tackling the climate crisis over the next decade and committing to various emissions and renewable energy targets—specifically, “near-zero emissions by 2040; 100% clean renewable energy by 2030 in electricity generation, buildings, and transportation; and 100% zero-carbon new building infrastructure by 2025.”

The council also called for prioritizing “working families above fossil fuel corporations by ensuring a just transition and building a green economy with millions of new, family-sustaining jobs” and addressing “the disproportionate environmental and climate harms to frontline and vulnerable communities”—and detailed various policies for each of those demands.

In Greenpeace USA’s endorsement of the recommendations, Jiang celebrated that the council decided to “stake a bold and much-needed new direction for the Democratic Party” and expressed hope that “the many visionary and essential elements of this proposal [will be] included in the official DNC platform to be finalized in August.”

“It’s critical that candidates and elected officials champion a Green New Deal and a managed transition away from fossil fuels, including the end of federal permits, subsidies, and financing for oil, gas, and coal,” he said. “A world beyond fossil fuels—one that prioritizes justice for workers and communities on the frontlines of the climate crisis over corporate profit—is possible if our elected officials are willing to fight for us.”

“As platform negotiations continue, we hope to see more details emerge as to how the part plans to meet its important goals for achieving 100% clean power, transportation, buildings, agriculture, and industry; deploy federal investments quickly and equitably; and meaningfully engage with impacted workers and communities,” Jiang added. “We must prioritize racial and economic justice for frontline communities while mobilizing the full power of the federal government to tackle the historic crises we face.”