Could Pixar's 'Finding Dory' Have an Adverse Effect on Coral Reefs? 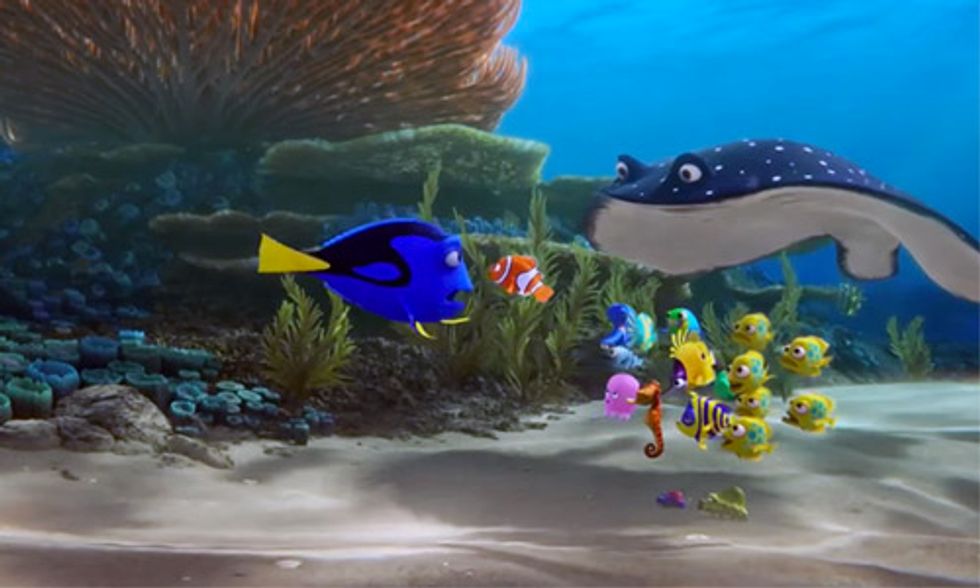 Despite how adorable Dory is in Pixar's Finding Dory, you shouldn't go out and try to buy your own Dory right after seeing the movie.

Pacific Blue Tangs, Dory's species, aren't the easiest pets to take care of and the demand for them can destroy coral reefs. Currently 100,000 to 150,000 Pacific Blue Tangs are bought in the U.S. every year, Andy Rhyne, a marine biologist at Roger Williams University, told NPR's Jed Kim on Marketplace.

Rhyne has a bad feeling that number might spike after the June 17 release of Finding Dory.

“When you make an animal charismatic, adorable and just as cute as it is with Ellen DeGeneres' voice on there, there's nothing you can do to stop people from wanting to know more about that animal and then wanting to be able basically to keep that as a pet," Rhyne told Marketplace.

Rhyne cited reports of demands for clownfish spiking 30 percent after Finding Nemo, the prequel to Finding Dory, was released. But other experts disagree with Rhyne's predictions.

“We didn't see any increase in the demand for ocellaris or percula clownfish following Nemo," Sandy Moore, president of Segrest Farms, a distributor and importer of fish, told NPR. “We did see an increased awareness overall in aquarium keeping."

Even if only a few hundred new people want Pacific Blue Tangs as pets, that demand could take a toll on the environment. Pacific Blue Tangs can't be bred in captivity—all attempts have failed so far—so they must be captured in the wild. Fishermen in areas with high Pacific Blue Tang populations don't always use the best methods.

“Unfortunately, some of the fishes that are collected for their ornamental value can be collected in ways that aren't as good as they can be for the fish or for the reefs that they live in," Judy St. Leger, president of Rising Tide Conservation, told NPR.

“It's a long-lived fish," Moore told NPR. “It's a real investment."

Listen to Marketplace's full story below: