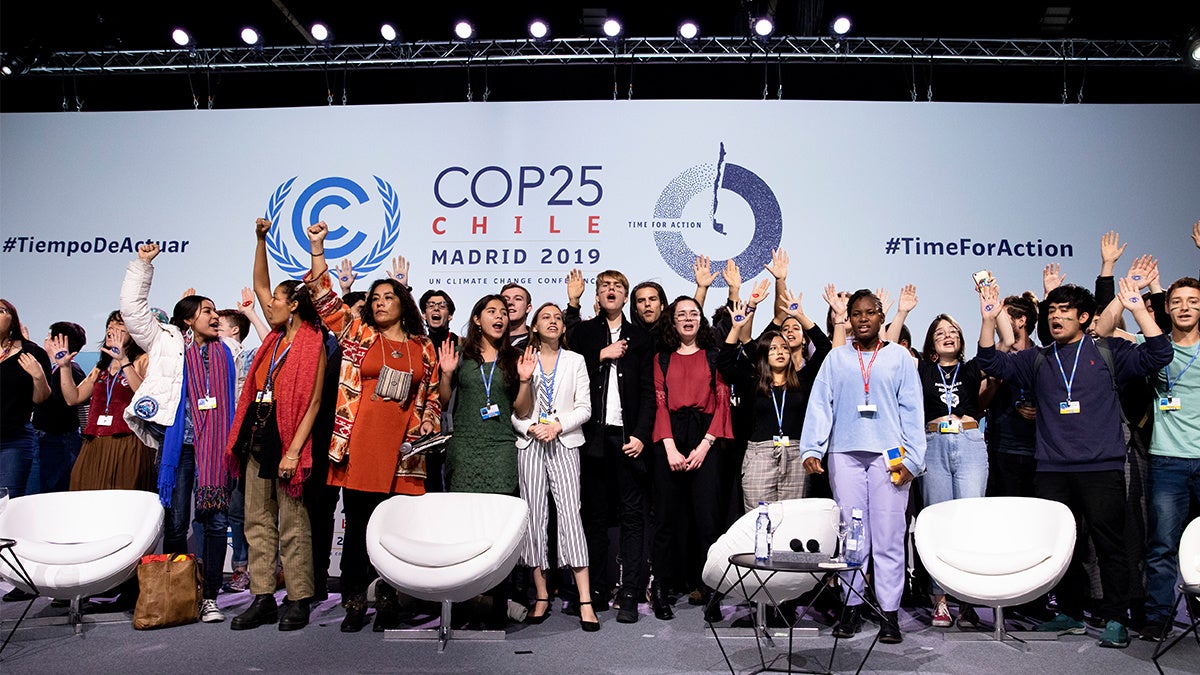 Young activists shout slogans on stage after Greta Thunberg (not in the picture) took part in the plenary session during the COP25 Climate Conference on Dec. 11 in Madrid, Spain. Pablo Blazquez Dominguez / Getty Images

Young activists took over and occupied the main stage at the COP25 climate conference in Madrid, Spain Wednesday and demanded world leaders commit to far more ambitious action to address the ecological emergency.

“Nobody has ever done an action like this before,” said youth climate striker Dylan Hamilton of Scotland. “The times are changing.”

Video posted by Brussels-based climate activist Damien Thomson shows protesters with Fridays for Future walking onto the stage and siting down. The group’s chants included, “What do we want? Climate justice. When do we want it? Now!”

They also shouted, “We are unstoppable, another world is possible!”

“World leaders have left us no choice,” said 14-year-old Alexandria Villaseñor of New York about the sit-in.

U.N. security threatened to “de-badge” the activists unless they left the stage.

The action took place after a plenary that included speeches from teen activist and newly-minted Time Person of the Year Greta Thunberg of Sweden and youth climate activist Hilda Flavia Nakabuye of Uganda.

“I am the voice of dying children, misplaced women and people suffering at the hands of the climate crisis created by rich countries,” Nakabuye told the audience.

Reacting to the sit-in, author and climate act Bill McKibben said on Twitter, “Time for negotiators to face the people whose lives they are negotiating away.”