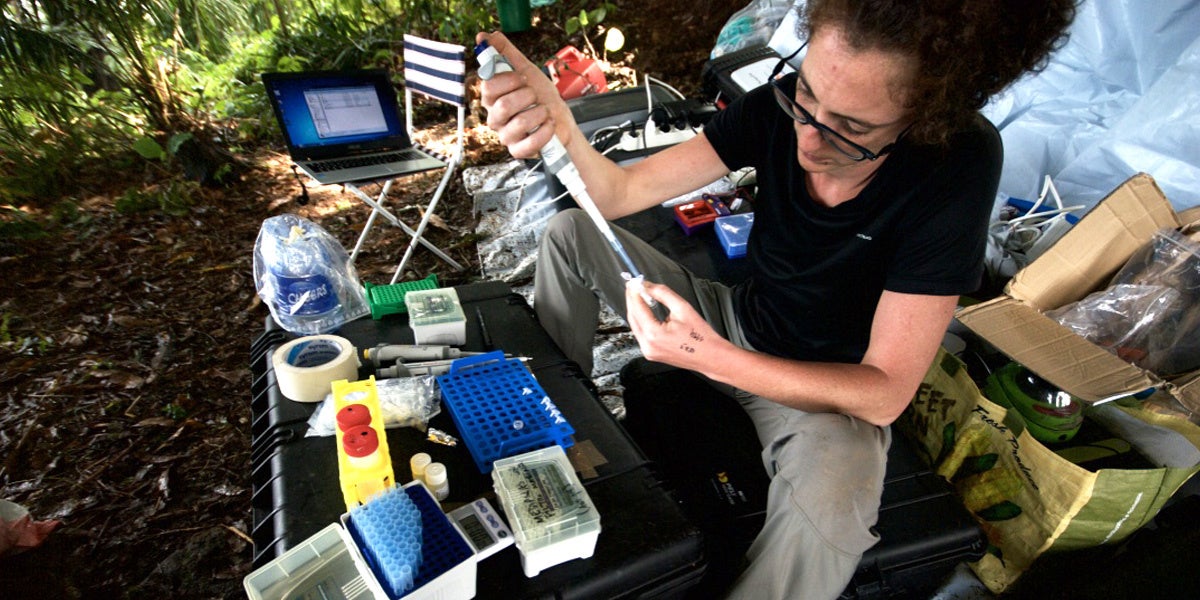 Technology is changing how we investigate and protect planet Earth.

The increased portability and reduced cost of data collection and synthesis tools, for instance—from visual and acoustic sensors to DNA sequencers, online mapping platforms and apps for sharing photos—have rapidly transformed how we research and conserve the natural world.

These tools afford research and conservation projects across the globe an unprecedented capacity to access, collect, organize, analyze and convey information. But these new tools are being developed and deployed so quickly, it can be hard to stay on top of them all.

Below, we review some of 2017’s conservation tech trends that have helped researchers and conservationists better understand their species and systems of interest, monitor their status and take actions to conserve them. We hope Mongabay-Wildtech’s coverage of their experiences will help readers advance their own projects and priorities. 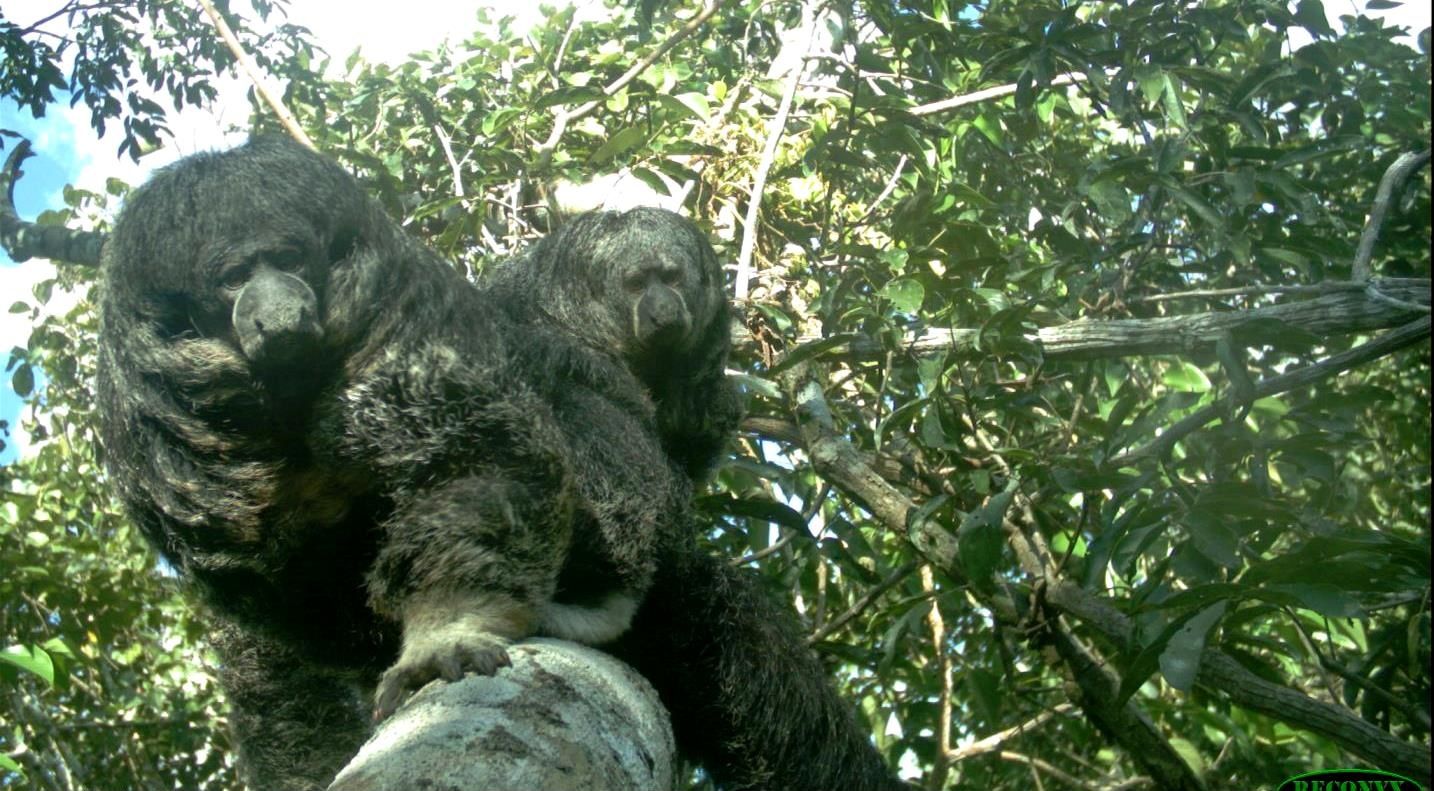 A pair of saki monkeys approach an arboreal camera trap in the Peruvian rainforest.SCBI-CCS

1. Camera traps are remote cameras that take photos when a sensor is triggered by the movement of an animal or person and, increasingly, send the image in real-time to the operator. They have helped researchers document the presence of elusive wildlife for decades, but innovative scientists have begun to apply this technology to new environments and species. The installation of camera traps in trees, for example, has successfully documented canopy use by arboreal mammals. Wildtech’s coverage (our most popular post this year) includes the scientists’ proposed solutions to various challenges faced in deploying cameras in the canopy.

Studying species in the dark requires its own technology. Researchers in the U.S. adapted thermal imaging sensors—which detect the heat energy emitted by animals—to study hibernating bats in caves and their response to white-nose syndrome.

Hummingbird researchers adapted this popular technique by separating the sensor from the camera to give cameras time to film the tiny, fast-flying birds. The do-it-yourself system allowed the researchers to use their own high-speed video camera and multiple independent sensors to detect the birds at different flowers. The adaptable setup could help other studies where a specialized camera or sensors are needed. 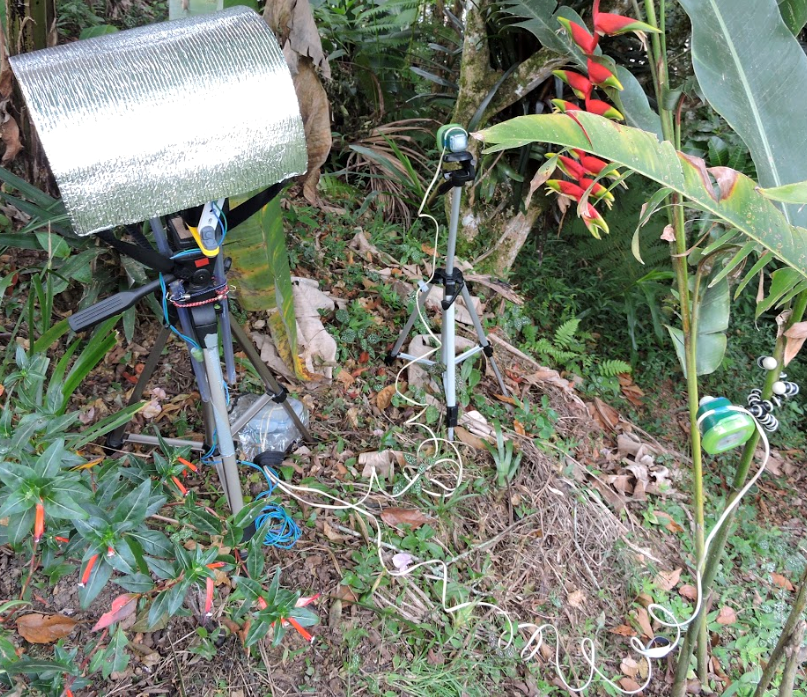 The hummingbird camera trap trigger system setup connects a high-speed video camera (covered, on the left) to two sensors, one on either side of the target Heliconia flower, to detect and begin filming the bird before it reaches the flower. Rico-Guevara and Mickley (2017).

As the number of camera trap studies increases, so does the number of “bycatch” photos—pictures taken of species that are not the target of the study for which the camera traps were deployed. One research team has urged researchers to share their photos of non-target species, especially those for which few occupancy studies exist, for others to use. They also crafted suggestions for making bycatch photosets easier to find, search and utilize.

2. Automated bioacoustic monitoring devices remind us that animals make a lot of noise. Acoustic sensors can play a role similar to that of camera traps by recording the presence of animals through their sounds 24/7, at relatively low cost, and storing them in a web-based platform for users to manage and analyze the data.

They are particularly useful for aerial and underwater species that move in three dimensions, rather than along trails. For example, researchers in Mexico detected the decreasing number of vaquitas through acoustic monitoring of their home in the Gulf of California. Passive acoustic monitoring devices set at spawning locations have allowed researchers to measure fish abundance independent of catch data. Bioacoustics are increasingly helping scientists understand overall ecosystem health, even underwater. 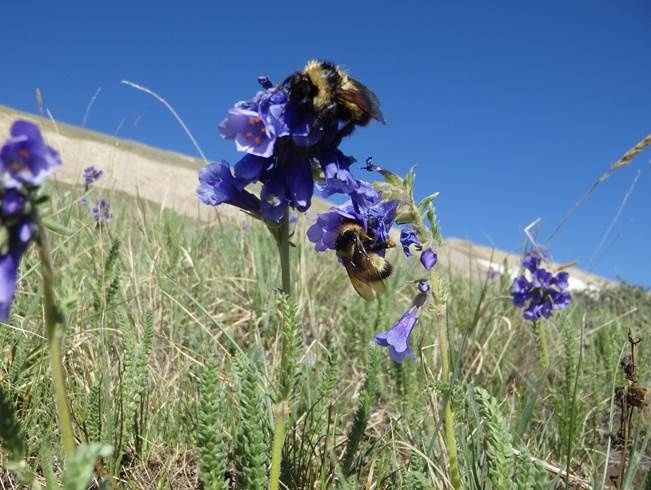 Long-tongued bumble bee queens visit flowers of the alpine skypilot. Acoustic sensors can distinguish the distinctive flight buzz of these large bees, a bee version of a cargo-plane flying from flower to flower. Zoe Maffett

Above-ground, acoustic devices have helped researchers relate the buzz signatures of wild bees to their body measurements and pollination potential, as well as the composition of the bee community in a given area.

Acoustic sensors can also detect human sounds and alert authorities or local indigenous groups in near real-time when chainsaws are detected in their forest.

New users of these and other data-collection technologies can learn more from a comprehensive new online resource, launched in 2017, that details best practices for using specific technologies, including camera traps, acoustic monitoring and LiDAR.

3. Technology to collect, process and analyze genetic data has provided a third unique method of detecting species’ presence. A portable field lab called GENE was able to extract, amplify and sequence DNA even in the challenging field conditions of the Congo Basin. A separate research team also used real-time nanopore sequencing to develop a portable DNA sequencer to rapidly read the DNA of any organism, including plants.

Environmental DNA (eDNA)—collected from the environment (typically from skin, scales or scat) and thus non-invasive—is particularly helpful in searching for rare aquatic species and determining fish community diversity, which is difficult to survey manually.

DNA barcoding, which compares DNA samples of unknown identity to reference databases using a gene carried by all animals, has transformed species identification for researchers and wildlife officials alike. The RHODIS rhino database helps identify the origin of horn material carried by poachers or traders. Similarly, barcoding of even processed market specimens can help trade officials distinguish legal from illegal species: one study found that most shark and ray products are illegal. Recent breakthroughs in portability and barcoding technology have resulted in handheld DNA analysis devices that will help officials rapidly identify species from wildlife parts on site. Such knowledge is still just one aspect of tackling wildlife crime; application of DNA results in courts of law varies across countries, in part based on the system’s presumption of guilt or innocence.

4. Researchers are using detection dogs in creative ways to meet the challenge of finding samples of genetic material of specific species in the wild. With their amazing sense of smell, certain dogs can be trained to detect scat of multiple target wild species—as well as ammunition, snares, humans, chemicals and invasive plants—faster and more effectively than people can. Dogs and the DNA in the dung they find helped researchers define movement corridors for several threatened carnivores in Argentina.

5. Generating and accessing big data has also never been easier.

Existing handheld data collection tools, such as CyberTracker and Open Data Kit, have inspired development of mobile apps for collecting, managing, and compiling data sets on specific taxa and ecosystems. India’s M-STrIPES app enables field patrols to use smartphones to quickly collect and upload data on tigers and their prey to a central server to modernize the nation’s tiger population estimates. 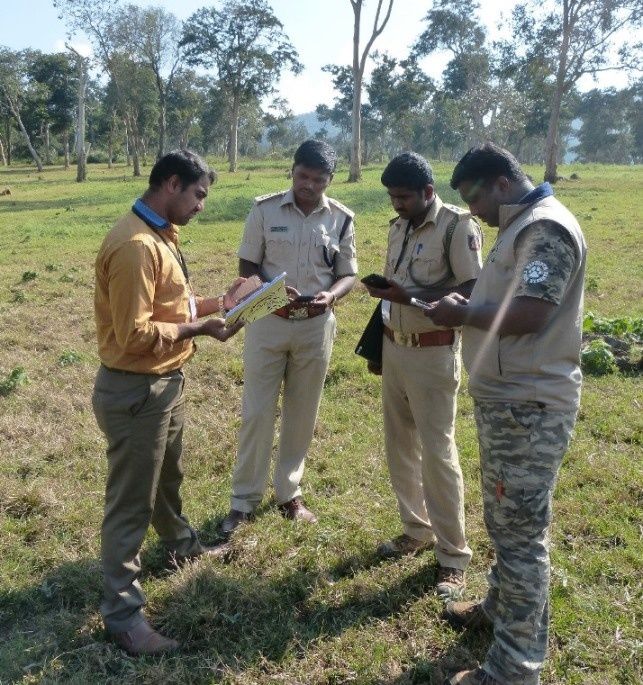 Fisheries, starting with the Pacific tuna fleet, are beginning to use onboard and portside mobile apps to document fish harvest in order to improve knowledge of population dynamics and transparency of fish catch across the fleet. 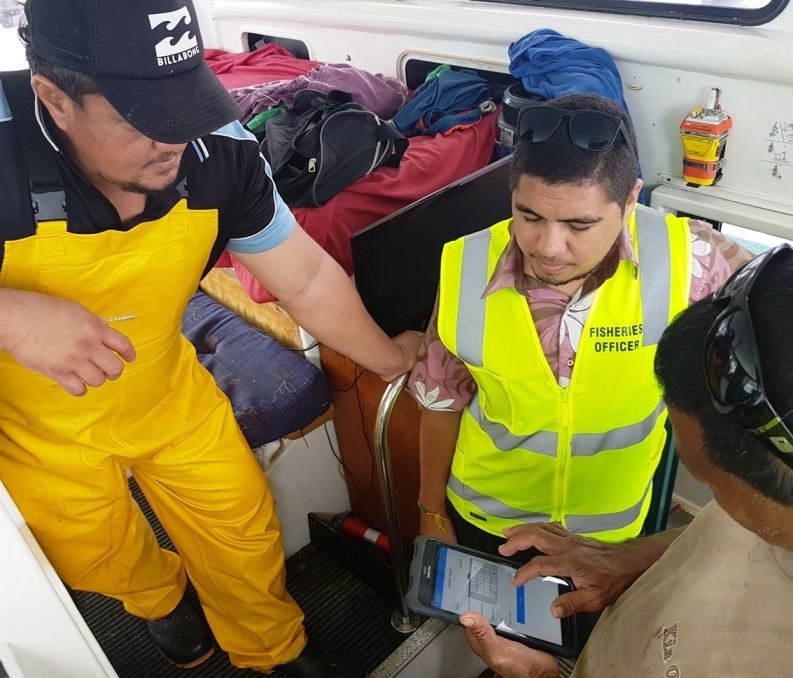 Learning apps provide a huge, varied audience with access to big data. Scientists and non-scientists alike can use their smart devices to share, inquire about, identify and use wildlife photos taken by thousands of users worldwide. The popular iNaturalist app has also incorporated algorithms to train software to recognize species automatically to speed identification for many common species. 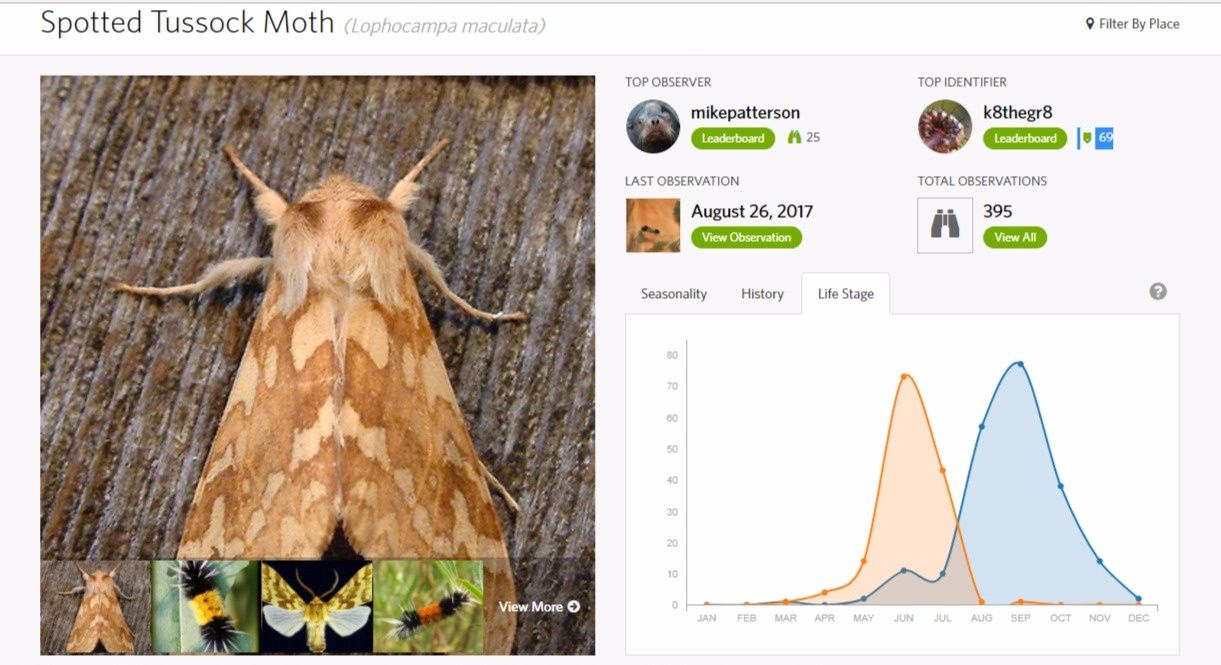 The iNaturalist Species page for the Spotted Tussock Moth. User entries of life stage have created a life stage seasonality graph representing the number of observations each month of adult moths (in orange) and larvae (in blue). iNaturalist

The more structured Global Biodiversity Information Facility provides free online access to occurrence records on nearly two million species, data that permit broad-scale analyses and that would otherwise be impossible to assemble. The huge Zoological Information Management System (ZIMS) database on the diets, health, genetics and breeding pedigrees of 21,000 species of captive animals, while not free, is now available to other wildlife institutions.

6. The unprecedented availability and reduced cost of aerial imagery—collected by sensors on small unmanned aerial vehicles (UAVs or drones, to count individual trees of target species), satellites (to analyze site- to regional-scale forest change), or anything in between—continue to revolutionize not only the collection of habitat data but also the monitoring of habitat at ecosystem and landscape scales. 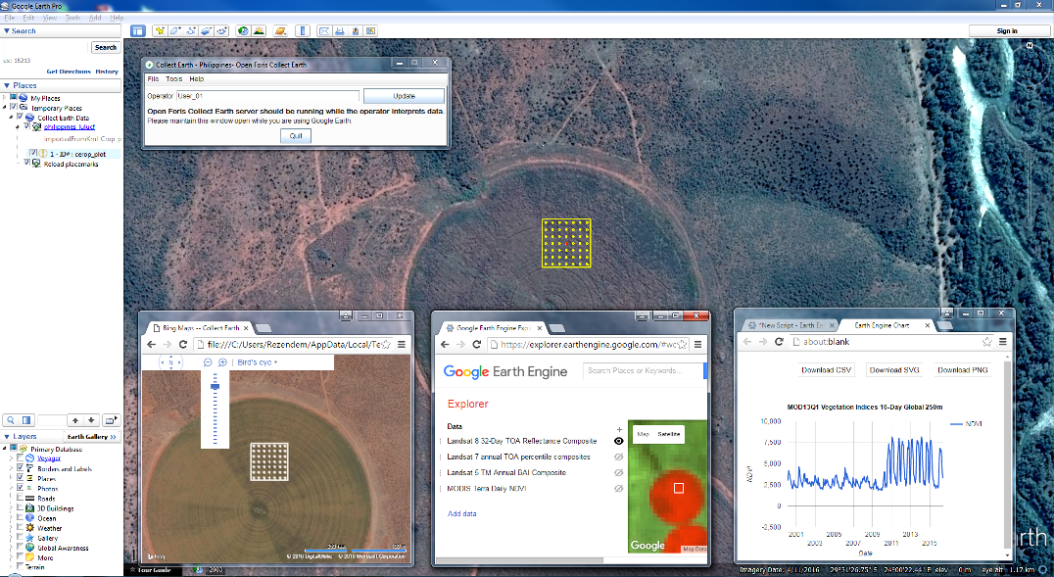 An image from the Collect Earth platform overlaid by 3 windows showing results of analyses of the plot data. FAO / Marcelo Rezende

Global Land Analysis & Discovery (GLAD) alerts go one step further by not only detecting fine-scale forest loss in near-real time but also notifying users of this change via email to enable rapid response.

7. Combining remote sensing imagery with other types of data can facilitate monitoring, especially over vast areas or in remote areas with rugged terrain. With sharks threatened by overharvest, researchers compared simultaneous locations of satellite-tracked fishing vessels and tagged shark locations to examine proximity and potential threat to sharks from accidental or deliberate catch. 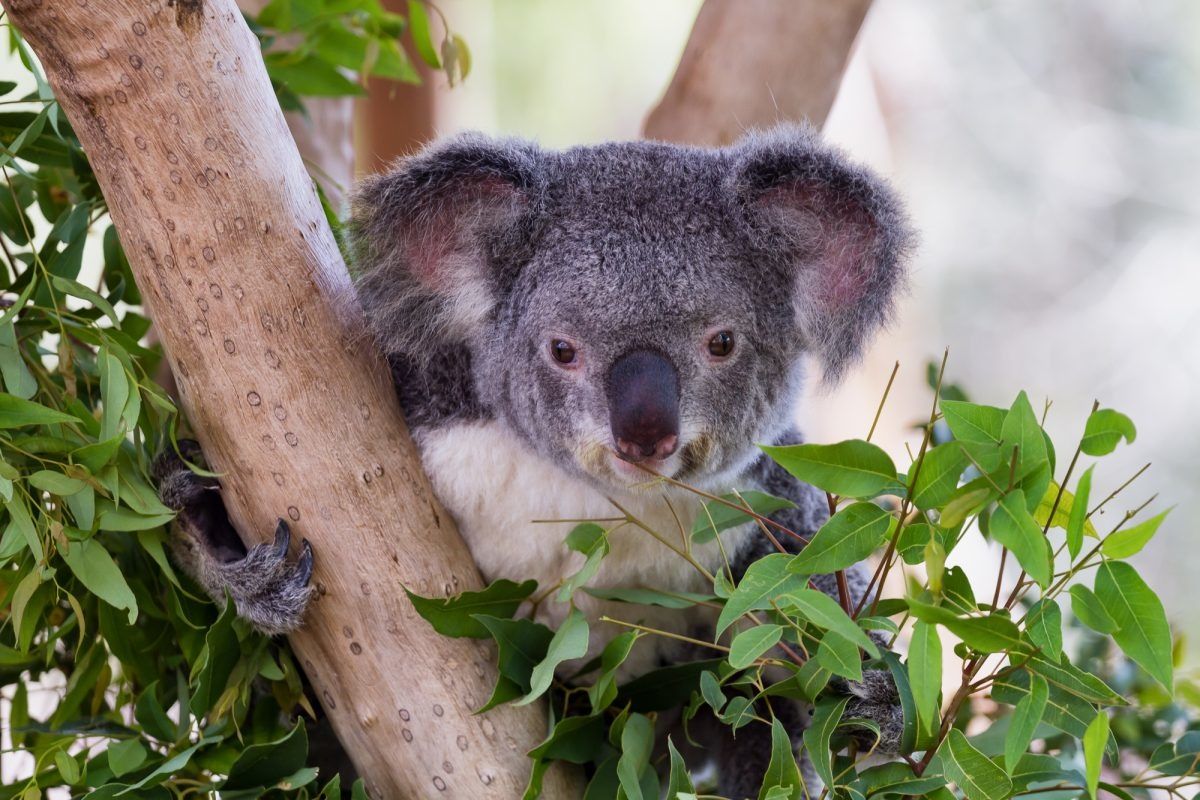 Recent tech developments encourage everyone to help advance biodiversity and ecological research, as well as draw attention to threats and changes to natural systems.

8. Apps that enhance real data with augmented reality may increase empathy for wildlife among gamers and other groups not traditionally active in conservation, while mobile technologies such as TIMBY allow concerned citizens to securely report (illegal) activities in their communities, providing unique evidence of what’s happening on the ground.

Free online tools that make documents and data related to the US Endangered Species Act more accessible help both officials and the public assess how the law is implemented, a service that could better connect citizens elsewhere with their countries’ environmental laws. 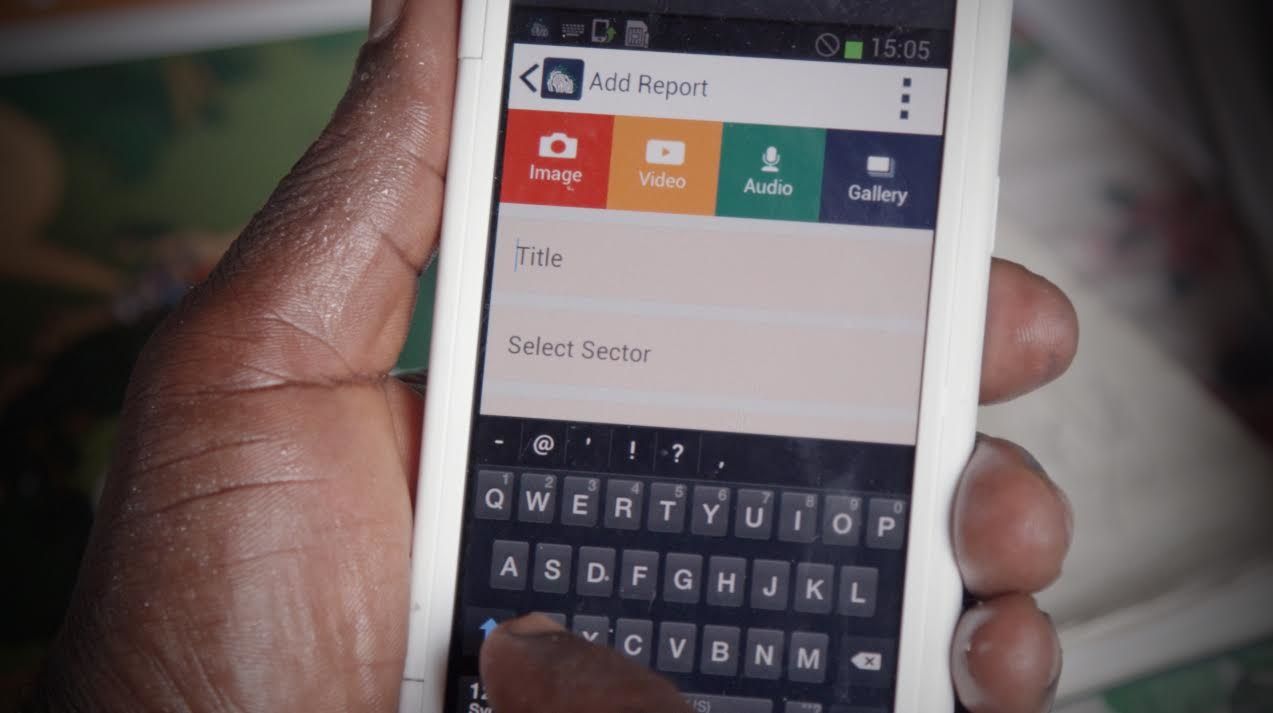 The TIMBY mobile phone app allows anyone to report environmental activities in their community. TIMBY

9. Online and mobile sharing of data and photos, in particular, have expanded the opportunities for citizen scientists to learn about the species around them, assist research projects and feel part of a learning community. Scientists analyzed georeferenced bird photos shared by hundreds of people through the eBird app to document seasonal changes in bird distributions. Wildbook software helps projects store and manage wildlife data by analyzing photos contributed by anyone to determine, based on an animal’s unique markings, if it is a new individual or an animal already in a project database.

10. Crowdsourcing data collection and processing can also be as simple as enticing volunteers to walk around, collect environmental data on their phones and submit samples of the soil on their boots to help researchers analyze pathogen distribution.

Processing the mountains of data generated by drone flights, camera traps and databases presents a challenge for cash-strapped conservationists and researchers. Some have turned to citizen scientists to help identify target species, including Amazon trees and African elephants, in photos and videos. The resulting abundance or demographic data can be used to focus conservation efforts on key locations, but maintaining data quality collected by citizen scientists requires careful planning and effort. 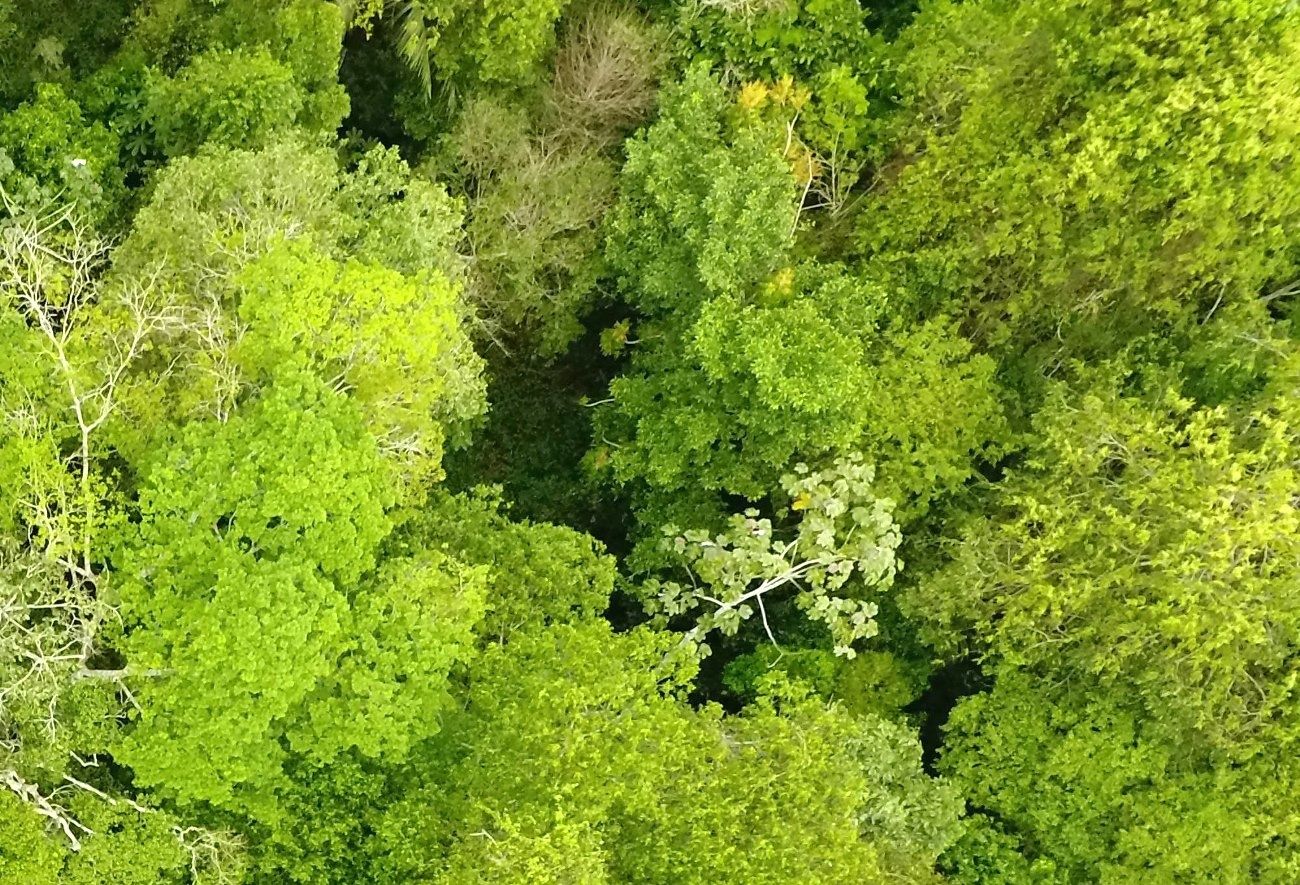 The distinctive large-fingered leaves of the Cecropia tree in the center of this image stand out in a sea of denser green tree crowns, making it easy for volunteers to remotely identify it in an aerial image. Zooniverse / Amazon Aerobotany