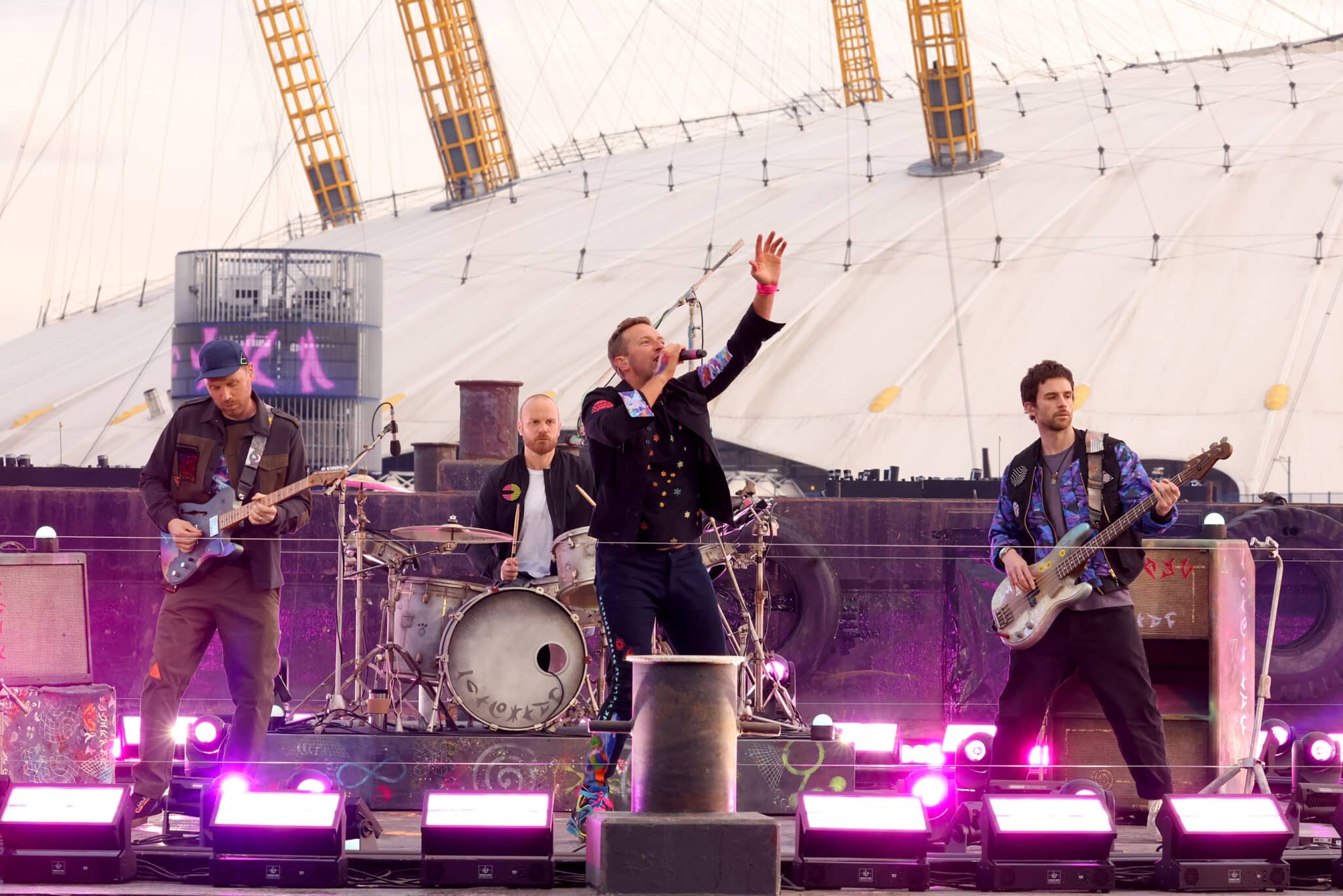 Jonny Buckland, Will Champion, Chris Martin and Guy Berryman of Coldplay perform at The Brit Awards 2021 at The O2 Arena on April 29, 2021 in London, England. JMEnternational for BRIT Awards /Getty Images

London band Coldplay, who have been playing music together for more than two decades, have been dubbed “useful idiots for greenwashing” for partnering with Neste, a Finnish oil company, to cut the band’s touring emissions in half, reported The Guardian.

Neste claims to be the largest producer of sustainable aviation fuel and renewable diesel in the world, according to its website. However, the company’s suppliers of palm oil razed at least 24,710 acres of forest, mostly in Indonesia and Malaysia, in 2019 and 2020, a study commissioned by Friends of the Earth Netherlands said.

“Neste is cynically using Coldplay to greenwash its reputation. This is a company that is linked to the kind of deforestation that would appal Chris Martin and his fans. It’s not too late, they should drop their partnership with Neste now and focus on truly clean solutions instead,” said senior director of the Transport and Environment (T&E) campaign group Carlos Calvo Ambel, as The Guardian reported. “Coldplay’s commitment to reduce its emissions is no doubt well-intentioned. But teaming up with a company linked to deforestation makes them useful idiots for greenwashing.”

Two years ago, the band committed to stop touring until they could do it sustainably, reported The Independent, and put together a 12-point plan to reduce their carbon footprint.

“When we announced this tour, we said that we would try our best to make it as sustainable and low carbon-impact as possible, but that it would be a work in progress,” a statement from the band said, as The Independent reported. “That remains true.  We don’t claim to have got it all right yet.”

The band’s goal is to “[eliminate] the use of fossil fuels” in their tour production and land freight movement, with a 50 percent carbon emissions reduction target as compared to their 2017 tour.

For every ticket sold on their current Music of the Spheres World Tour, a tree will be planted, reported The Guardian.

“Before we appointed Neste as supplier of these biofuel products, we received their guarantee that they do not use any virgin materials in their production – most especially not palm oil. It’s still our understanding that they use renewable waste products only, like cooking oil and byproducts from wood pulp manufacture,” the statement by Coldplay said, as The Guardian reported.

Right now, Neste’s fuel inputs are made up of seven percent crude palm oil, while its jet fuel is a mixture of animal fats, cooking oil and other residue and waste.

“For our collaboration with Coldplay, conventional palm oil was not used as a raw material,” spokesperson for Neste Hanna Leijala clarified, as reported by The Guardian.

Neste wouldn’t say how much of their jet fuel consisted of palm fatty acid distillates (PFADs), which are considered a palm oil refining byproduct in most EU countries, though not in Finland.

“Suppliers [of Neste] have also been involved in recent forest fires, ongoing land conflicts, bribery and labour rights abuses. The findings are at odds with Neste’s claim that it has been one of the most sustainable companies in the world for years,” said the Friends of the Earth Netherlands website.