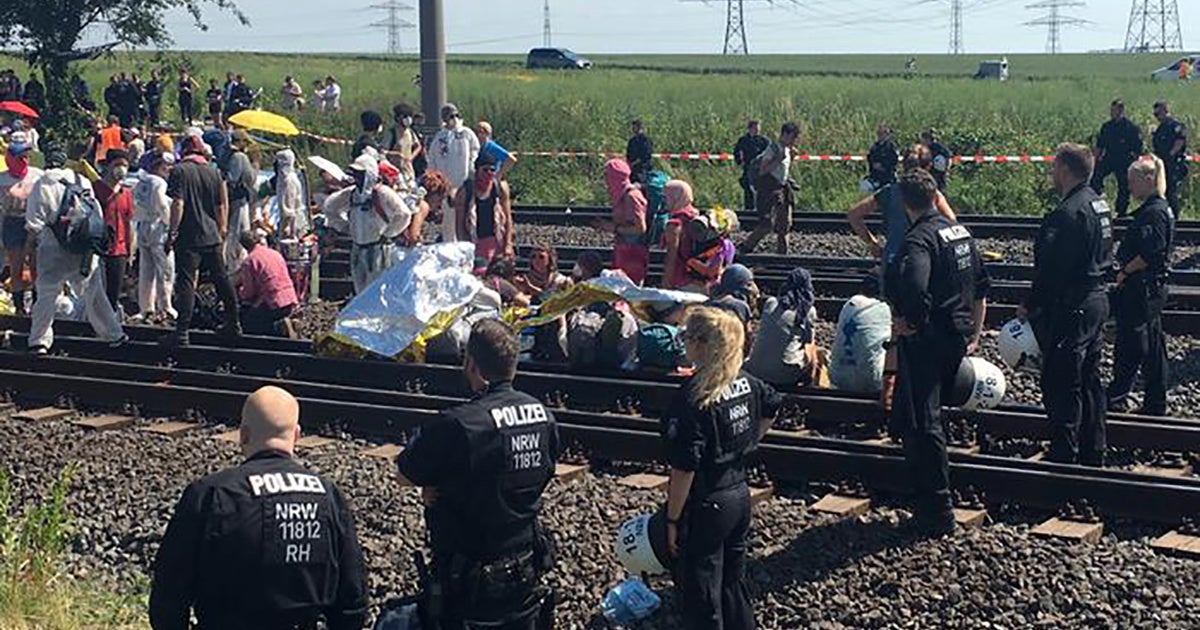 Protestors and police stand on ether side of railway tracks. dpa / picture-alliance

Police have cleared 250 climate activists who stayed overnight at the Garzweiler brown coal mine in western Germany, officials said Sunday.

However, some protesters were still blocking nearby train tracks that usually serve as a coal transport route from one of Germany’s biggest open-pit mines, near the cities of Düsseldorf and Cologne.

Spokeswoman Kathrin Henneberger confirmed the protesters had now left the mine.

“In the morning, there was a brief escalation with the police. Officers encircled a group, although all participants intended to clear the area around 10 a.m. as agreed and announced,” Henneberger told Germany’s dpa news agency.

Activists Stormed the Mine

Around 1,000 activists from the Ende Gelände (End of the Line) group marched to the huge mine on Saturday, before breaking through a police line and storming the pit.

Wearing white overalls, the protesters could be seen on videos published online, hooting and clapping as police ordered them to stay put.

Protesters and police accused each other of combative behavior in the mine, causing injuries. Police said eight officers were hurt in scuffles with protesters. 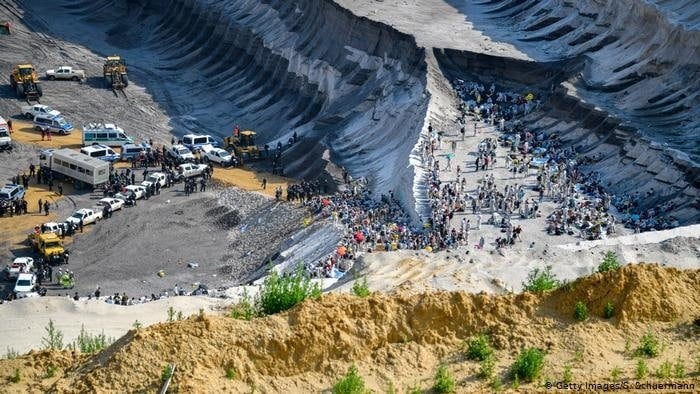 Although the Ende Gelände protest grabbed most of the headlines, it was a small part of a much larger rally on Saturday from the town of Keyenberg along the edge of the mine.

That, too, was dwarfed by the estimated 40,000 attendees from across Europe that came to the nearby city of Aachen on Friday to campaign for more action on climate change.

Garzweiler and the nearby mine at Hambach have been the focus of many protests in recent years because of plans to cut down an old-growth forest to enlarge both mines.

Months of climate protests by students, and a sharp rise in the polls for Germany’s Green party, has prompted Chancellor Angela Merkel to throw her weight behind the goal of making Germany climate neutral by 2050.

That would mean Europe’s largest economy would no longer add greenhouse gases to the atmosphere.

However, European Union leaders failed this week to agree on how to make the whole bloc carbon neutral by 2050.