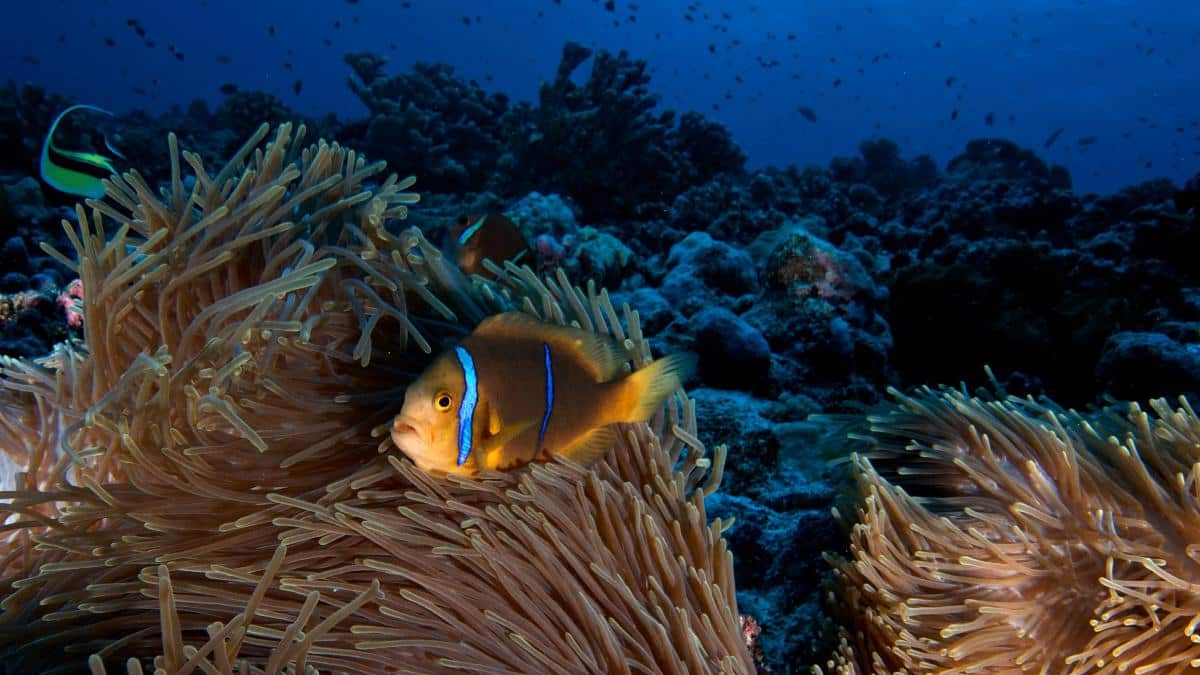 New research suggests that young clownfish who live in coastal reefs are dying faster due to artificial light exposure.

An international team of scientists from France, the United Kingdom, Chile and Australia studied the coral reefs of Moorea, an island of French Polynesia. They found that a species of clownfish that were exposed to human-generated light for long periods of time were 36% less likely to live, as compared to clownfish residing farther from the coast, according to The Guardian. Of the clownfish that did survive, 44% of them grew slower than the fish who lived under natural lighting conditions.

“Clownfish exposed to light pollution were more likely to die than fish under natural light cycles,” said Jules Schligler, lead author of the study, to ScienceDaily. “Like humans, fish need a period of inactivity, which is crucial for their well-being.”

One of the study’s authors, Stephen Swearer, a marine biology professor at the University of Melbourne, said Moorea has many luxury hotels, and their bungalows hang over the water and cast light at night, according to The Guardian.

The researchers studied the young clownfish living close to the shore, and their counterparts who live in anemones away from areas inhabited by humans.

“Rooms have these little windows, like a portal in the floor, so you can turn the light on and look at the fish swimming around underneath,” Swearer told The Guardian.

It is unclear why fish exposed to artificial light grow at a reduced rate, and are more likely to die, Swearer said.

A possible explanation is that the light attracts more predators. Another reason may be that long-term exposure to the light may have adverse physiological effects on the young clownfish.

Swearer said that the clownfish are “just really tired” because they can’t lower their activity levels at night time.

More research is needed to fully understand the effects of light pollution on marine life. Swearer said that more than 20% of oceans are exposed to “ecologically relevant levels of artificial light.”

“Many marine protected areas are impacted by light pollution at night, and authorities are not taking this pollution into account,” said Ricardo Beldade, associate professor at the Pontificia Universidad Católica de Chile, to ScienceDaily. “We hope that policy makers take this threat much more seriously for future management strategies.”