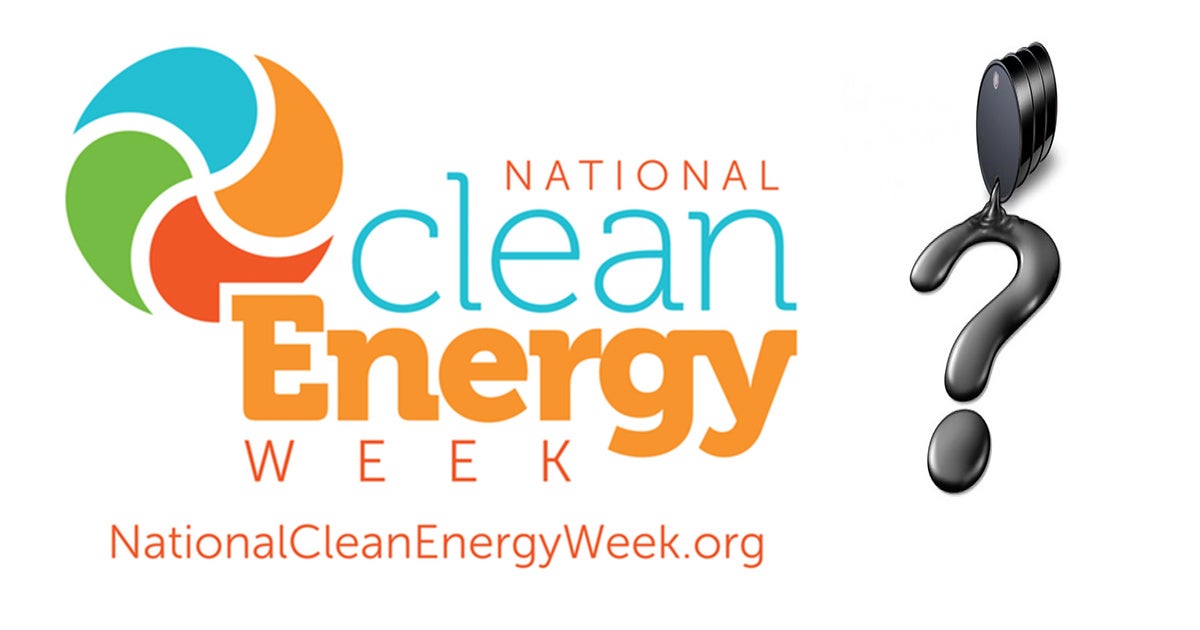 The ultimate corporate greenwashing experience starts in Washington, DC Monday, when some of America’s dirtiest polluters participate in what is being billed the “National Clean Energy Week.” In the current political “post-factual” era, it would be easy to be fooled.

The promotional material sounds great. What is there not to like?

According to a website set up to promote the week:

“Across America, clean and readily abundant forms of energy are powering more than homes and businesses. Taken together, our capacity for safe and reliable energy generation is driving a clean energy renaissance that is creating jobs, strengthening America’s national security, and preserving our environment.”

Tomorrow is the star event when there is a Symposium & Demonstration Fair on Capitol Hill, where speakers will include some of the top officials in the Trump Administration, including Interior Sec. Ryan Zinke and Energy Sec. Rick Perry.

By now your alarm bells should be ringing, because there is no way you could call these two clean energy advocates.

Let’s dig deeper. Who are the companies and trade organizations who are promising to preserve our environment? A quick look at the steering committee members also raises some serious red flags. There are lobbyists for the “Nuclear Energy Institute,” the “American Gas Association” and “Center for Liquefied Natural Gas.” None of these are clean or green. They are dangerous and dirty.

Both the nuclear and gas industries have tried to re-package themselves as clean and green on both sides of the Atlantic for years. For example, the trade body for the nuclear industry in the UK, the Nuclear Industry Association (NIA), for years ran this banner headline on its website: “Nuclear: climate friendly energy.”

One of the key nuclear spin doctors in the UK, Philip Dewhurst, who was the chair of the NIA, said the nuclear industry was spreading its messages “via third-party opinion because the public would be suspicious if we started ramming pro-nuclear messages down their throats.”

And that is exactly what “National Clean Energy Week” is all about. You don’t see the dirty nuclear industry, with its intricate links to nuclear weapons, its never ending issues around waste and its long term safety issues. You think instead of a clean, sustainable future. It’s greenwashing in its purest form.

Moreover, there is nothing clean about fracking, with an increasingly large amount of scientific evidence linking the industry to water and air pollution and climate change.

But they are not alone. The Steering committee also includes a lobbyist for biomass burning, which has been highly criticized as a false solution to climate change.

It also gets worse. If you look at the “Participating organizations,” they include the American Petroleum Institute, the leading lobbyists for the oil and gas industry, which has been at the forefront of trying to undermine environmental protection, deny climate change and open up the U.S. to oil and gas drilling for years.

Other companies involved include carbon capture and storage (CCS) and waste incinerator companies. None of these are remotely clean or green, either. Let’s not forget the whole life-cycle of dirty coal, from mountaintop removal to sulphur emissions. Coal companies are trying to argue that CCS is the answer to our climate change problems, but capturing carbon takes a huge amount of energy.

So who is the real driving force behind the coalition? If you try to find out who is behind the website—you will find that it was set up by proxy and the client name has been prohibited. For a coalition promising to secure America’s energy future, this secrecy is worrying.

This is just one of the deeply concerning issues that this initiative raises along with why some of America’s wind and solar companies are jumping into bed with dirty energy lobbyists. It can only harm their reputation.

Indeed, a letter has been written to members of Congress by numerous environmental organizations, including 350.org, Friends of the Earth and Oil Change International, arguing that the sponsors of National Clean Energy Week “include some of the dirtiest actors in the energy industry … Dirty energy lobbyists prefer to work in a “post-fact” environment, but greenhouse gases, air pollution, and toxic wastes from these technologies demonstrably impact our health, our environment, and our changing climate.”

They are urging members of Congress to support investments in truly clean energy, like energy efficiency and solar, wind, and geothermal power. Taxpayer dollars should not support dangerous and dirty technologies masquerading as “clean energy.”