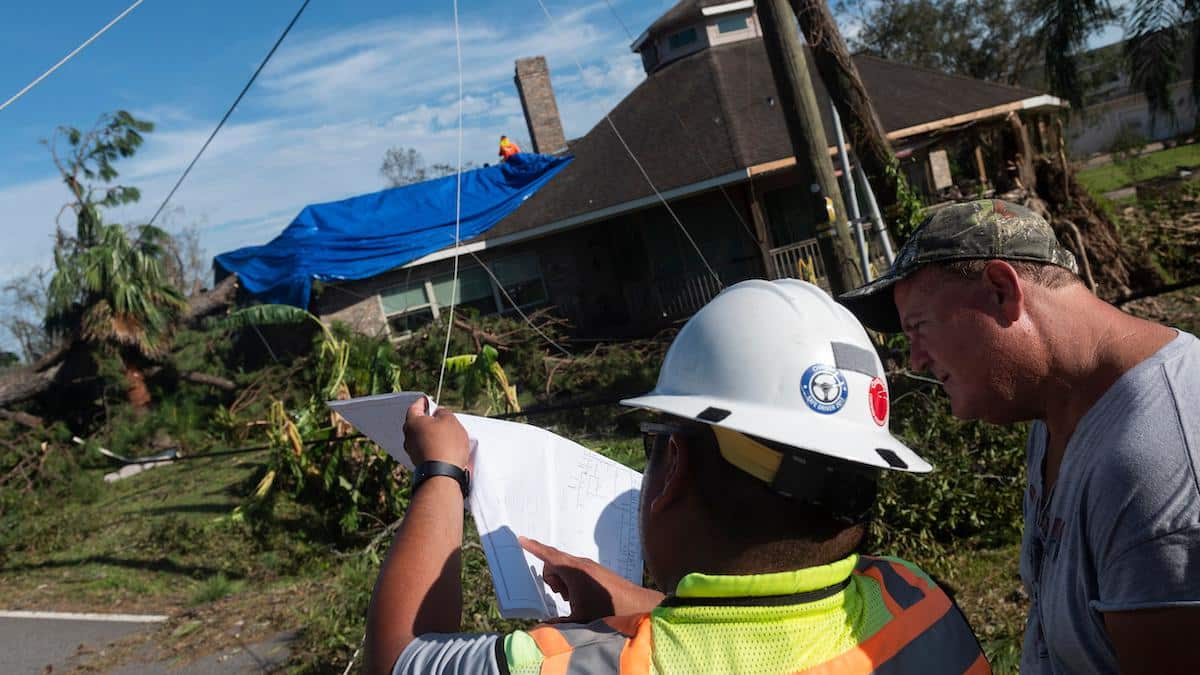 An electric company employee and a local resident survey the damage done to the power lines next to a large tree that fell on a house following the passage of Hurricane Laura in Lake Charles, Louisiana on Aug. 27, 2020. ANDREW CABALLERO-REYNOLDS / AFP via Getty Images

Many residents in Lake Charles are still recovering from Hurricanes Laura and Delta which hit the region last year, even as a new hurricane season begins. Currently, many in the region are relying on nonprofits and the federally funded, voluntary civil society program AmeriCorp to recover, as FEMA aid has been slow or nonexistent.

The CCC, which is based on the New Deal-era Civilian Conservation Corps, could help. Among other things, the program would put people to work restoring natural environments. In Lake Charles and coastal communities like it, restoring wetlands not only improves the natural habitat, but also can also serve as a buffer to absorb hurricane storm surge. At the funding level proposed in Biden’s plan, the CCC would operate on a much smaller scale than the original Civilian Conservation Corps, employing around 200,000 people.

‘However, there are several plans from Congressional Democrats calling for a more robust program that focuses on environmental justice and calls for investments in local-led adaptation projects. In May, members of the Sunrise Movement marched from New Orleans to Houston to highlight the potential of a CCC along the Gulf Coast. The fossil fuel industry supports up to 10 percent of jobs in Louisiana and even more in Lake Charles, so a program that offers employment would be welcome in the region.

“People feel forced to choose between putting food on their table and getting rid of the petrochemical plants,” said Jenna Hanes, who marched with Sunrise. But a CCC would mean “workers can gain skills for the future, that aren’t in an industry that’s going to eventually die.”