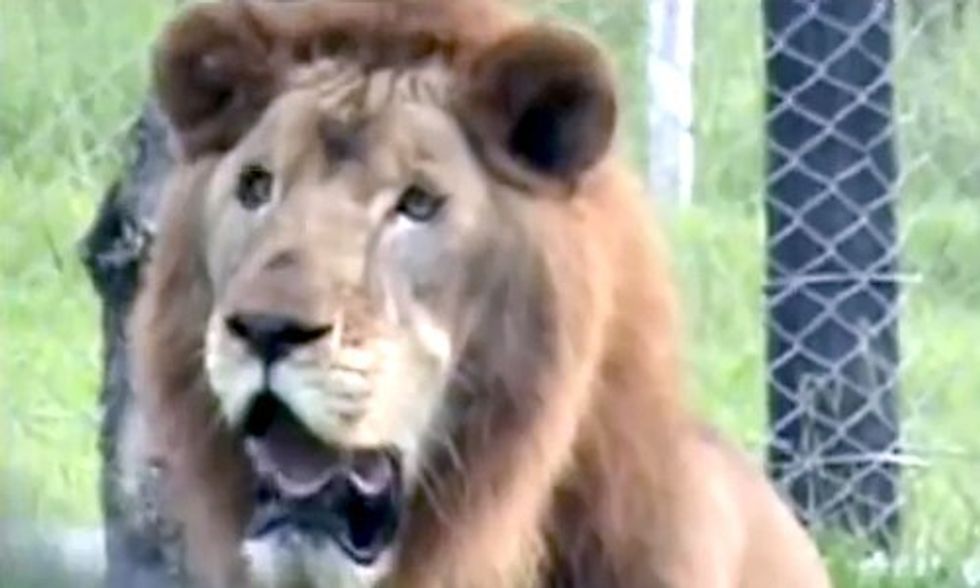 Lions are majestic and, sadly, exceedingly rare creatures. According to Defenders of Wildlife, their numbers have dropped by half since the 1950s, so that today fewer than 21,000 remain in Africa. Due to habitat destruction, poaching and climate change, lions could become extinct by 2020.

Lions have become prized possessions with the rise of trophy hunting and circuses, which have come under repeated fire for animal abuse. Big Cat Rescue, the largest big cat sanctuary in the world, says circuses should be banned for their cruelty to animals. "Often the cats are beaten, starved and confined for long periods of time in order to get them to cooperate with what the trainers want," says Big Cat Rescue. "And life on the road means that most of a cat’s life is spent in a circus wagon in the back of a semi-truck or in a crowded, stinking box car on a train or barge."

Watch this circus lion's elation when he is released from his cage: