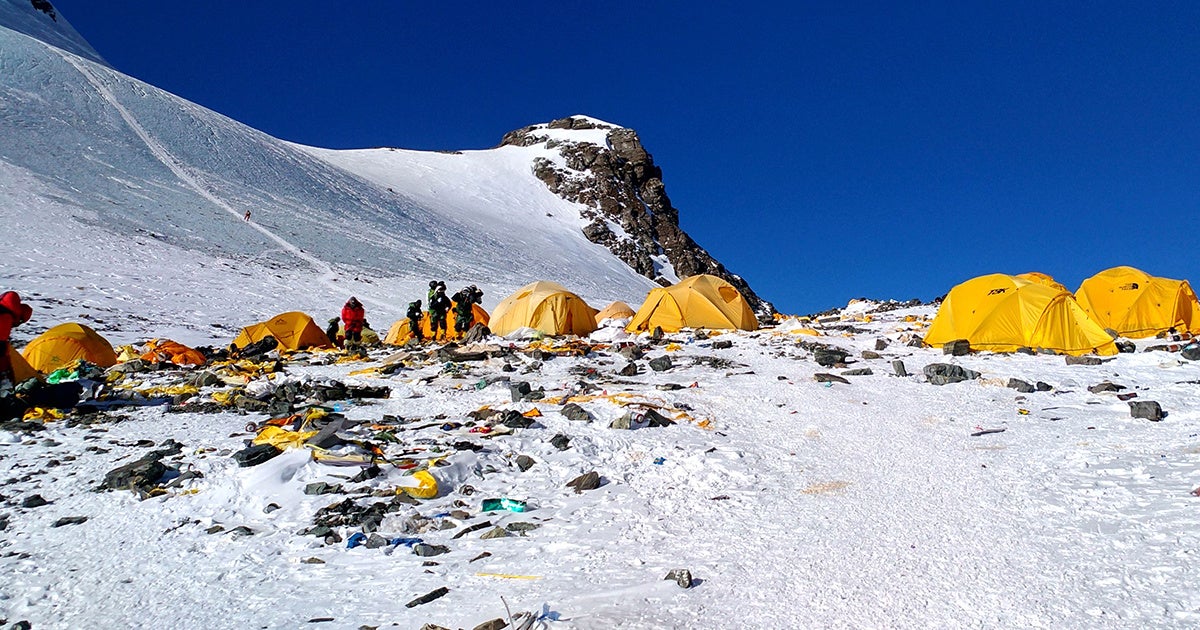 This picture taken on May 21, 2018 shows discarded climbing equipment and rubbish scattered around Camp 4 of Mount Everest. Decades of commercial mountaineering have turned Mount Everest into the world's highest rubbish dump as an increasing number of big-spending climbers pay little attention to the ugly footprint they leave behind. DOMA SHERPA / AFP / Getty Images

China has closed its Everest base camp to tourists because of a buildup of trash on the world’s tallest mountain.

The move comes as the Tibet Autonomous Region Sports Bureau said it had collected 8.4 metric tons (approximately 9.3 U.S. tons) of waste, including garbage and human waste, from the core area of the mountain last climbing season, ABC reported.

“[N]o unit or individuals are allowed entry into the core area of the Mount Qomolangma National Nature Reserve,” notices posted by the local government in Dingri County, Tibet, read.

Qomolangma is what Everest is called in Tibet. While ABC News reported that the notices first appeared in December of 2018, the story has only been widely reported internationally in recent days, according to The Huffington Post.

Qomolangma National Nature Reserve Deputy Director Gesang Droma told ABC News that researchers and mountain climbers would still be able to access the mountain from the Chinese side with permits. The People’s Daily said that only 300 permits would be granted this year. Tourists who want to view the north face of the mountain can still do so from the Rongbuk Monastery about a mile away from the base camp, Droma said.

Unfortunately the world’s highest mountains have become the world’s highest trash dump. Seriously climbers, the only trace you should leave behind is your courage, not garbage -.-!
.#traveltips #tibettravel #mounteverest #Everest #travelbetter #cleanup pic.twitter.com/AsxjEJAqiG

The trashing of Everest has emerged as a growing problem in recent years, with some news outlets referring to it as the “world’s highest garbage dump.”

Both Nepal and China have previously implemented policies trying to encourage climbers to clean up after themselves. Nepal charges teams a $4,000 trash deposit that is returned if they bring down at least eight kilograms (approximately 17.6 pounds) of garbage. China fines climbers if they do not return with the same amount. Despite this, only half of climbers in 2018 brought down the minimum amount of trash, according to a video posted by The South China Morning Post.