‘The Climate Crisis You Haven’t Heard of’: Even if Carbon Emissions Fall, a Third of Himalayan Ice to Melt by 2100 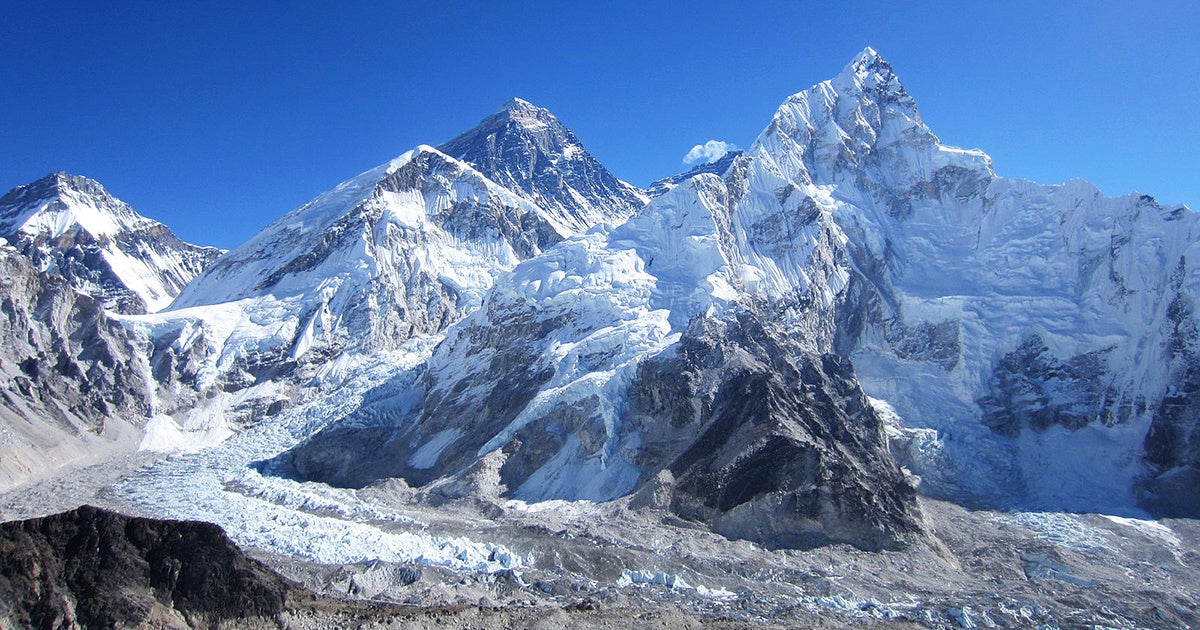 From the North Pole to Greenland to Antarctica, a series of recent scientific findings on ice loss have heightened alarm among experts, but a landmark study out Monday focuses on what the lead author called “the climate crisis you haven’t heard of”—the “shocking” amount of ice the Hindu Kush Himalaya (HKH) region is set to lose due to rising temperatures by 2100.

Even if policymakers around the world heed scientists’ urgent warnings and take immediate, ambitious actions to meet the primary goal of the Paris agreement—to limit global average temperature rise within this century to 1.5°C—about a third of the region’s glaciers will still melt, disrupting rivers across Asia, according to the new report from the International Center for Integrated Mountain Development (ICIMOD).

If planet-warming carbon emissions are cut by half and the global average temperature rise hits 2°C, researchers predict the HKH region—home to Mount Everest—will lose about half of its ice. If carbon emissions continue unabated, global average temperature will soar 4-5°C, and a devastating two-thirds of glaciers will melt in what’s often called the world’s “Third Pole.”

No matter the degree of melt, the consequences are expected to be dramatic, particularly for the 1.9 billion people reliant on regional resources. As lead author Philippus Wester of ICIMOD put it, “Global warming is on track to transform the frigid, glacier-covered mountain peaks of the HKH cutting across eight countries to bare rocks in a little less than a century.”

“Impacts on people in the region, already one of the world’s most fragile and hazard-prone mountain regions, will range from worsened air pollution to an increase in extreme weather events,” Wester said. “But it’s the projected reductions in pre-monsoon river flows and changes in the monsoon that will hit hardest, throwing urban water systems and food and energy production off kilter.”

The Hindu Kush Himalaya Assessment, the first comprehensive analysis of its kind for the region, brought together more than 350 researchers and policy experts from 22 countries and 185 organizations over the course of five years. It was styled after the Intergovernmental Panel on Climate Change (IPCC) reports—the most recent of which warned that without “rapid, far-reaching, and unprecedented” systemic changes, human-induced global warming could reach 1.5°C around 2040.

Such predictions are especially dire for mountainous regions like the HKH—which spans Afghanistan, Bangladesh, Bhutan, China, India, Myanmar, Nepal and Pakistan. At higher elevations, temperatures rise even more quickly, as the Guardian captured in a graphic inspired by the assessment’s findings: 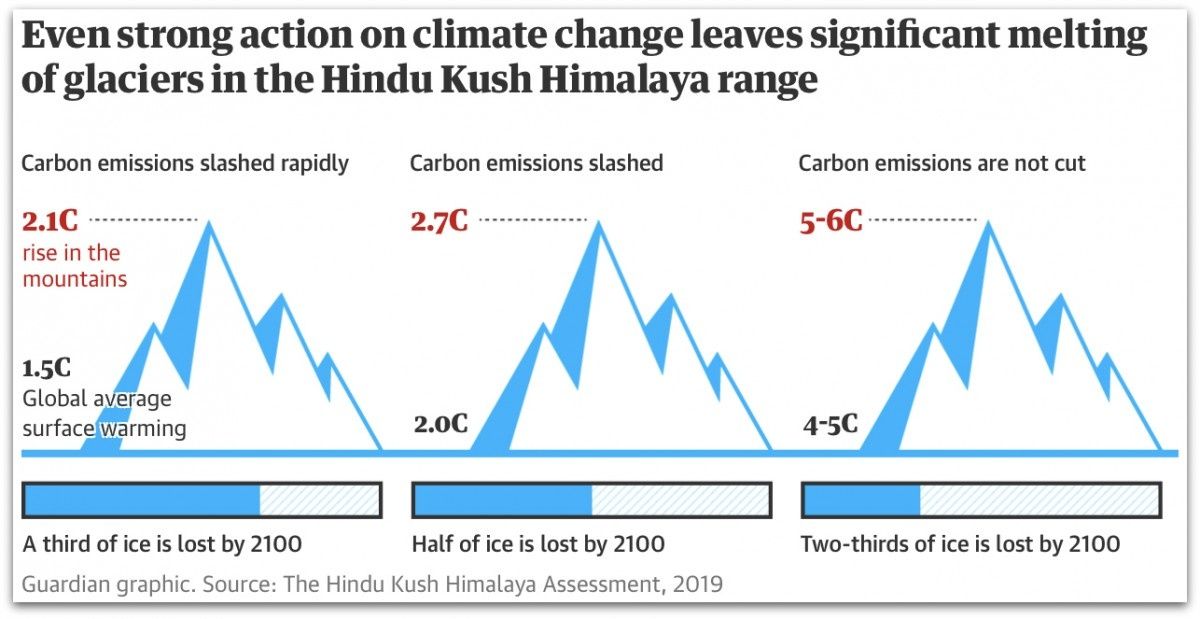 “There are rocky times ahead for the region: between now and 2080, the environmental, economic, and social conditions laid out in the report could go downhill,” concluded Eklabya Sharma, deputy director general of ICIMOD.

“Because many of the disasters and sudden changes will play out across country borders, conflict among the region’s countries could easily flare up,” he noted. “But the future doesn’t have to be bleak if governments work together to turn the tide against melting glaciers and the myriad impacts they unleash.”