What Does China’s ‘Ecological Civilization’ Mean for Humanity’s Future? 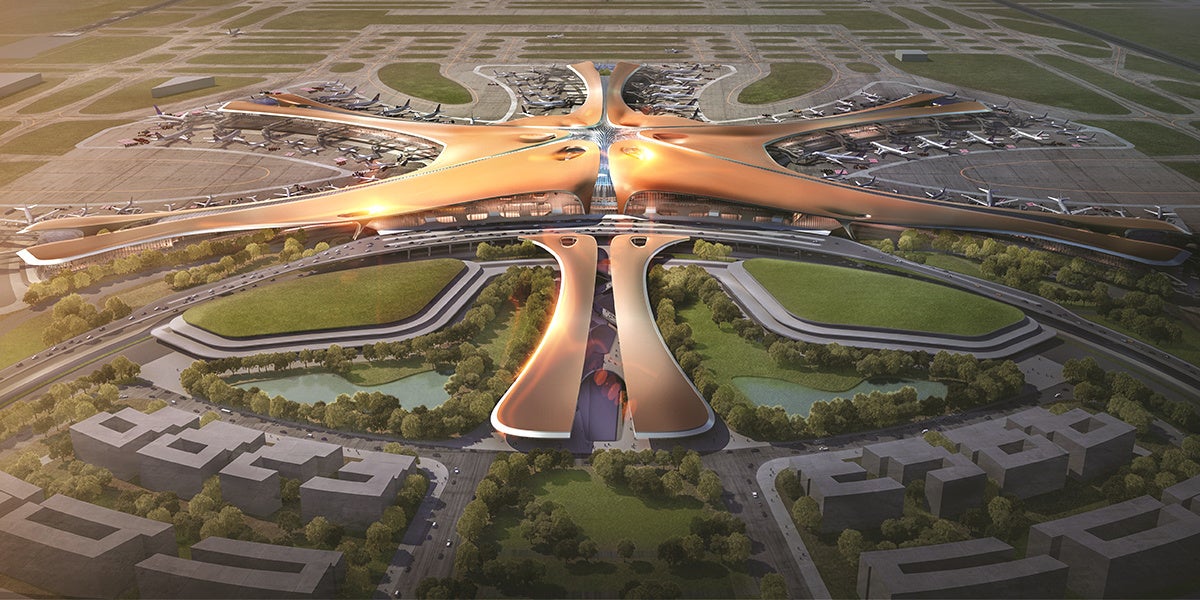 Imagine a newly elected president of the United States calling in his inaugural speech for an “ecological civilization” that ensures “harmony between human and nature.” Now imagine he goes on to declare that “we, as human beings, must respect nature, follow its ways, and protect it” and that his administration will “encourage simple, moderate, green, and low-carbon ways of life, and oppose extravagance and excessive consumption.” Dream on, you might say. Even in the more progressive Western European nations, it’s hard to find a political leader who would make such a stand.

And yet, the leader of the world’s second largest economy, Xi Jinping of China, made these statements and more in his address to the National Congress of the Communist Party in Beijing last October. He went on to specify in more detail his plans to “step up efforts to establish a legal and policy framework … that facilitates green, low-carbon, and circular development,” to “promote afforestation,” “strengthen wetland conservation and restoration” and “take tough steps to stop and punish all activities that damage the environment.” Closing his theme with a flourish, he proclaimed that “what we are doing today” is “to build an ecological civilization that will benefit generations to come.” Transcending parochial boundaries, he declared that his Party’s abiding mission was to “make new and greater contributions to mankind … for both the well-being of the Chinese people and human progress.” 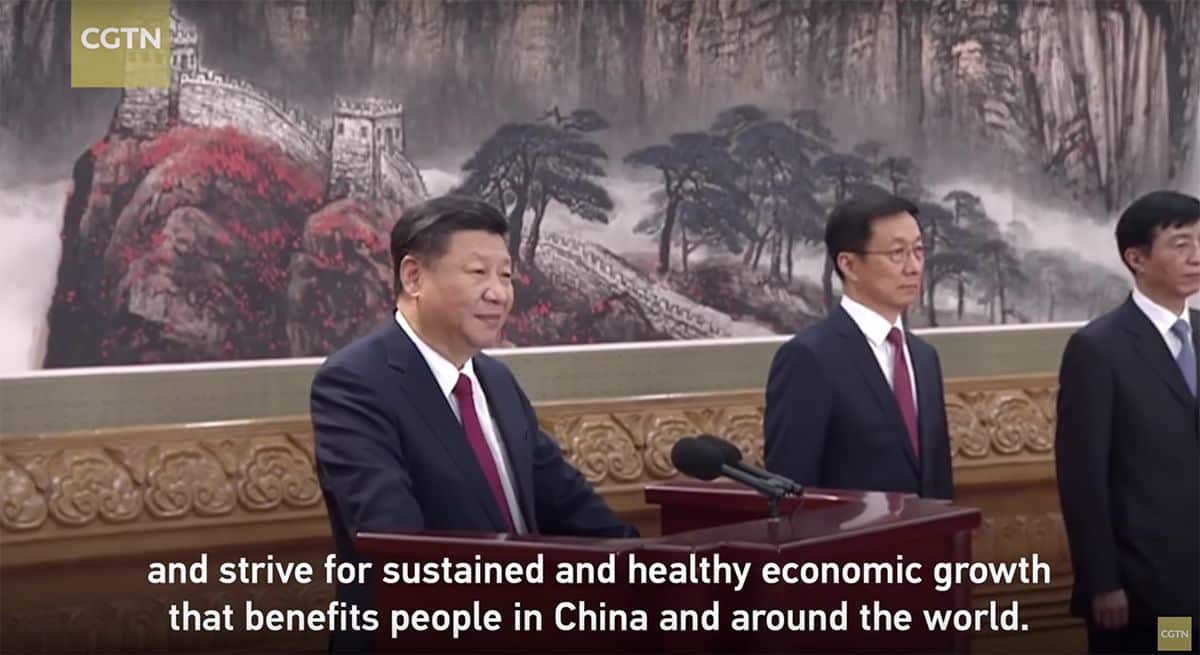 It’s easy to dismiss it all as mere political rhetoric, but consider how the current president of the United States came to power on the basis of a different form of rhetoric, appealing to the destructive nationalism of “America First.” In both cases, it’s reasonable to assume that the rhetoric doesn’t exist in a vacuum. Just as Trump‘s xenophobic vision spells potential danger for the world, so could it be that Xi’s ecological vision could offer a glimpse to a hopeful future?

In fact, this is just the type of fresh, regenerative thinking about transforming the current global economic system that many in the environmental movement have been calling for. And this hasn’t been lost on some leading thinkers. David Korten, a world-renowned author and activist, has proposed expanding the vision of Ecological Civilization to a global context, which would involve—among other things—granting legal rights to nature, shifting ownership of productive assets from transnational corporations to nation-states and self-governing communities, and prioritizing life-affirming, rather than wealth-affirming, values.

Within a larger historical context, it’s not too surprising that this vision of “harmony between human and nature” should emerge from China. As I’ve traced in my book, The Patterning Instinct: A Cultural History of Humanity’s Search for Meaning, traditional Chinese culture was founded on a worldview that perceived an intrinsic web of connection between humanity and nature, in contrast to the European worldview that saw humans as essentially separate from nature. Early Chinese philosophers believed the overriding purpose of life was to seek harmony in society and the universe, while Europeans pursued a path based on a different set of values—which have since become global in scope—driven by “conquering nature” and viewing nature as a machine to be engineered.

Furthermore, Xi’s rhetoric does seem to be grounded in at least some reality. Two months before Xi’s speech, China announced they were more than doubling their previous solar power target for 2020, after installing more than twice as much solar capacity as any other country in 2016. This new target—five times larger than current capacity in the U.S.—would entail covering an area of land equivalent to Greater London with solar panels. They are similarly exceeding their wind power targets, already boasting more capacity than all of Europe.

As a result, China has recently halted previous plans for building more than 150 coal-fired power plants. In electric cars, China is leading the world, selling more each month than Europe and the U.S. combined, with more aggressive quotas on gas-guzzlers than anywhere else in the world, including California. Additionally, China has the world’s most extensive network of high-speed trains, and has already passed laws to promote a circular economy where waste products from industrial processes are recycled into inputs for other processes.

Some observers, however, are far from convinced that China is on its way to an ecological civilization. Economist Richard Smith has written a detailed critique of China’s quandary in the Real-World Economics Review, where he argues that China’s political-economic system is based on the need to maximize economic growth, employment and consumerism to an even greater extent than in the West. These forces, he claims, run diametrically counter to the vision of an ecological civilization.

There are compelling arguments for why this makes sense. Beginning in the 19th century, China suffered more than a century of humiliation and brutal exploitation from Western nations as a result of its relative military and industrial weakness. After Mao Zedong’s death in 1978, Deng Xiaoping transformed China’s economy into a hybrid of consumer capitalism and central planning that catapulted China to its current prominence on the world stage. Astonishingly, China’s GDP is more than fifty times greater than at the time of Mao’s death, the result of a growth rate approaching 10 percent per year for four decades.

This achievement, perhaps the most dramatic economic and social transformation of all time, is bringing China back to the dominant role in global affairs that it held for most of history. Within a decade, China’s GDP is expected to surpass that of the U.S., making it the world’s largest economy. It is just in the early stages of a profusion of record-breaking industrial megaprojects of a scale that boggles the mind. It plans to extend its influence further through its Belt and Road Initiative, a vast infrastructure and trading project encompassing sixty countries in Europe, Asia and Africa, envisaged as a 21st century version of the famed Silk Road.

This industrial avalanche comes, however, at great cost to China’s—and the world’s—environmental well-being. China is by far the world’s largest consumer of energy, using over half the world’s coal, a third of the world’s oil, and 60 percent of the world’s cement. Astonishingly, China poured more cement in three years from 2011 to 2013 than the U.S. used during the entire twentieth century! China is also the world’s largest consumer of lumber, as Smith described, “leveling forests from Siberia to Southeast Asia, New Guinea, Congo, and Madagascar.” These are just some of the forces that draw Smith to the conclusion that Xi Jinping’s vision of an ecological civilization is untenable. “The hyper industrialization required,” he wrote, “to realize this China Dream of great power status compels him … to let the polluters pollute, pump China’s CO2 emissions off the chart, and thereby bring on the ecological collapse not just of China but the whole planet … Xi Jinping can create an ecological civilization or he can build a rich superpower. He can’t do both.”

Intimately Placed Between Heaven and Earth

Or can he? That is a crucial question with ramifications for all of humanity. While it is clear that future economic growth at anything close to China’s historic rate is untenable, there is a more nuanced question that poses the possibility of a sustainable way forward for both China and the world. Once China has regained its status as a leading world power, can it achieve yet another transformation and redirect its impressive vitality into growing a life of quality for its people, rather than continued consumerism? Is it possible that Xi Jinping is sowing the seeds of this future metamorphosis with his vision of an ecological civilization?

There is urgent awareness among thought leaders around the world that continued growth in global GDP is leading civilization to the point of collapse. Movements are emerging that call for “degrowth” and other approaches to a steady-state economy that could allow a sustainable future for humanity. But how can we break the death-grip of a global system built on continually feeding the growth frenzy of gigantic transnational corporations voraciously seeking a never-ending increase in profits to satisfy their shareholders? Along with the grassroots citizen movements emerging around the world, is it possible that China could pioneer a new path of sustainability, steering its citizens back to the traditional values that characterized its culture over millennia?

Even if China could achieve this redirection, the continuous human-rights abuses of its authoritarian government raise further questions. An ecological civilization—as envisaged by Korten and many others in the environmental movement—seems inconsistent with a centralized bureaucracy forcing its rules on citizens through coercion and repression. For China to genuinely move in this direction, Xi would need to be prepared to devolve decision-making authority and freedoms back to the Chinese people. It’s a tall order, but not necessarily inconceivable.

For those living in the West, it would take a tremendous dose of cultural humility to accept philosophical leadership from China on the path to a flourishing future for humanity. But, if we are to get to that future, we must recognize the structural underpinnings of Western thought that brought us to this imbalance in the first place. A thousand years ago, Chinese philosopher Zhang Zai expressed a realization of connectedness with the universe in an essay called the Western Inscription, which begins with these words:

Heaven is my father and earth is my mother, and I, a small child, find myself placed intimately between them.

All people are my brothers and sisters; all things are my companions.

Is it possible that this deep recognition of human interconnectedness, rooted in traditional Chinese culture, could form the philosophical basis for a future ecological civilization? The answer to this question may ultimately affect the future well-being, not just of China, but of the entire human family.

Jeremy Lent is the author of The Patterning Instinct: A Cultural History of Humanity’s Search for Meaning, which investigates how different cultures have made sense of the universe and how their underlying values have changed the course of history. He is founder of the nonprofit Liology Institute, dedicated to fostering a sustainable worldview.