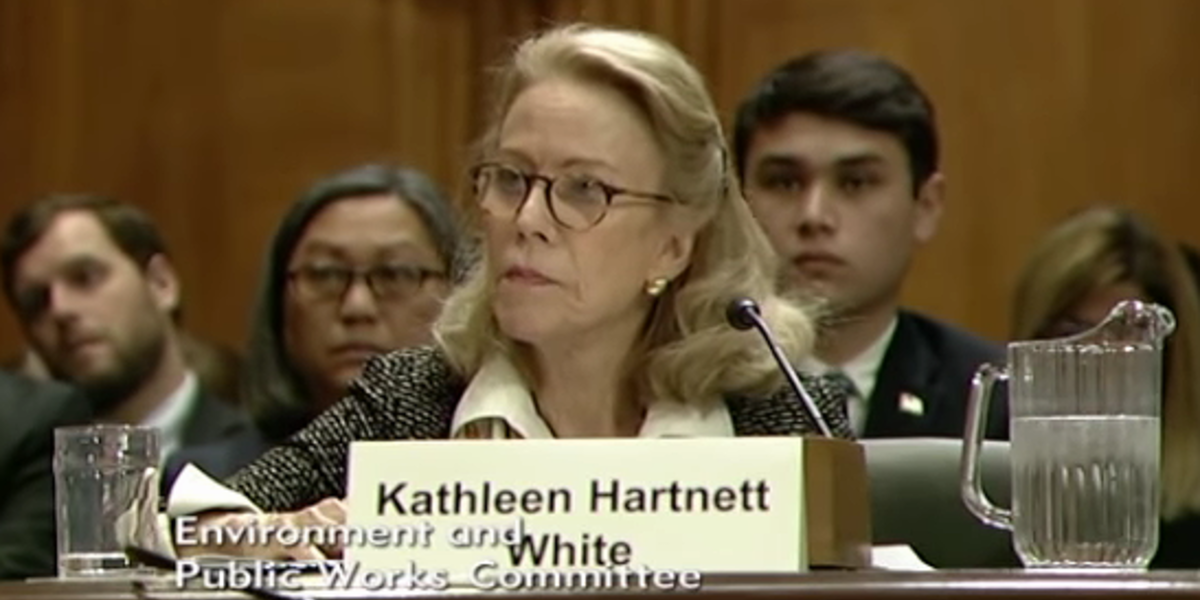 The Trump administration re-nominated Kathleen Hartnett White on Monday to be chair of the Council on Environmental Quality (CEQ) after she failed to secure a Senate confirmation last year.

The CEQ chair oversees environmental policy across all federal agencies. But during Senate hearings in November, White struggled to answer basic questions about the CEQ’s role and whether she would use facts in environmental recommendations to the president. She continues to deny that carbon dioxide is harmful to the planet.

“White is a disastrous candidate who will have a profoundly destructive effect on our climate and wildlife if given this job in the Trump administration,” said Stephanie Kurose, endangered species policy specialist at the Center for Biological Diversity. “Her extreme views and disturbing record should disqualify her from this crucial leadership position.”

White has previously argued there is a “moral case” for expanding fossil fuel development regardless of carbon dioxide emissions. She also claimed there is a “connection between the abolition of slavery and humanity’s first widespread use of energy from fossil fuels.”

In her current position at the Texas Public Policy Foundation—a conservative think tank that has received huge donations from fossil fuel interests that include Koch Industries, ExxonMobil and Chevron—White has worked to undermine the Endangered Species Act.

Nearly 50 organizations sent a letter to the Senate Committee on Environment and Public Works opposing White’s nomination. The letter expressed support for the Endangered Species Act, which has saved more than 99 percent of species under its protection from extinction and put hundreds of species on the path to recovery.

“White is yet another Trump appointee picked to lead an agency whose conservation mission she fundamentally rejects,” said Kurose. “Confirming her to this powerful position would be shortsighted and deeply irresponsible.”

The Trump administration also re-nominated Susan Combs to be assistant secretary of policy management and budget within the U.S. Department of the Interior. Combs—an outspoken opponent of federal endangered species protection—built her career by favoring big corporations and special interests over the needs and survival of imperiled species.