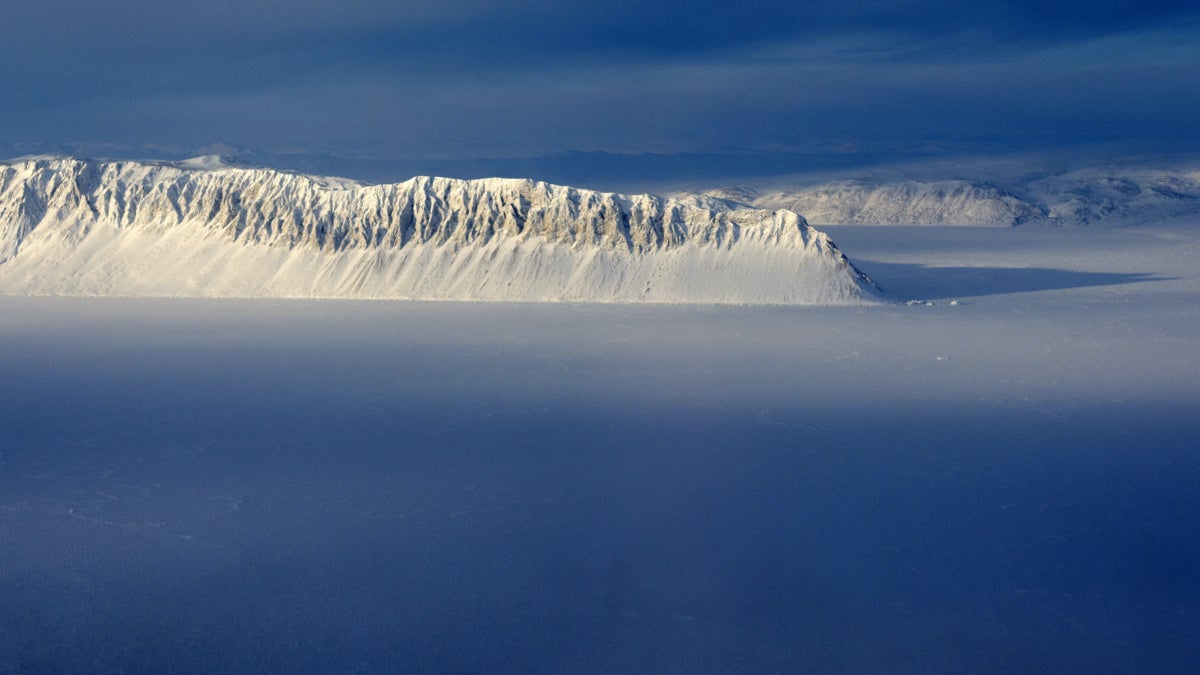 A 4,000-year-old ice shelf in the Canadian Arctic has collapsed into the sea, leaving Canada without any fully intact ice shelves, Reuters reported. The Milne Ice Shelf lost more than 40 percent of its area in just two days at the end of July, said researchers who monitored its collapse.

Unlike glaciers, ice shelves are part of the ocean.

The Milne Ice Shelf on Ellesmere Island in Canada’s Nunavut territory fell into the Arctic Sea and started to drift before breaking into two large chunks. The Copernicus Sentinel satellite captured the entire event, CNN reported.

Time-lapse photos on Twitter show the satellite animation between July 30 and August 4, as the ice shelf lost approximately 43 percent of its area. When the fallen pieces split in two, the larger one formed an iceberg roughly the size of Manhattan, according to Business Insider.

Satellite animation, from July 30 to August 4, shows the collapse of the last fully intact #iceshelf in #Canada. The Milne Ice Shelf, located on #EllesmereIsland in #Nunavut, has now reduced in area by ~43%. #MilneIceIsland #seaice #Arctic #earthrightnow #glacier pic.twitter.com/jjs1gawoxA

The massive break was first noticed by ice analyst Adrienne White of the Canadian Ice Service, the AP reported.

“This is a huge, huge block of ice,” White told the AP. “If one of these is moving toward an oil rig, there’s nothing you can really do aside from move your oil rig.”

The break resulted from polar amplification, which causes the Arctic to warm faster than the rest of the world, Business Insider reported. For example, today’s polar ice caps are melting six times faster than in the 1990s.

“Above normal air temperatures, offshore winds and open water in front of the ice shelf are all part of the recipe for ice shelf break up,” the Canadian Ice Service said on Twitter, according to Reuters.

A huge section of the Milne #IceShelf has collapsed into the #Arctic Ocean producing a ~79 km2 ice island. Above normal air temperatures, offshore winds and open water in front of the ice shelf are all part of the recipe for ice shelf break up. #MilneIceIsland #Nunavut #seaice pic.twitter.com/fGfj8Me9tA

“Entire cities are that size. These are big pieces of ice,” said Luke Copland, a glaciologist at the University of Ottawa and part of the research team studying the Milne Ice Shelf. He told Reuters that this summer the Canadian Arctic experienced temperatures about 5 degrees Celsius warmer than the 30-year average.

“Without a doubt, it’s climate change,” Copland told the AP, adding that the ice shelf is melting from both hotter air above and warmer water below. “The Milne was very special. It’s an amazingly pretty location.”

According to Business Insider, a research camp was lost when the shelf broke apart, as was the Northern Hemisphere’s last known epishelf — a freshwater lake contained by an ice shelf.

“It is lucky that we were not on the ice shelf when this happened, our camp area and instruments were all destroyed in this event,” Derek Mueller, a professor in the Department of Geography and Environmental Studies at Carleton University, said in a blog post, CNN reported. His team’s trip had been canceled due to the COVID-19 pandemic.

Now that a large chunk of the ice shelf has collapsed into the ocean, there is the potential for additional cracking and movement, the Water and Ice Research Laboratory (WIRL) said in a press release. The ice shelf is still unstable and further ice breaks are possible in the coming days and weeks, WIRL warned.

Ice shelves can help limit rising sea levels since they act like a dam, CNN reported.