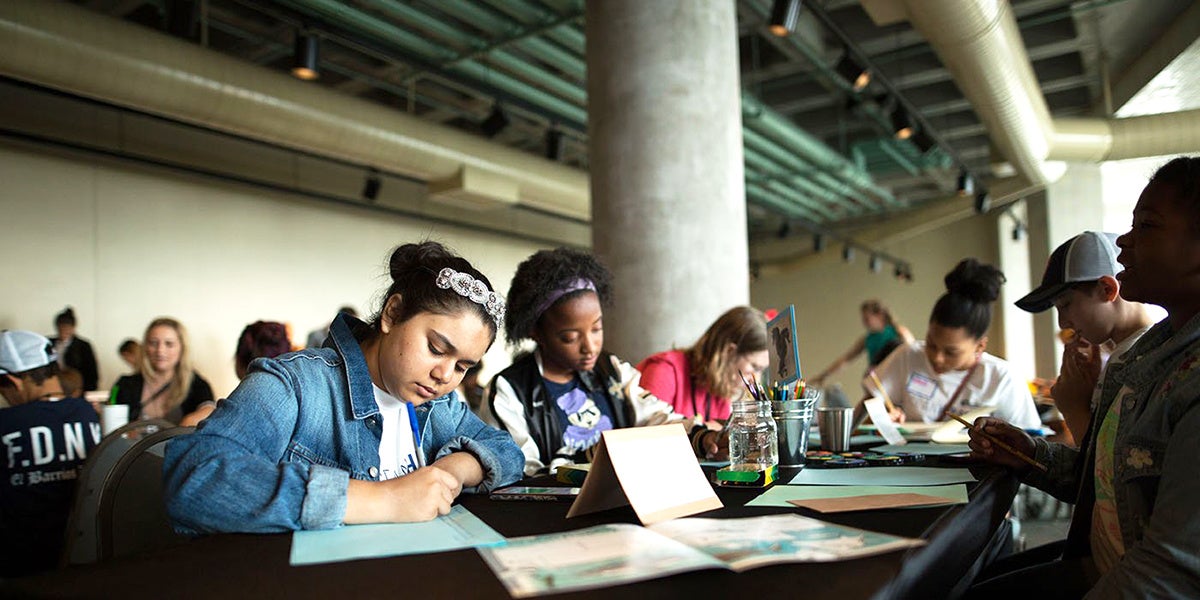 Hrilina Ramrakhiani and other participants take part in an activity called "Love Letters to the Sea". Emy Kane / Lonely Whale

The impact of young people’s activism has not gone unnoticed. From 16-year-old Jamie Margolin leading the upcoming Zero Hour youth climate marches in Washington, DC to the lawsuit Juliana v. United States filed on behalf of 21 youths suing the government for failing to address climate change—youth are leading the way on climate action.

And climate change isn’t the only big environmental problem that youth are stepping up to address. They’re also asserting leadership around the issue of plastic pollution.

The Ocean Heroes Bootcamp in New Orleans brought together nearly 1,000 youth activists ages 11 to 18 in early June. The camp gave attendees tools and knowledge to build new campaigns aimed at reducing plastic. It was organized by youth activists in collaboration with 10 national environmental organizations including the Captain Planet Foundation and Lonely Whale.

During the camp, participants were organized into teams, or squads. Each squad had a youth activist and an adult from a partnering environmental organization who led the team in planning and presenting campaign strategies to reduce single-use plastic straws in their home communities. Youth squad leaders also helped train the participants in campaign organizing strategies. 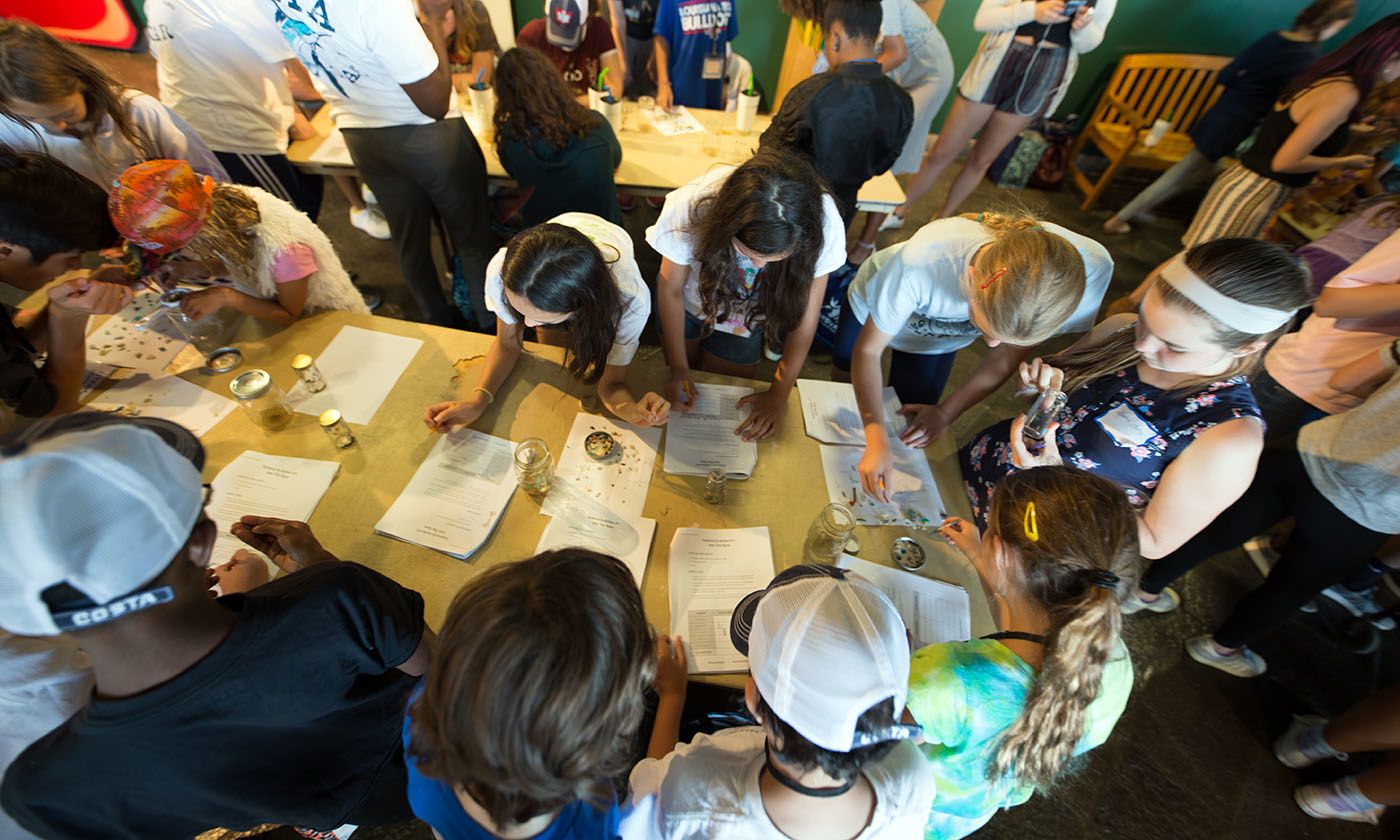 “All the data shows that if we don’t stop this now and don’t execute serious policies, then we are going to have surpassed the point where we can manage the plastic pollution,” said Leesa Carter, executive director of the Captain Planet Foundation, a lead organizer of the Ocean Heroes Bootcamp.

At the rate that plastic is being produced today, the Ellen MacArthur Foundation reports, there may be more plastic than fish, by weight, in the ocean by 2050.

At the boot camp, youth and mentors led workshops and activities to build skills in things like clear and confident communication and how to pitch a campaign. The camp also gave youth the opportunity to collaborate internationally. Seven international on-site locations, including Vancouver, Canada, and Nairobi, Kenya, participated in the boot camp through a virtual summit organized by Ocean Wise, which took place concurrently with the on-site event in New Orleans.

“We’ve had so many youth activating around the plastic pollution issue, so being able to provide them with a forum to meet their counterparts on this issue was extraordinary,” Carter said.

Youth like Hannah Testa, 15, who partnered with senators from her home state of Georgia to develop a resolution to educate members of their communities about the growing plastic pollution crisis. Testa served as a one of the squad leaders during the boot camp.

Ten-year-old Robbie Bond from Honolulu and 11-year-old Sophia Albalita and 12-year-old Liam Burns, both from Atlanta, were also there. During the boot camp, the three collaborated on a plan to approach Hawaiian Airlines about the removal of plastics from all flights.

On the last night of the boot camp, Bond—while out to dinner with his family near the French Quarter—convinced the restaurant owner to commit to transitioning from plastic straws to paper straws on the spot.

“They really began to understand their role in shifting awareness [and] building and shifting policy around single-use plastics,” Carter said. “It just goes to show the power of radical collaboration and the energy around this crisis.”

Eight of the participants presented their campaigns virtually to world leaders at the G7 Summit in Quebec, Canada, earlier this month. Among these were 17-year-old Carter Ries and his sister, 15-year-old Olivia.

“I asked the G7 leaders to make a legally binding global treaty that would end plastic pollution by 2020,” Carter said. “We got them to commit in front of everyone to fight to stop plastic pollution.”

Carter and Olivia started their organization, One More Generation, when they were 9 and 8 years old to help protect endangered species. They have since launched their One Less Straw Campaign to encourage businesses from around the world to eliminate plastic straws. The five-year program, which began two years ago, has already had over 600 businesses make this commitment, including the Hilton, which announced in May that they will be removing plastic straws from its 650 managed properties by the end of the year.

“We are starting to realize that we need to make a change now. If we don’t, then the next generation may not have that chance,” Olivia said. 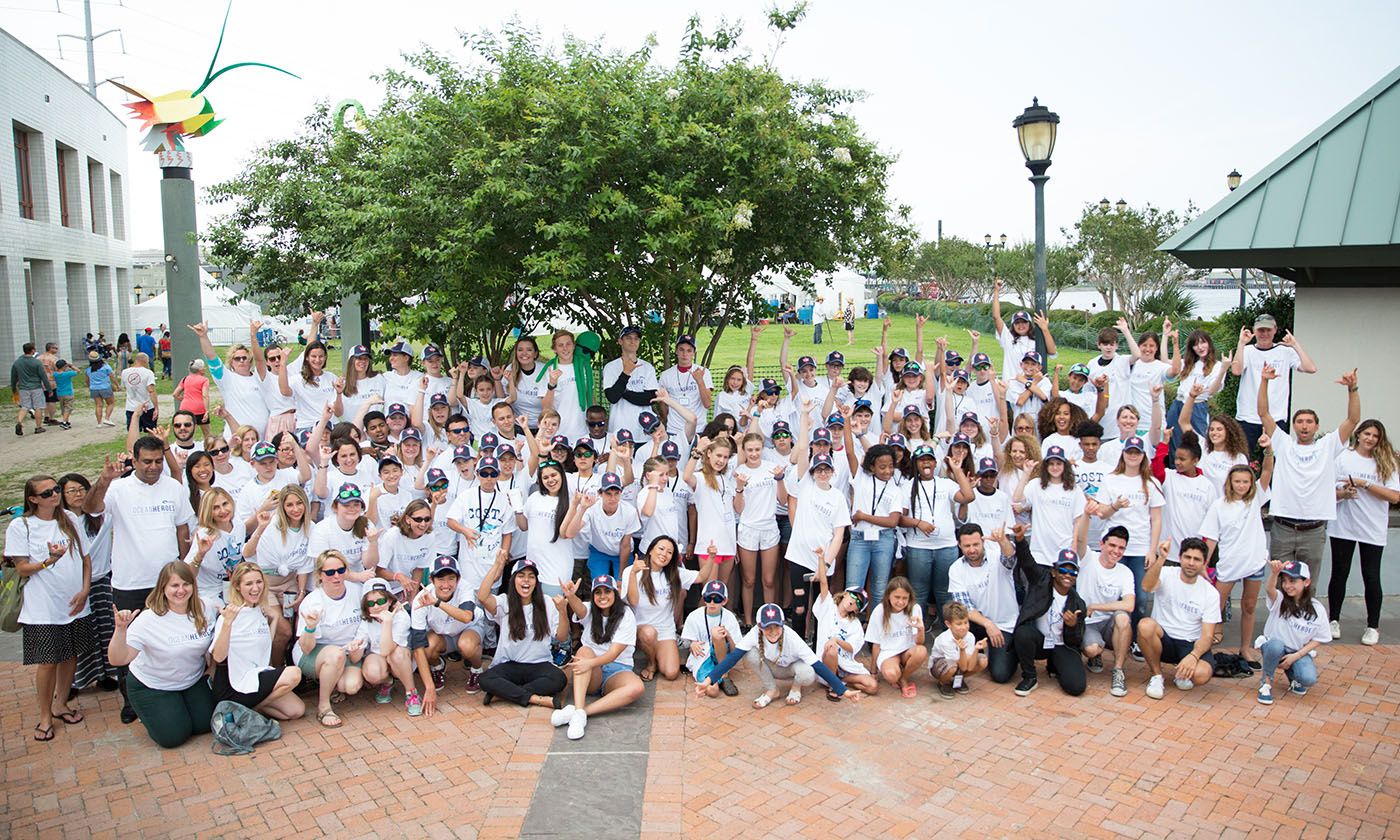 Partners of the Ocean Heroes Bootcamp put together the event in a couple months.

“It was amazing how many folks came forward and wanted to participate. It was crazy fast,” Carter said. “We are so fired up by what we saw [that] we are already on board for [another boot camp in] 2019.”

In anticipation for next year’s event, the Ocean Heroes Action Toolkit has been launched to help young activists develop a campaign in their local communities to keep single-use plastics out of the ocean and request funding for their projects. Youth who submit campaigns through the action toolkit will be prioritized for participation in next year’s boot camp.

“Anybody can make a difference. You just have to show people that you are passionate. That’s what our entire Ocean Heroes Bootcamp was about,” Carter said. “The real change happens when you educate people and find other passionate people. It makes you more passionate and creates a ripple effect.”

Correction: A previous version of this article had the name wrong for the Captain Planet Foundation. This article has been updated with the accurate name of the foundation.