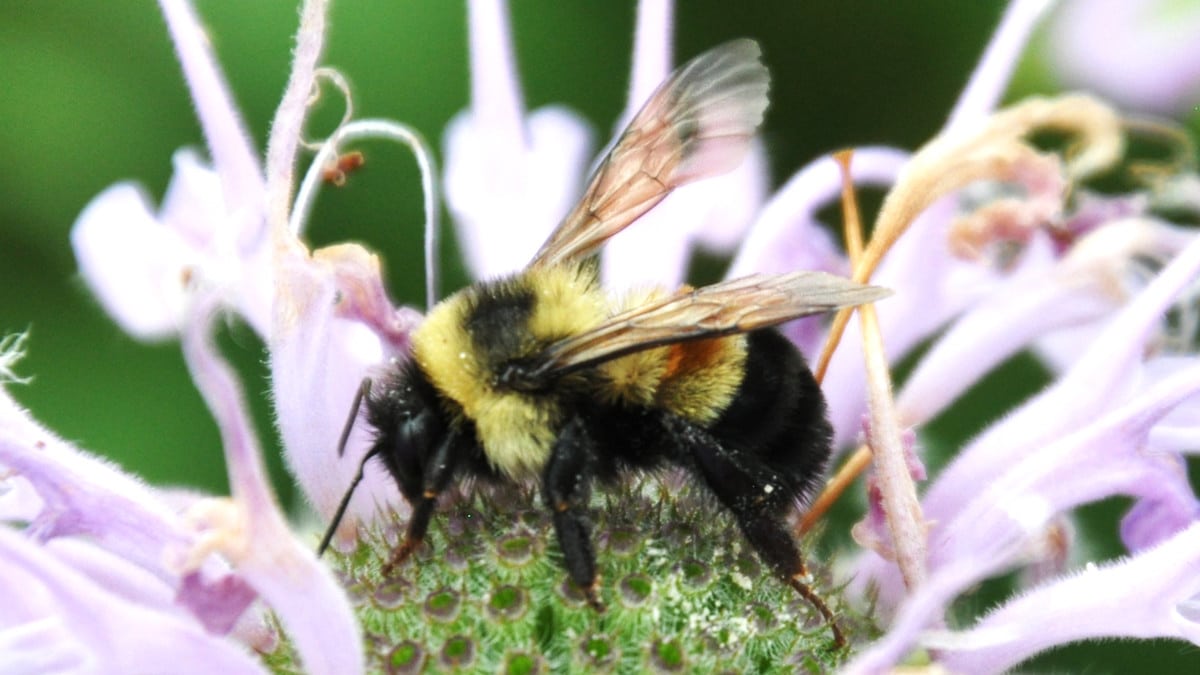 Bees are facing a pandemic of their own.

A collection of threats — habitat loss, pathogens, pesticides, pollution and poor nutrition — have led to widespread decline in bee health and pollinator populations.

The threats add up: The number of commercial honeybee colonies declined by more than quarter million between April and June 2020, according to the latest data from the U.S. Department of Agriculture. Native bees are at risk, too, with 1 in 4 native species in North America at risk of extinction.

“Things are not going so well for bees,” says Arthur Grupe, a postdoctoral researcher at the University of Colorado. “There’s been a lot of research looking into the causes, and usually, humans try and look for the magic bullet — what is the one thing causing this problem that we can stop? And the research has shown that it’s actually a collection of things.”

A single-cell fungal pathogen called Nosema is one of the latest threats.

Nosema reproduces in the gut, where it ruptures, spreads out and then infects the cells of the digestive tracts. It leads to lethargy, reduced foraging ability, poor sense of direction and, often, death.

Although Nosema apis and Nosema ceranae — two strains of the fungi — have been regularly recorded in Europe, North America and Southeast Asia, the pathogen is now more widespread than ever, according to recent research published in the journal PLOS Pathogens. Grupe was the lead author.

Grupe notes that N. apis, once the dominant strain affecting commercial bee colonies, was observed to be seasonal, which helped protect against total colony collapse. The increasing export of commercial beehives from Europe, however, has expanded the distribution of the problematic pathogen. 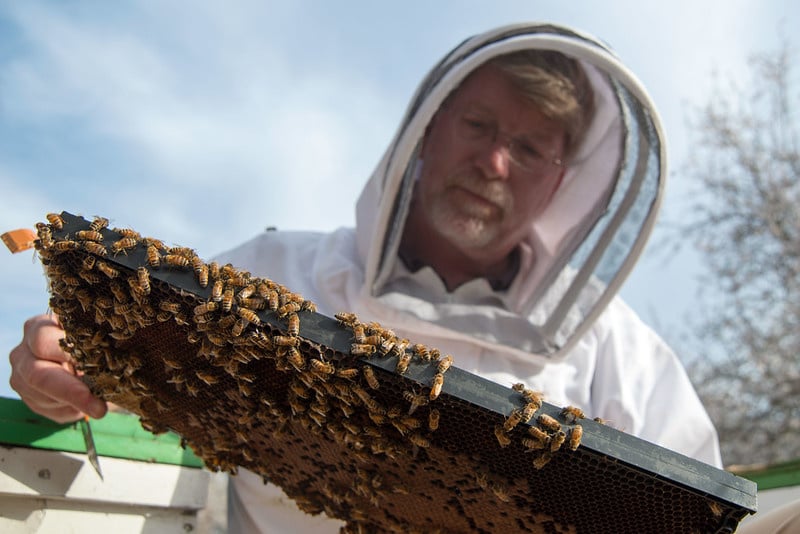 At the same time, reports of N. ceranae have increased dramatically — and it infects hives all year long.

“Historically, it was thought that Nosema ceranae wasn’t so much of a problem because its spores can’t survive freezing or near-freezing temperatures,” he explains. “But as winters have become milder these spores are able to persist and then cause infection, and Nosema ceranae has overtaken Nosema apis as the predominant infect of European honeybees.”

Once a bee is infected with Nosema, it can contaminate entire colonies — where social distancing is not an option — and spread that infection to the wild. Infected honeybees can leave spores on flowers, transmitting the pathogen to other susceptible pollinators, including native bees. This “community spread” has led Grupe and his co-author C. Alisha Quandt to declare it a “pandemic” in their paper.

Research published this July in the journal Nature Ecology and Evolution illustrates the threat. Field studies in upstate New York found that one in 11 flowers carried disease-causing parasites, including Nosema ceranae, N. bombi, Crithidia bombi, C. expoeki and neogregarines that were linked to declines in bee populations. Social bees, including honeybees and bumblebees, were more likely to be infected with parasites than solitary bee species.

“Bees visit hundreds of flowers a day and act as a ‘shared food source’ between the other foraging bees in the area which will feed from the same flowers,” explains study co-author Peter Graystock, now a research fellow at Imperial College in London. “If a bee has been in contact with parasites or is suffering from an infection, they may shed some contagious parasite cells on the flower when they visit it, and then when a subsequent bee visits the same flower, the bee may become infected with those parasite cells or spores.” 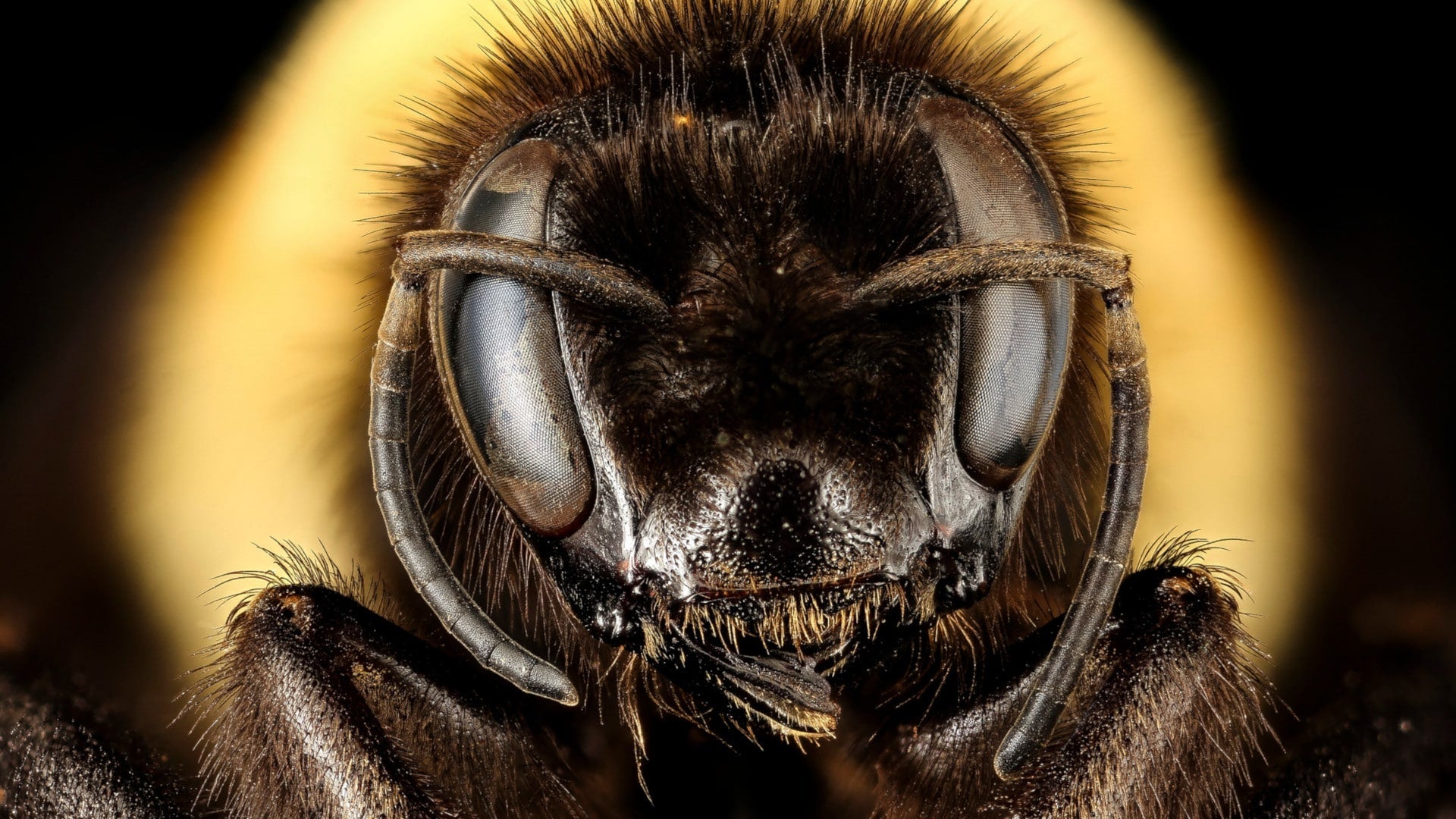 To understand more about that air-quality risk, Barbara Smith, associate professor at the University of Coventry, is working with beekeepers in the United Kingdom to set up sensors in their hives to record the level of air pollution and incidents of disease to determine whether there is a correlation.

“We know that air pollution is bad for humans and mammals, and we’re interested to see if the same is true for invertebrates,” Smith explains. “We have reason to believe that it could have an impact, because we know that we can record air pollution particulates in honey.”

Indeed, previous research found that pollutants lingered on the bodies of honeybees in areas with high levels of air pollution; exposure to diesel exhaust interfered with their foraging ability; and that air pollution may affect the heart and immune systems of wild honeybees.

Smith hopes her research, funded through the British Beekeepers Association, will provide more data about the impact of air pollution on bee health and population decline. Even if the results are conclusive, she knows it’s just one of the issues that needs to be addressed to restore pollinator populations.

“I don’t think that these declines in pollinators are down to one thing,” she says. “It’s about a suite of things that are happening. It’s like a perfect storm.”

The fact that bees are facing multiple threats to their health and survival means that coming up with a single solution is impossible, especially when researchers are still trying to collect data.

Grupe notes that most of the research on Nosema infections has focused on European honeybees. The pathogen also affects native bees, but few researchers have done environmental surveys to capture wild bees from native ecosystems and screen them for Nosema.

To complicate matters, the manufacturer that made a chemical control for Nosema, which the company called its “bread and butter,” went out of business in 2018, leaving beekeepers without access to a treatment. Grupe cites a mix of high prices and a complex supply chain that led to the discontinuation of the product.

But the cost for bees could be higher.

In the absence of treatment, Graystock promotes prevention. Increasing floral abundance and diversity, he says, could offer some protection against parasite transmission. His research showed that the incidence of parasites was higher when floral numbers were low and decreased as the number of floral resources increased.

Diverse plant communities may be especially important in urban areas where higher human populations are linked with fewer species of wild bees, according to a 2020 study published in the journal Landscape and Urban Planning. 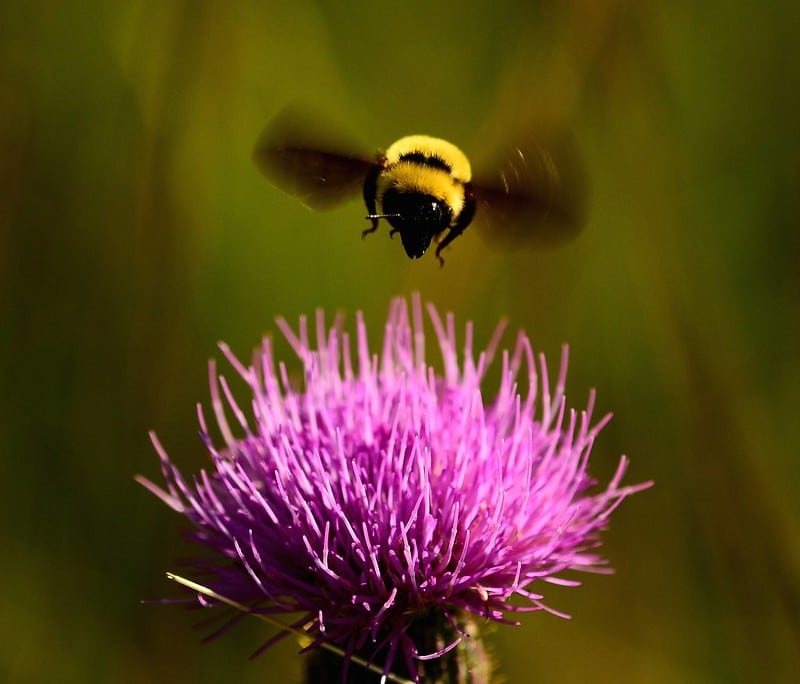 Planting strips of native pollinator plants on farmland could even improve crop yields. Another study published this summer found that five out of seven crops in major crop-producing areas had lower yields and production due to pollinator limitations. Attracting wild bees and honeybees, especially in intensive production areas, could help bolster food security, the research showed.

All of this backs up Graystock’s points.

“It’s important to appreciate the vast diversity of our pollinator communities, not just in terms of bee diversity but also floral diversity,” he says. “Frequently in ecology we find the solutions for maintaining the health of our wildlife are simply to support and promote our native wild communities above others.”